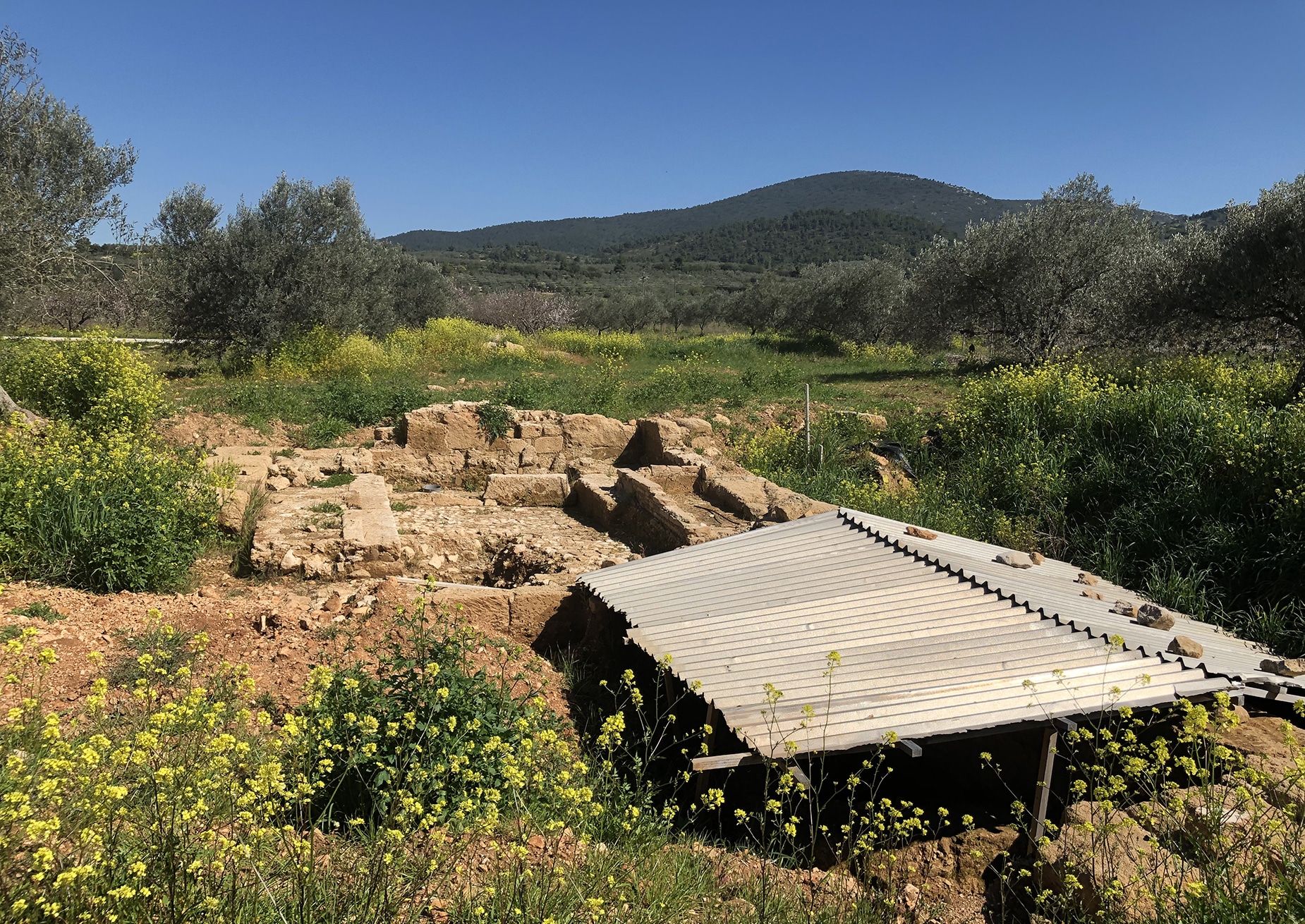 TENEA, Greece – When Greek archeologist Eleni Korka and her team discovered some of the remains of a housing settlement, hundreds of coins and jewelry in the early autumn last year, they knew they had a made a historic discovery linking the wealthy ancient city of Tenea, founded by prisoners of the Trojan War, to Ancient Corinth and Mycenae.

Tenea, as a city, was established after King Agamemnon brought over from Tenedos Trojan prisoners, Korka told New Europe during a visit to the archeological site, while noting that Agamemnon established Tenea at a very strategic point where it could protect Mycenae from invaders or maybe other enemies that would try to attack Mycenae.

The most recent excavation unearthed cemeteries from the Hellenistic and Roman periods, and, for the first time, remnants of the city.

“There was definitely the nucleous of a previous city because we’re aware, from the mythology of the area and described by ancient writers, that Polybus, the King of Corinth, had his summer palace in Tenea and that’s where he raised Oedipus,” Korka said.

When Oedipus was an infant, he was abandoned by his parents and found shelter in the court of King Polybus of Corinth, Korka said. “After being brought up there, he (Oedipus) went back to Thebes, as we already know and solved the riddle of the Sphinx. It is interesting that in our excavation we have found objects which connect to the legend of Oedipus because there is a lamp where we see Oedipus battling with the Sphinx and there is another lantern where Aeneas – the famous Trojan hero – is leaving Troy and is holding on to his elderly father on his shoulder and his young son Ascanius and he is leaving for Troy,” Korka said.

“Finding these objects in our excavation shows us that there was this belief that these were heroes connected to the city of Tenea. We are aware of the city under the name Tenea but without any doubt there were very important remains even before that,” the Greek archeologist said.

Korka added that this year there would be a world conference connecting Troy, Tenea, and Rome. “2019 is dedicated to Troy and there will be many events taking place in Troy. Since Tenea has now come to light and was inhabited by Trojan prisoners, we will organise a conference in the beginning of December entitled Troy-Tenea-Rome,” she said, adding that conference’s participants, including leading archeologists and scholars, will compare material found in excavations from each area.

Last year was a turning point regarding the finds of Tenea. “We were excavating cemeteries either from the Archaic, Hellenistic, and Roman periods. We did find a very important road – an artery of the ancient city but finding the houses themselves, the domestic remains of the city, was very important,” Korka said.

“We were able to see the luxurious constructions, very elaborate decorations with floorings, columns and finds from inside the buildings such as 200 coins which give us a very good view into the life of the ancient city and the great prosperity the city had during Roman times because the Romans were brothers to the Teneans as they also came, according the myth, from Troy,” she added.

The Greek archeologist also noted that there was a main roadway connecting Tenea with Corinth and Mycenae and inside the city and it was so wide it could support traffic in two directions, like an ancient highway.

In 2019, Korka and her team will continue excavating to try to find the limits of the city. She noted that the ancient houses that were discovered were very elaborate with multiple rooms and courtyards, marble floors and columns as well.

They also found a big jar that must have been for storing foods and materials for the living, and a very elaborate aquaduct to bring water into the city.

“Another important find was evidence of child burial. Children were allowed to be buried inside the city only when they were very young, otherwise all burials took place outside the city walls,” she said.

Korka has asked for permission to excavate near the village of Chiliomodi where the archeological site is located. Chiliomodi is the home village of famous Hollywood actress Irene Papas whose house is used by the archeologists during the excavating period. “Hopefully we will find other remains of the city and parts of the Agora. We know that the main god in Tenea was Apollo because, of course, they were Trojans, but other gods also existed. We have finds that connect to religious practices from the excavations of the cemeteries because you can find a lot about the life of the city through the remains in the cemeteries. Under the Roman mausoleum, which we found, there was a cistern and that was definitely connected to rituals,” Korka said.

Teneans went to Syracuse in Sicily in 750 BC an important colony of Corinth at that time, Korka said. The inhabitants that were sent to Syracuse were from Tenea, she said, concluding, “There are archeological finds that confirm the connection.”