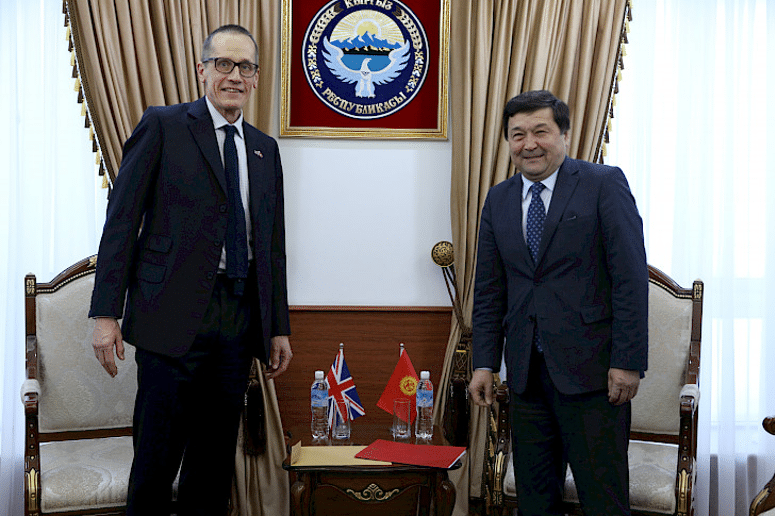 According to the Kyrgyz Foreign Ministry’s press service, the main purpose of the meeting was to discuss current issues and prospects for bilateral cooperation after the planned withdrawal of Great Britain from the EU.

Ambassador Garrett praised the democratic processes in the Kyrgyz Republic, under which the country has achieved success in establishing the rule of law, forming a free, legal society and relevant democratic institutions.