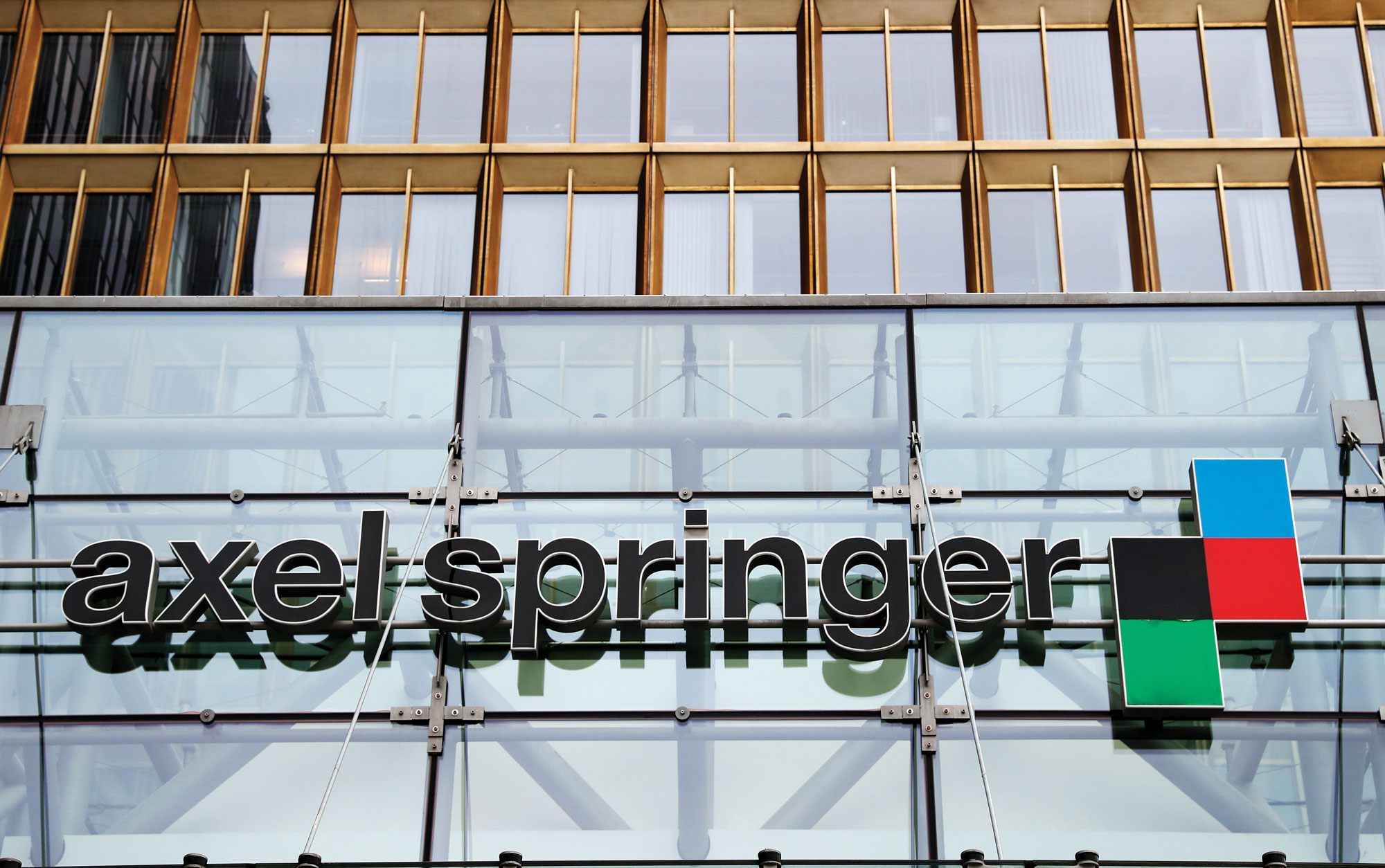 Media is supposed to hold politicians to account. It has the power to make, or break careers. To what extent should publishers use this power? That question is being posed right now all across Brussels as the EU considers the introduction of a ‘neighbouring right’ as a part of reforms of the copyright directive.

This right, long sought after by large publishers like Axel Springer, would allow news companies to prevent websites and platforms from displaying their news without payment in return. The demand is pretty reasonable when you look at the vast revenues of some online companies, and the ever weakening finances of media, a key tenet of a functioning democracy. However, scratch the surface a little and things are not what they seem – the puppet hand of these large publishers is moving chess pieces to ensure their king remains protected; with just the publishers seeing the benefit of the proposed neighbouring right and not necessary the journalists or content creators.

Despite opposition to the proposed neighbouring right, it looks to be sailing through to victory in both the Parliament and the Council. The European Parliament’s own internal research service (DG IPOL) said the measure was not needed and raised objections relating to freedom of expression. The Commission’s Joint Research Centre found it was not needed (in an unpublished report), while journalists’ representatives like the Organized Crime and Corruption Reporting Project (the group behind the Panama Papers) warn it will limit the ability of independent media organizations to provide accurate and fair reporting. 200 European copyright academics, independent publishers and journalist representative organisations rejected the claim that it would help independent journalism. Even journalists’ associations have raised objections as without a means to share the revenue, this would simply afford greater rights to publishers with little advantage for the journalists themselves.

When a neighbouring right was introduced in Spain publications saw a drop of between 8-15% in their audiences. The European Innovative Media Publishers, a representative organisation of small and medium publishers say the neighbouring right would cause many to close up shop, like it did in Spain.

Most in Brussels and beyond think that the concept has great merit. A better balance of power between media companies and internet companies is needed but the alarm has been sounded by many saying this is not the solution. So how has a measure as controversial as this, gotten this close to implementation?

In recent months, the Brussels bubble has been brimming with cranky complaints that there are too many Germans in high positions running the EU, and in particular Christian Democrats.

This rhetoric started with the confirmation of Martin Selmayr to Secretary-General of the European Commission. But unlike other Germans at the top levels of power in the EU capital, Selmayr, a member of the German Christian Democratic Party (CDU) is perhaps the only German to have been powerful enough to not have relied on his party’s support to become, and remain, a kingmaker in Brussels.

As a result, pressure is mounting for Klaus Welle, the CDU Secretary General of the European Parliament to be moved aside, to help restore balance in the top positions of the EU institutions. However, the landscape was formed and continues to evolve, having this high number of important positions occupied by German Christian Democrats has no doubt proved very beneficial to Axel Springer and the German press publishers.

The German CDU has always kept an eye to what the biggest publishers in Germany think of their policies. After all, media play an outsized role in shaping public opinion toward their policies. Right now Axel Springer and German publishers need not worry as CDU politicians are lining up in Brussels to promote and defend the introduction of a neighbouring right despite its failure back home and in Spain. The concept was introduced by former Digital Commissioner, Gunther Oëttinger, saved from near ruin by replacement rapporteur, Axel Voss MEP, supported strongly by Manfred Weber, the EPP Group President in the European Parliament and staunchly defended by the German government in the European Council.

Strange that almost each and every proponent is a member of the CDU.

Interestingly, Weber, who very much hopes to be the EPP Party’s spitzen candidate in the 2019 European elections, is going to great lengths to push this issue through. Behind closed doors, the EPP is not unified on the issue yet and pressure has been mounting on committee members to ensure they vote the right way. There has even been a Group statement with a singular position on this (much like there was a video on the transnational lists issue).

However, Axel Springer and the German Publishers have had to look beyond their CDU muscle to try to get this neighbouring right pushed through and rumours are abound in Brussels of the lengths they’re willing to go to to do so. When the European Parliament organised for their internal research service (DG IPOL) to present their analysis of the proposed neighbouring right, an additional ‘academic’ was invited to present. The academic was found to be a longstanding lawyer for German publishers and was forced to admit this undeclared bias in front of the entire committee.  The Hungarian government changed position to support a neighbouring right after meeting the CEO of Axel Springer just prior to the recent elections. One should perhaps keep an eye out of the media group’s treatment of the EPP’s problem child and how the coverage has developed.

In Brussels, 70% of Axel Springer SE (who is also joint owner of Politico – a publication that coincidentally sees repeated sponsorship by the EPP Group in the European Parliament) declared meetings with Commission staff on copyright since 2015 are with none other than Mr. Oëttinger, the German industry’s best friend. More interestingly again is that these meetings continued even after Mr. Oëttinger was no longer responsible for the subject. This is just a handful of examples of the influence that Axel Springer and the publishers are willing to wield to get what they want.

With all of this heavy handed lobbying, one wonders if politicians are keeping concerns about the neighbouring right to themselves for fear of repercussions from the powerful Germans in Brussels? For those politicians, the support of the former EPP rapporteur Therese Comodini Cachia last week should help ease their woes. The now Maltese MP, and lawyer to the family of murdered journalist Daphné Caruana Galizia, understands freedom of the press. She knows press publisher lobbying and still called for a compromise to find a solution – for MEPs to drop their national interests in favour of European citizens. The message is clear and its target audience even more so.

The question that remains is if the Germans will manage to get their way in Brussels once again. The CDU and Axel Springer will try their best, and needless to say the other side will be under-represented by comparison. Let’s see if it will it be enough…