Gazprom fills both strings of TurkStream with gas 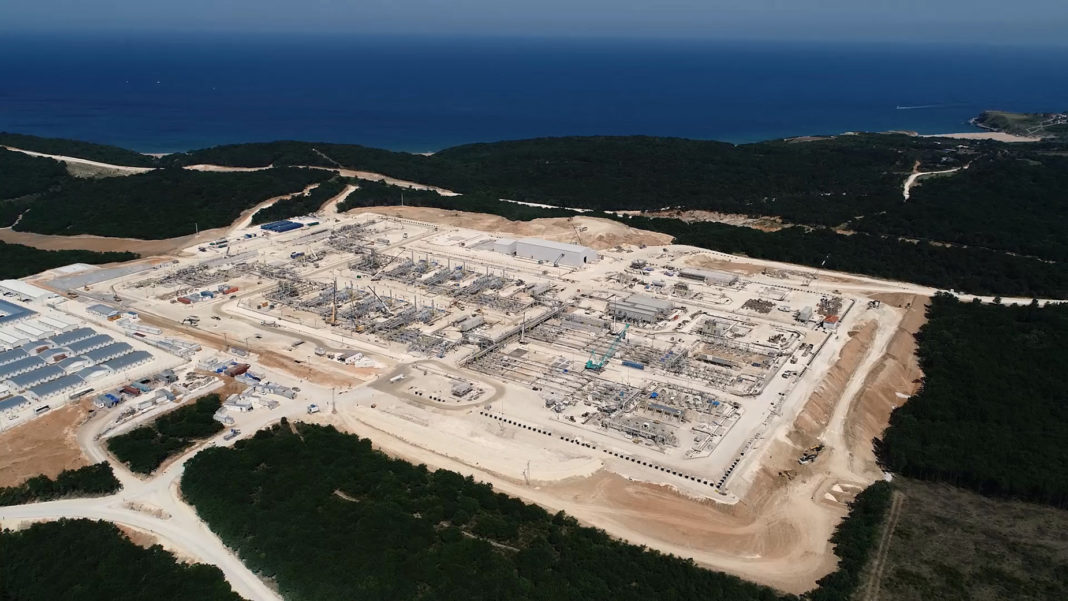 Russian gas monopoly Gazprom said on 19 November that start-up and commissioning process is in its final stage at the TurkStream or Turkish Stream gas pipeline, which is going to be brought into operation before the end of 2019.

“Currently, both strings of TurkStream – from the onshore facilities near Anapa to the receiving terminal on the Turkish coast near the Kiyikoy settlement – are filled up with gas. The Russkaya CS and the landfall section in Russia are ready for operation,” Gazprom said in a press release. Meanwhile, start-up and commissioning operations are coming to a close at the receiving terminal in Turkey, Gazprom said.

Preparations are being made for first pipeline supplies of Russian gas to China via Power of Siberia gas pipeline, Gazprom said.

The Gazprom Board of Directors expressed its approval of the Company’s ongoing work on its major investment projects, Gazprom said.

Gazprom said the company is making preparations for the first pipeline supplies of Russian gas to China via the Power of Siberia gas pipeline. The pipeline has been filled up with gas from the Chayandinskoye field. Start-up and commissioning operations are nearly finished at the field’s core facilities, Gazprom said, adding that drilling of 190 gas production wells is completed, as the work is progressing ahead of schedule. Production drilling is in full swing at the Kovyktinskoye field, which will start feeding gas into Power of Siberia in early 2023.

An important link in Power of Siberia’s gas supply chain will be the Amur Gas Processing Plant, one of the largest in the world, Gazprom said, adding that core equipment of the GPP’s first two production trains is nearly assembled, and gas separation equipment is fully installed on the third train.

According to Gazprom, an expansion project is being carried out at the Sakhalin – Khabarovsk – Vladivostok gas pipeline section between Komsomolsk-on-Amur and Khabarovsk. Large-diameter pipes are being transported to the welding stations along the pipeline’s route for the purpose of welding double-jointed segments.

Gazprom is systematically developing the Yamal gas production center, which is major and strategically important on a national scale. The sixth and final booster compressor station is being prepared to be brought onstream along with new production wells at the Bovanenkovskoye field. Pre-development of the Kharasaveyskoye field continues.

The operations in Yamal are synchronised with the ongoing expansion of the northern gas transmission corridor, Gazprom said, adding that compressor capacities are being built within the Bovanenkovo – Ukhta 2 gas pipeline. A new compressor workshop is being prepared to come onstream at the Ukhta – Torzhok 2 gas pipeline. The Bovanenkovo – Ukhta 3 and Ukhta – Torzhok 3 gas pipelines are at the design stage, the Russian gas monopoly said.

According to Gazprom, welding is finished at the 880-kilometre-long linear part of the gas pipeline that is planned to go into operation this year as part of the project for expanding gas transmission capacities in the northwestern region between Gryazovets and the Slavyanskaya compressor station (CS). Measures for start-up and commissioning are being taken at the CS, which is the starting point of the Nord Stream-2 gas pipeline.

Further efforts are being made on the construction of the LNG production, storage and shipment complex near the Portovaya compressor station.