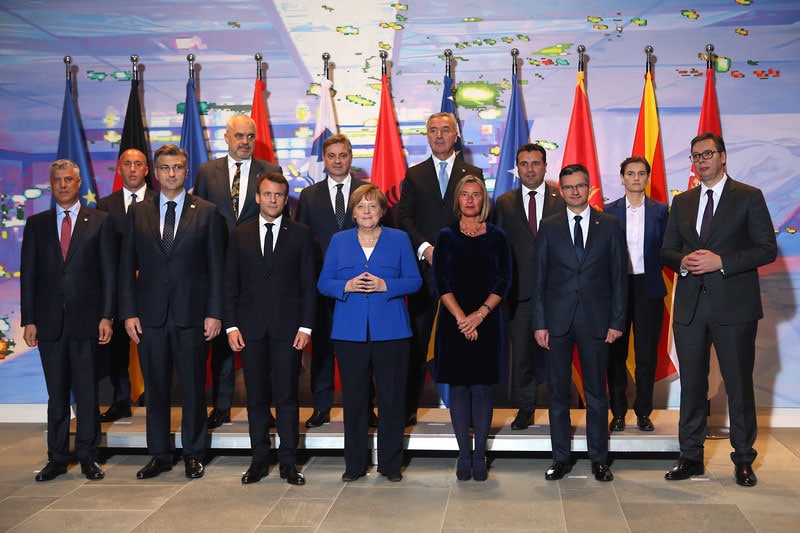 Some EU members see the Western Balkans as not ready

Recent diplomatic exchanges cited by Reuters indicate France has not backed off of its opposition to the immediate launch of EU accession talks with Albania or North Macedonia, leaving the situation much as it was after the June European Council session postponed the decision until October.  A unanimous decision will be required to set a date to open talks.

EU ministers will discuss the matter again in Luxembourg on October 15 before a Brussels summit scheduled for Oct.17-18.

For the Western Balkans, a never-ending story

Back in June, the European Council announced that a decision on opening negotiations with Albania and North Macedonia was being postponed until at least October, after the EU’s foreign and Europe ministers failed to unanimously agree on a date to open talks.   Germany also required a parliamentary review, which has since been completed.

When talks are eventually launched, the negotiating process will take several years, at the minimum.

Throughout this period, EU officials have argued that it is important to send the right message to the Western Balkans states that have carried out reforms demanded by Brussels. They also asserted North Macedonia should be rewarded for settling its long-running name dispute with Greece via the June 2018 Prespes Agreement, while Albania passed judicial reforms that many think have been overshadowed by protests against Prime Minister Edi Rama. They argued strongly that further delay in opening the talks will undermine EU credibility.

France remains reluctant to move forward now, firmly arguing the EU needs to resolve its own internal problems and deal with Brexit before admitting new members.  French President Emmanuel Macron has been repeatedly accused of holding North Macedonia hostage to his plans for reforms that deepen EU integration.

“They are not there yet. We are asking them to make additional efforts,” according to a French official cited by Reuters. “Negotiation cannot be opened in October 2019; we will need to reassess the situation somewhere in 2020.”

The Netherlands and Denmark have also been cited as countries not currently interested in bringing two new members into the EU, although concern in both capitals is greater regarding the rule-of-law situation in Albania.

The threat from North Macedonian Prime Minister Zoran Zaev to call elections if a date to begin accession negotiations was not provided after the summer’s delay should not be forgotten.

The core of the dispute over the pace of EU enlargement in the Western Balkans is not new, in fact the subject was delayed by a year when first reviewed in the summer of 2018 immediately after Athens and Skopje signed the Prespes Agreement.

Although clearly not the majority, a number of EU member states’ interest in another phase of enlargement has been eroded by anti-immigration sentiment among voters and by increased criticism of the bloc’s already opaque decision-making processes.

Citing lingering corruption and rule-of-law concerns in member states Romania and Bulgaria, some member states believe a slower approach, focusing on sustained reform in problematic sectors, will be more prudent.