Minister of Foreign Affairs of the Kyrgyz Republic. 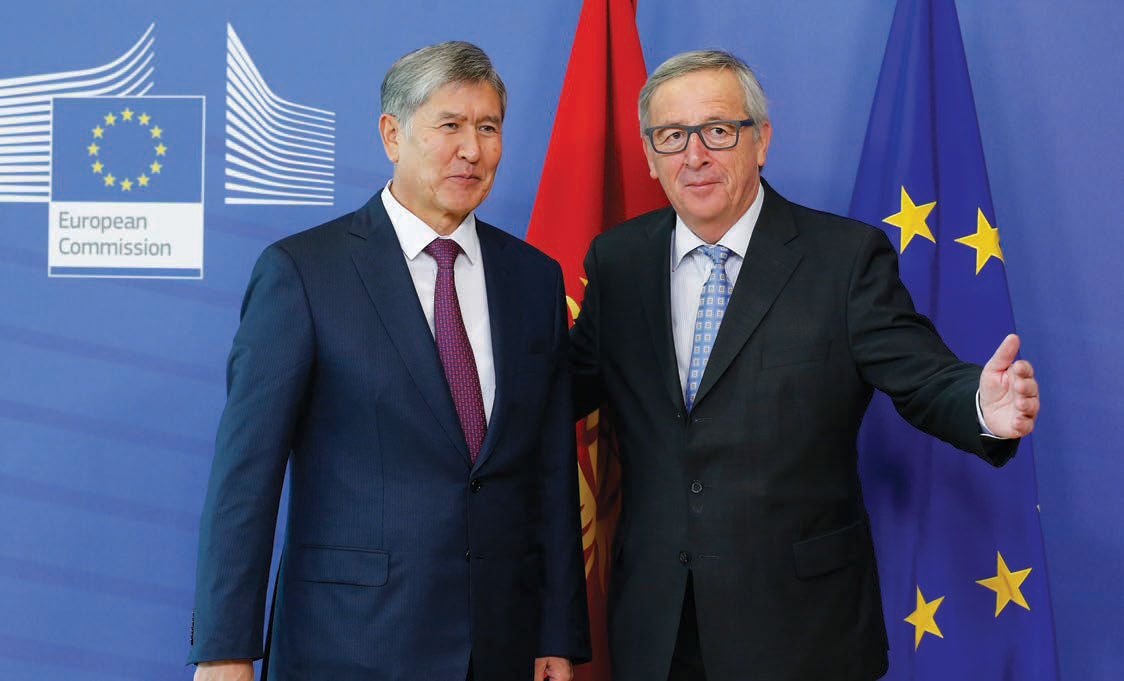 UNITED KINGDOM – LONDON  The year 2016 is an anniversary year in the Kyrgyz Republic. Our country marked the 25th anniversary of independence of our young, but progressive republic. Over the years we have passed a difficult path of democratic, economic, social and cultural transformations. As it is known, the fate of our young state abruptly changed several times in order to go forward with confidence today.

After independence, the Kyrgyz Republic has entered a difficult period of transformation. The country had to deal with the whole range of tasks at the same time.

That is formation of national statehood, constitutional reforms, transition to a different socio – economic development model, the formation of an independent foreign and security policy.

The country has chosen multi-vector as main foreign policy priority, in order to diversify its foreign relations and the need for further integration into the globalizing world. In this concept of multi-vector, European direction is uniquely fixed in a number of foreign policy priorities. This is reflected in the “Silk Road Diplomacy” doctrine, which was a basis of the first foreign policy concept of the Kyrgyz Republic, the updated concept of 1999, in Kyrgyzstan’s foreign policy concept in 2007, where the development of relations with the EU, the US, Germany, Turkey identified as the most important areas, and finally, in the National sustainable development strategy for 2013-2017.

In addition, Kyrgyzstan’s aspiration to integrate into the community of democratic states after independence, focus on “European values”, prompted the search for foreign partners who can assist in the implementation of the necessary democratic reforms.

Strengthening comprehensive partnership with the European Union is one of the priorities of the foreign policy of the Kyrgyz Republic, due to important EU’s political and economic role, and the fact that Kyrgyzstan is fully shares European Union values. For more than twenty years of cooperation Kyrgyzstan and the European Union have established stable and trust-based relationship.

A historic event in the development of the European direction of foreign policy of Kyrgyzstan are the visits of the President of the Kyrgyz Republic Almazbek Atambaev to Germany in 2012 and Belgium (Brussels) in 2013, as well as the so-called “Euro tournee” with the visits to Austria, France, Switzerland, Belgium and Germany in 2015.During these visits the EU leaders and heads of the main EU institutions highly appreciated the reforms implemented in the country, noting the achievements in building an open democratic society.

The return visits to the Kyrgyz Republic in 2016 of the German Chancellor Angela Merkel, Federal Foreign Minister of Germany Frank-Walter Steinmeier, the Secretary-General of the European External Action Service A. Le Roy showed a significant mutual interest of the European Union and European countries to our country.

For the Kyrgyz Republic, the adoption by the European Union this year of the Global Strategy for the Common Foreign and Security Policy is of particular importance, in which Central Asian countries have an important role, including promoting sustainable development of the countries of the region. The absolute priority for our country still issues as poverty reduction, food security, quality education and health care, economic growth, energy and environmental protection.

In 2014, the EU adopted a Multi-annual Indicative Program for the Kyrgyz Republic for the period up to 2020, in which the allocation of 184 million euro is expected for implementation of bilateral programs. Key sectors of the EU project-programme activities of EU in the Kyrgyz Republic – the rule of law (fight against corruption, legal reform, judicial reform), education, integrated rural development.

In January 2016, Kyrgyzstan became the first country of Central Asia, which were granted the GSP + status, which opens up new opportunities to increase the export of goods from Kyrgyzstan in the EU. Application of the GSP + system offers additional preferences for goods exported from the Kyrgyz Republic to the European markets and also creates opportunities for joint ventures on the territory of the Kyrgyz Republic with further access to European markets.

Kyrgyzstan is open for investment, the implementation of major industrial projects. There are prospects for attracting European investments in the development of promising deposits, energy transport structures and hydropower industry.

Kyrgyzstan attaches great importance to the cooperation within regional EU Strategy for Central Asia. The main factors that affect the configuration of the EU Strategy for Central Asia: regional security threats, including the smuggling of drugs, the activities of clandestine terrorists and religious extremist organizations, the incompleteness of the process of delimitation and demarcation of state borders, water and land disputes in the border areas, illegal migration and the problems of water and energy resources of the region.

The Kyrgyz Republic actively participates in the annual meeting of foreign ministers in the “EU-Central Asia” format. High-level Dialogue the EU-Central Asia Security Dialogue is considered as one of the most important platforms for the exchange of experience with the EU in combating security threats and challenges.

In 2016, the Kyrgyz Republic was the host country for the EU’s Central Asia Border Security Initiative (CABSI), as well as a regional conference of the EU to prevent violent extremism in Central Asia. Kyrgyzstan supports the implementation of EU regional programs to promote the border management and prevention of drug distribution in Central Asia.

One of the key components of the EU strategy for Central Asia- is to work in the field of rule of law and evidence of this- is the annual meeting of EU and Central Asian Ministers of Justice. Kyrgyzstan is actively involved in EU activities on Human Rights: Human Rights Dialogues and regional civil society workshops.

The focus of the sides is also to cooperate in the field of education. In the framework of this cooperation, it is important to implement projects with the help of European partners, aimed at improving the quality of secondary, higher and vocational education, as well as the introduction of modern models and technology in education.

The prospects of cooperation between Kyrgyzstan and the European Union, both on a bilateral and multilateral level, have significant potential.

As noted by the President of the Kyrgyz Republic A. Atambaev: “Multi-vector for us – it is an independent and free in its choice foreign policy, which is based primarily on the national interests of Kyrgyzstan and the welfare of the nation. The multi-vector foreign policy must not and will not be an obstacle to an active dialogue and development of mutually beneficial cooperation with individual countries.”