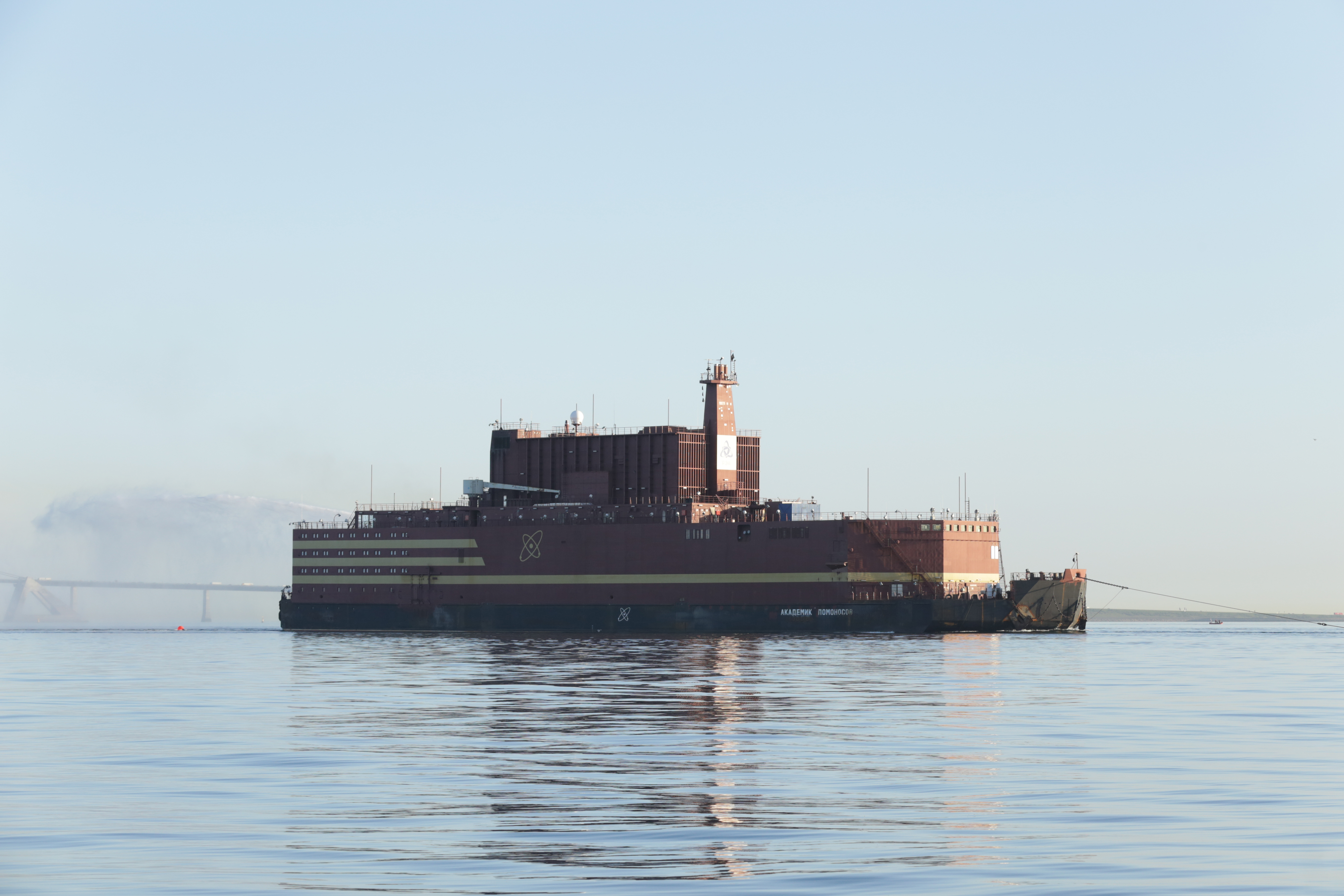 The FPU – the first ship of its kind – to provide electricity to Russia’s isolated Arctic region, is named Akademik Lomonosov in honour of the great progenitor of the country’s modern contributions to the scientific world.

According to Rosatom, the FPU’s reactors, No.1 and No.2, were successfully brought up to 100% capacity on 31 March. “These tests confirmed the operational stability of the main and auxiliary equipment of the FPU, as well as the automatic process control systems,” Rosatom said in a press statement.

The director general of Rosenergoatom, Rosatom’s energy division, Andrei Petrov, explained that based on the results of these tests acceptance certificate for the FPU would now be issued by authorities with a view of operating license to be granted in July.

At the same time, onshore and hydraulic structures for the floating nuclear power plant (FNPP), as well as infrastructure ensuring the transmission of electricity to the local grid and heating for the city’s network, are scheduled to be completed by the end of this year in Pevek in Chukotka, Rosatom said, adding that current engineering work is running to plan.

According to Rosatom, the FPU will be towed to the Port of Pevek during the 2019 summer shipping where the Lomonosov will be connected to the grid in December 2019 to become the world’s only operational floating nuclear power plant and the northernmost nuclear installation in the world.

The Lomonosov will replace a coal-fired power plant and an ageing nuclear power plant in nearby Bilibino to supply over 50,000 people with electricity and reduce the carbon footprint in the Arctic by tens of thousands of tonnes of CO2 emissions each year.

The nuclear FPU is equipped with two KLT-40 reactor systems – each with a capacity of 35 MW – similar to those used on icebreakers. The vessel is 144 metres long and 30 metres wide and has a displacement of 21,000 tonnes.