Evolution in democracy and our democratic societies 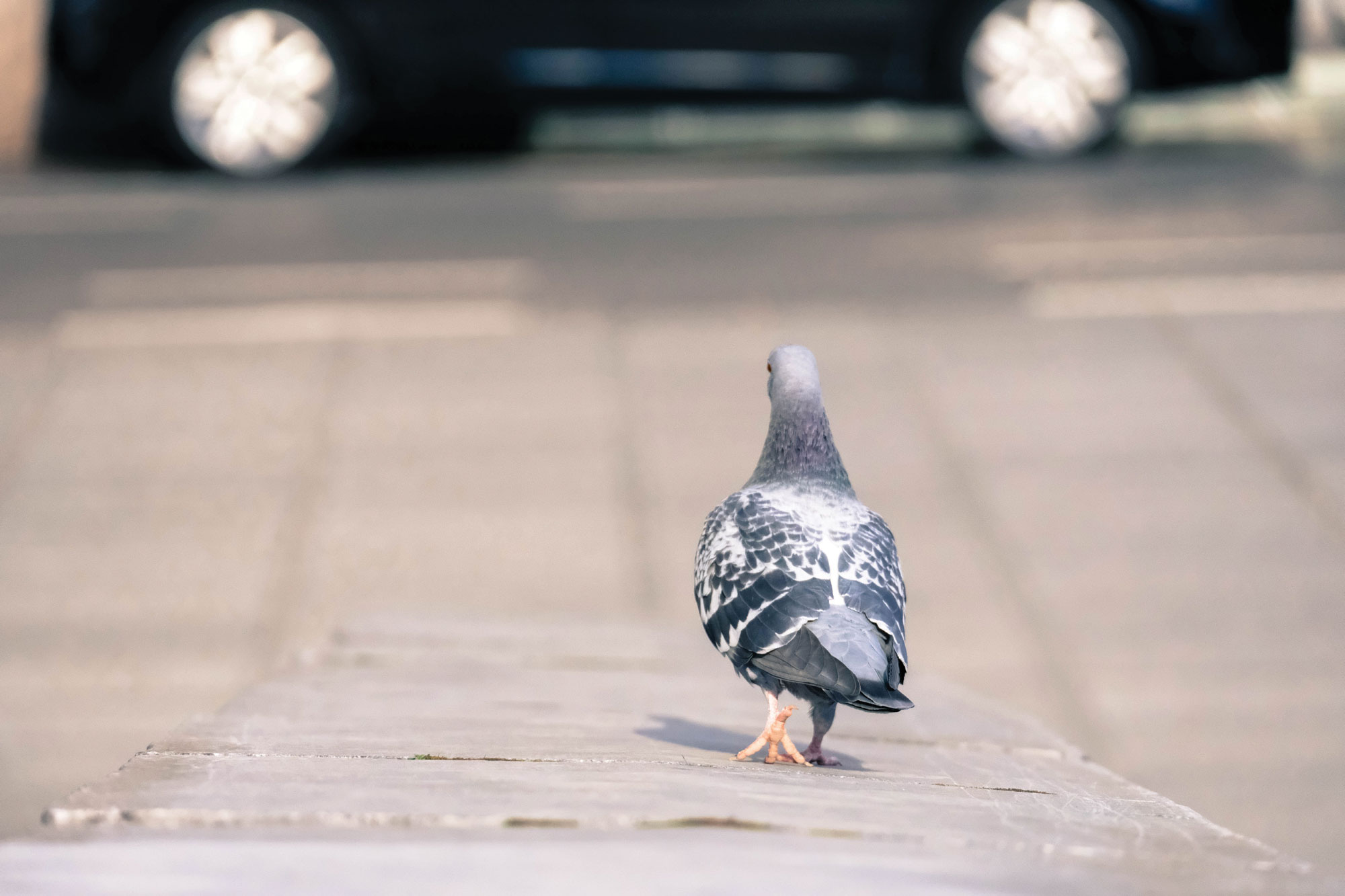 Biological evolution takes place over tens of millions of years. Characteristics passed down slowly over successive generations combined with the Darwinian ‘survival of the fittest’ and the clear hierarchy, of what at school we were taught as ‘the food chain’, has led to humanity as we know it today.

The same can be said for the institution of democracy since its inception, and its various localised implementations of representation politics. The state of local (seen here as national) democracies is to evolve over time. Certainly, there can be short-lived abnormal mutations, but in the grand scheme of things the direction will be a forward, positive trend.

Societies move at a different pace than evolution in biological systems, because actions of single humans and groups can spur social change and have more of an immediate impact. Many will think of Rosa Parks, others will conjure Emily Davison, and if we’re honest even Jon Snow will pop into some people’s minds. But while we seem to ascribe ‘change’ to single individuals, it is many more who came together in each case to push society off-balance, and past the tipping points, so that real change is brought about.

Electoral systems come into question, only when societies are extremely divided. The democratic structures, which allowed Donald Trump to win the election in 2016 while not winning the popular vote, would not have been called into question if the figures aligned. Yet if this is a problem of democratic legitimacy, it should be fixed before the next election, rather than be left to create another problem in the future.

Europe faces its own question of democratic legitimacy – over the person who will run the closest thing the EU has to a government: The European Commission.

It has been quite a rollercoaster since the turn of the millennium. The European Union started the century with explosive growth (in membership), economic prosperity for all, and taking centre-stage in the global political arena. Less than 20 years later, the EU is shrinking in size, the economies have been suffering, and what was looking once like a global power-player has become a fragmented ghost of past glories. Nationalism has taken hold once again, and European Political parties risk becoming pawns of local politicians.

The EU is indeed edging closer and closer to a directly elected President, but the biggest obstacle to achieving ‘more democracy’, is the people whose power is threatened by a more democratic Europe – national politicians. Could you imagine if there was a figure who had more political power in Europe than the Chancellor of Germany? Merkel would not be likely to accept that, unless it was her taking the reigns herself. This is why the idea of merging the position of President of the European Commission and President of the European Council is unlikely. The excuse most likely is that it will be too much power to give to someone who is not directly elected by citizens. The reality is that it will be more power than national leaders would pass up the chain.

Europe is indeed still in search of its own paradigm to use as a lever. To push past a tipping point, momentum will have to come from the local, and European level. The heroes at the centre of this story, are easy to point out at the national level: Emmanuel Macron, seen as Europe’s new visionary, and Angela Merkel, weakened as she may be, will build momentum ‘at home’. And at the capital of the European Union, the stars have aligned for Martin Selmayr, who is the new Secretary-General at the European Commission. Selmayr has, and will outlast many politicians’ terms. His biggest enemy is a change-averse system that have devoured many before him. Whether one agrees with his personal vision, his dedication to progress for the European Union can be one of the few EU-centric powers for progress. He will fight side-by-side, with Jean-Claude Juncker, with whom he will go hand-in-hand until the EU elections. Europe can only hope that the next President of the Commission and the institution’s seventh Secretary-General will have compatible, if not joint, visions for the future of Europe.

When it comes to making Europe much more like the USA, a federation of States, what is really the problem?

The first problem is nationalism; the politicians who take advantage of human nature. Human beings in one country want to be better off than human beings in another country, one at the expense of the other. The same of course could apply within a country, with competition between cities, but we tend to forget that.

More Europe and an ever-closer Union, is the natural state of evolution for the EU. It is only a matter of time.

Time necessary for national politicians to come together and agree on a system that will equally divide voting rights and power in such a federation. Time necessary for them to concede their power and hand it over to a new structure. Time necessary for it to mature in peoples’ minds that while history, language, colour, culture, and time zones, are differences that are inconsequential in front of the one grand truth that we are all human beings with a shared need for peace, prosperity, fairness, and justice.

When putting forward this universal argument, I’m often asked “Why stop with the EU?” In the long term, we won’t. But the European Union is the best place to start, and one of the most challenging places to succeed.

Moving on to a very different kind of problem. One major flaw with representative democracy today, is that it allows our politicians to be insulated from those they govern. In so far as they do not become involved in a catastrophic scandal, they and their families will far too often not suffer the consequences of their own actions.

In the USA, the long list of politicians who have not stopped to blink at the unending gun violence in the country, do not feel that such incidents could ever be a problem for them. Some will or will not keep guns in the house, others will collect them, but they will usually not live in neighbourhoods where their votes will result in them being hurt as a consequence.

In the name of preserving the second amendment to the constitution, and propping up an entire industry, America has been engaged in a self-involved arms race to the bottom. Not the international arms race to possess as many nukes as possible, but a race to sell as many guns as possible – too many of which end up with troubled youths. In mid February, there was another school shooting in the USA. 17 killed by an army of one. The killer, had purchased at least ten guns in the past year or so – and it appears he had done so with great ease. You’ve all seen the graphs – there are more guns per capita in the USA than anywhere else in the world. Firearms in the USA exceed the number of people! Indeed, personal convenience, and an unparalleled lobbying effort have meant it remains possible for nearly anyone to buy a gun in America.

On the night of February 26, 2012, some might remember another tragedy that occurred. A man whose name is not worth remembering, was driving into his gated community – concealed gun strapped to his side. This former altar body, had grown up with some sort of cop fantasy, and when he saw a young black man walking on ‘his streets’ he began to follow him – even calling 911 to say he was doing so. One thing led to another, and the young black man – Trayvon Martin – whose name we should all remember – was shot dead. The killer, said he had feared for his life. The victim, was armed with a pack of skittles and a can of ice tea. The shooter was fully acquitted of all charges in court. The day of the acquittal, #BlackLivesMatter was used for the very first time.

Sadly, the struggle to fix two wrongs clashed that day; gun control and racism. The videos of police brutality, and the many questionable deaths of black people – put bluntly, in situations where white people would still be alive – managed to steer the conversation from guns, to the grater evil of racism.

Societies’ have evolved after reaching organic tipping points; historically resulting in revolutions or wars. Racism has – at least in the legal sense, long been left behind. Society has not always understood, implemented or taken ownership of these changes, but the footprints were made in the sand.

But what about guns? The ridiculous tradition of the 21st century gun hoarding in the USA cannot remain. Our world is better than that. It’s time for American citizens to push past the power of the industry and the millions of dollars that the NRA are funnelling to political campaigns directly or indirectly. It’s time Americans set aside even their own convictions, in the name of logic. It’s time to take the leap towards evolution, and ban personal gun ownership in the US without a valid reason for a permit, and a strict procedure on being considered for such a permit. I can’t help but feel we are getting there; coming closer to that tipping point on the issue of guns. We will finally see more and more politicians coming out against the constitutional right that Americans hold so dear. And even though I am not American, I say ‘we’ because any such loss of life, is not a loss for the American flag, it is a loss for humanity.

So here’s to pushing our societies past those tipping points, bringing about change without bloodshed, having a revolution of principles, to the benefit of future generations.