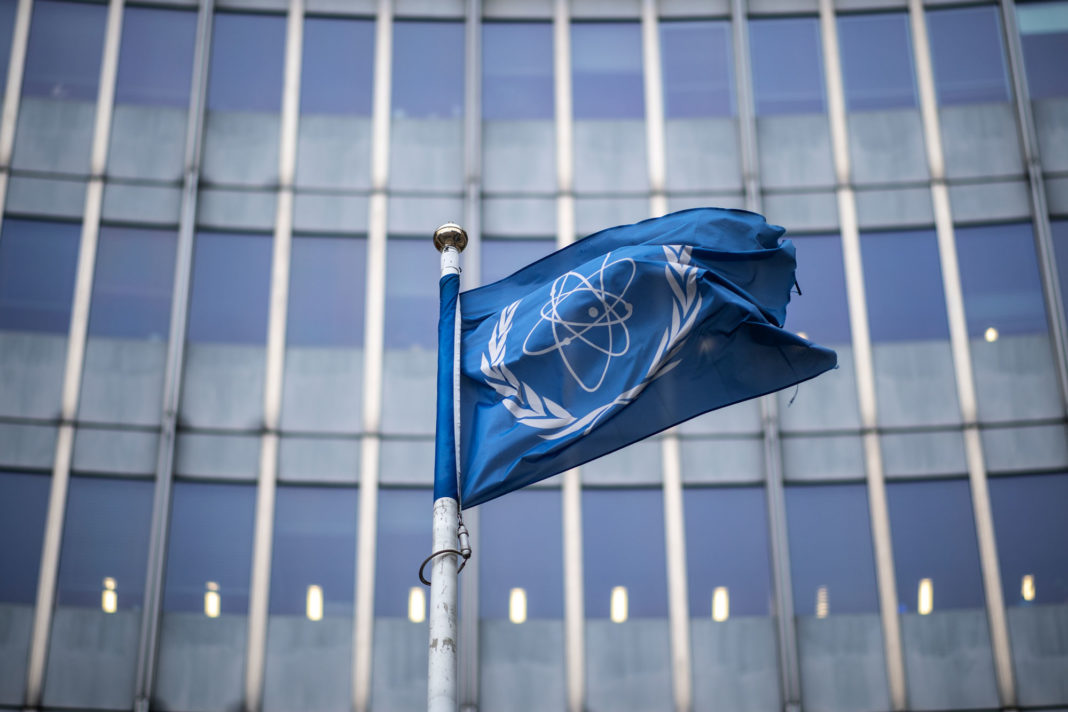 With the EU’s Green Deal now official policy, a fierce debate has raged over how the bloc will drastically reduce carbon emissions while also having to decide which long-term solution to adopt – that of the climate activists or the option being put forward by those advocating for a more practical approach to energy production, one that includes the use of nuclear power.

The transition from firewood to coal and empire to national liberation was, at the time that the events took place, a radical change to the status quo. For the sake of progress, however, they had to be made. An energy transition for Europe has to be achieved through the reduction of emissions of greenhouse gases, while also ensuring that none of Europe’s residents are adversely affected and left behind by the transition.

The European Commission presented in December its flagship policy, dubbed “the Green Deal”, which was followed a month later, during January’s Strasbourg session, with the bloc’s executive branch having come up with a near-concrete financial plan to implement the proposed package.

Driven by the EU’s wildly optimistic ambition to become the world’s first carbon-neutral continent by 2050, Brussels is seeking a drastic cut in carbon emissions – a plan that has sparked a heated debate across the soon-to-be-27-member bloc.

Nuclear power’s future in the EU

Across the EU, scientists, activists, and politicians all disagree on which sources of energy need to be used for the transition. Those who side with the climate change activists – including the environmentalist organisation Greenpeace, which pushes an agenda that insists that nuclear energy has no place in a safe and sustainable future – have called for a shift to alternative methods of production and have launched a public relations crusade against the use of nuclear power. Their opponents, however, have a far more pragmatic and sober view of the situation and see the use of nuclear power as a low-carbon, reliable, and affordable solution to the problem, particularly while Europe continues to develop a longer-term strategy for its energy needs.

The high overhead costs and lengthy construction schedules that are needed to build nuclear plants, as well as the public’s fears about the safety of nuclear power, have halted the expansion of nuclear energy sources.

The EU’s new growth strategy budget plan excluded nuclear energy from the Just Transition Mechanism. As a result, no funding will be provided for the decommissioning or construction of nuclear power stations. While welcoming the Commission’s decision on the allocation of funds, FORATOM, the public relations arm for Europe’s nuclear industry, says limiting the low-carbon sectors, which will be eligible for funds from Brussels, will make achieving low-carbon targets without leaving anyone behind problematic.

“FORATOM welcomes the European Commission’s goal of becoming more ambitious in reducing its CO2 emissions whilst at the same time ensuring that no EU citizen is left behind in the transition. If the EU is to achieve its zero-carbon target 2050, then its current 2030 CO2 reduction targets may not be enough,” FORATOM told New Europe, before adding, “We regret the European Commission’s proposal to exclude such funds being used for nuclear power plants. The benefits of transitioning workers from the coal into the nuclear industry have already been demonstrated in both France and the UK…the EU should be focusing on helping people in these regions to transition into low-carbon industries. Limiting the low-carbon sectors which will be eligible for such funds will make achieving our low-carbon targets without leaving anyone behind a lot more difficult – if not impossible.”

Saying “No” to nuclear is counter-productive

In the wake of the 1986 Chernobyl nuclear disaster in the Soviet Union and the 2011 Fukushima meltdown in Japan, Germany emerged at the forefront of the anti-nuclear drive. Berlin plans to shut down all of its nuclear power plants by 2022, though its coal-fired plants are expected to continue operating until 2038.

Considering that nuclear energy accounts for 13.1% of the country’s energy mix and coal for 30%, Germany will need to find new ways of covering its energy needs, a fact that has raised the question about how Germany plans to deal with the price of electricity as consumption skyrockets over the next 30 years.

FORATOM, or the European Atomic Forum, believes the German case is a prime example for many in the EU of what not to do.

“More and more countries (in the EU) seem to understand that the full decarbonisation of their energy system in line with the Paris Agreement and EU climate and energy goals cannot be achieved without nuclear energy. Germany, which decided to prematurely phase out its nuclear fleet, confirmed that it would miss its 2020 emissions targets by a wide margin. It shows that the country won’t be able to achieve its climate goals without nuclear energy. If the country had decided in 2011 to phase out 20 GW of coal plant capacity instead of nuclear, it would have reached its emission targets and now it could be rightly recognised as the European climate champion,” FORATOM told New Europe, adding, “Several members of the EU have made their commitment to more ambitious CO2 reduction targets conditional upon being able to invest in new nuclear power. Also, the European Council’s memorandum following the latest EUCO includes nuclear energy as a tool used by some EU member to achieve climate neutrality. This trend shows that more and more Member States consider nuclear energy to be an important tool in counteracting climate change and see a bright future for it in the EU.”

Recent public opinion polls in Northern Europe – including in Sweden and the Netherlands, where a more positive view towards nuclear power has taken hold – leaves space for a potential future nuclear option to gain traction across Europe.

According to FORATOM, if the EU is to achieve its zero-carbon target by 2050, then its current 2030 CO2 reduction targets may not be enough. The trade association supports the Commission’s goal of raising this target, so long as it leaves the EU’s members free to choose their own low-carbon energy mix.

“Expecting them to reduce their GHG emissions, whilst at the same time preventing them from investing in specific low-carbon technologies such as nuclear, would be counter-productive,” said Yves Desbazeille, FORATOM’s Director-General.

To support its views, FORATOM cited the European Council’s memorandum following the latest EUCO, which includes nuclear energy as a tool used by some of the country’s within the European Union to achieve climate neutrality. “This trend shows that more and more Member States consider nuclear energy to be an important tool in counteracting climate change and see a bright future for it in the EU,” the association said.

For FORATOM, the now question is how these positive signals will be translated into specific EU legislative files and to what extent EU decision-makers will, on one hand, recognise nuclear energy for the benefits it brings to the system and, on the other, follow the recommendations of international experts such as the UN’s Intergovernmental Panel on Climate Change (IPCC), which recognises that nuclear power has an important role to play if the world is to keep global warming to below 1.5 degrees, or the Paris-based International Energy Agency (IEA), which says that a steep decline in nuclear power would threaten energy security and climate goals.

“The role and importance of nuclear energy, producing position papers relevant to ongoing EU policy dossiers, responding to public consultations, analysing public opinion, organising regular events such as dinner debates, workshops, one-on-one meetings, press briefings, visits to nuclear facilities as well as ensuring that nuclear energy is represented in events which are organised by other stakeholders,” FORATOM said in its comments to New Europe. “The key objective is to make sure that the voice of the nuclear industry is being heard and that all relevant EU stakeholders receive factual information about the nuclear industry and the real potential which it has to offer. This knowledge can allow decision-makers to make decisions based on facts, such as the IPCC’s, IEA’s or MIT’s reports.”

SMRs: A way-out to climate change?

During the recent first EU-US High-Level Forum on Small Modular Reactors (SMRs), the former European Commissioner for Climate Action and Energy Miguel Arias Cañete made the public point of stating that “it is time, given global public pressure to reduce emissions, to bring SMRs under the spotlight.”

FORATOM’s Desbazeille agrees while adding that SMRs in the EU could be part of a long-term solution and that Europe should seize the chance to endorse American tech ideas during its transition into low-carbon industries. While many countries in the EU are already looking into SMRs, FORATOM believes that “it will be the evolution of the needs in the future that will favour the use of SMRs.”

To this end, Desbazeille supports that SMR vendors and potential customers should work closely with nuclear regulators to allow early resolution of various issues relating to SMR development and factory assembly and to estimate the economics of small nuclear power plants while taking into account the role that SMRs could play in the new energy mixes, in particular when large shares of variable renewables are present.

“Many countries are looking into SMRs. The Czech Republic, France and the UK are currently working on an SMR design, Estonia and Finland are conducting SMR feasibility studies, and many others have recently signed Memorandums of Understanding with the technology’s providers (the Czech Republic, Poland, and Romania). The future of SMRs depends, of course, on how we will address some of the current challenges. In order to streamline the deployment of this technology, the EU and the European nuclear industry should work together to accelerate the construction of SMR prototypes that can demonstrate the benefits of this technology. In addition, the EU should support those countries who wish to develop nuclear power and should consider supporting international collaboration and common R&D on SMRs, as well as work on national and international licensing frameworks for small nuclear reactors,” FORATOM said.

Whether or not Europe decides to include nuclear energy into its energy mix remains to be seen. What is understood, however, is that Brussels – regardless of its stance on the benefits of the nuclear power alternative – needs to find a safe and efficient long-term solution to achieve its utopian climate targets.