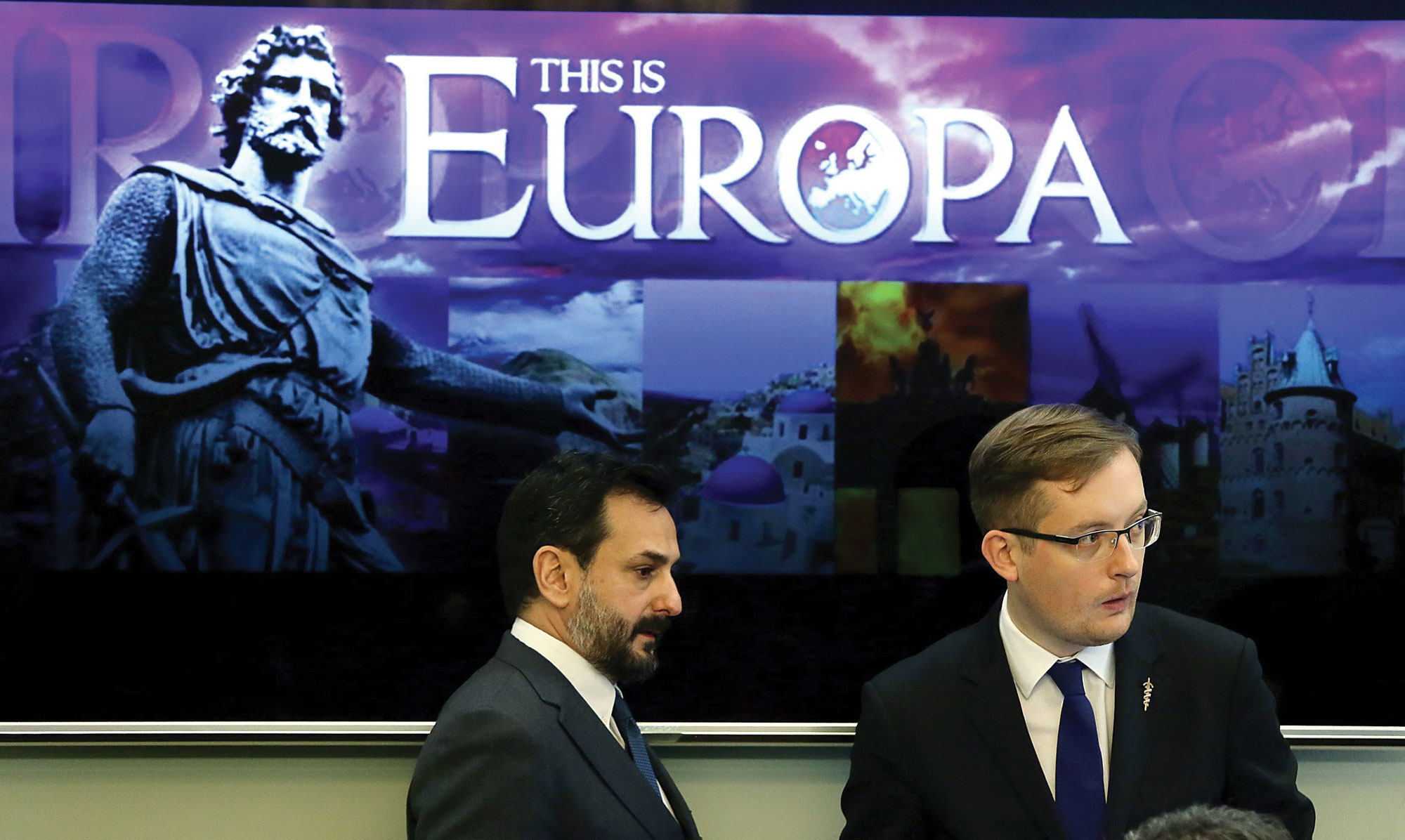 LONDON – Deep divisions within Europe are increasingly threatening the values upon which the European project of “ever closer union” is based. In 2015, during the refugee crisis, many commentators saw a divide between German Chancellor Angela Merkel’s Willkommenskultur (welcoming culture) and Hungarian Prime Minister Victor Orbán’s vision of ethnic purity: a Western Europe of bridges versus an Eastern Europe of walls.

But another threat to European unity comes from within individual countries. In Germany, talks to form a center-left, center-right coalition have broken down. In the Netherlands, it took Prime Minister Mark Rutte 208 days to form a new government after elections in March. In the United Kingdom, the political establishment is in disarray over Brexit. And in Poland, white nationalists and neo-Nazis recently staged a massive march through the streets of Warsaw.

Which gulfs are wider – those between member states or those within them? The answer to that question matters a great deal. If Europe’s biggest problem is that it is divided along national borders, then liberal-leaning countries like France and Germany could try to change the balance of power within increasingly illiberal countries.

Every EU country agreed to a set of liberal-democratic standards (part of the so-called Copenhagen Criteria) when it joined the club. But, over time, the governments of Hungary and Poland have decided that they no longer want to abide by the rules. One solution could be to create a smaller club with better benefits. Countries that wish to join this privileged inner circle would have to agree to a new – or rather, the original – set of rules; and countries that break the rules would be left out. There would finally be a cost to breaching EU standards.

But this solution could work only if the biggest problem is the divide between member states. As for the divisions within member states, consider Germany. After the federal election in September, Merkel embarked on a fascinating experiment, in which she tried to unite her center-right Christian Democratic Union (CDU), its more nativist sister party, the Christian Social Union (CSU), the pro-business Free Democrats (FDP), and the left-wing Greens.

Merkel is a talented negotiator, and far better suited to write about “the art of the deal” than others we won’t bother mentioning. But it remains to be seen if she can heal the divisions in her own country.

While the Greens would like to uphold the Willkommenskultur, the CSU’s position on migration is closer to that of the Visegrád Group (the Czech Republic, Hungary, Poland, and Slovakia). In fact, at the height of the refugee crisis in 2015, the CSU hosted Orbán at one of its party conferences.

Moreover, while the Greens are European federalists who support greater economic solidarity with Greece and Italy, the FDP channels the fiscal discipline of the Finns, the Dutch, and German Swabians. They are staunchly opposed to deeper European economic integration.

Many hoped that Merkel would succeed in forging a “Jamaica” coalition (named after the colors of that country’s flag). But, in the end, the experiment failed. The FDP abandoned the talks out of frustration that, as its leader Christian Lindner put it, “The four discussion partners have no common vision for modernization of the country or common basis of trust.”

Even without a Jamaica coalition, Germany still has a stable liberal majority in the Bundestag. The same cannot be said for the rest of the EU, where almost every other member state is now a “50-50 society”: half cosmopolitan, half communitarian. In these countries, the government at any given time represents whichever side won the latest round in an ongoing culture war.

In the UK, for example, 52% of voters opted to leave the EU. The country is now hurtling toward an isolated state of provincialism and xenophobia, but its leaders keep telling the public that Britain will be better off on its own. For those who believe it, the fact that the UK will lose a say in EU decisions affecting its economic environment doesn’t seem to matter.

France, on the other hand, has an energetic new pro-European president, Emmanuel Macron, who is committed to preparing his country for the years ahead. And yet France is not much more cosmopolitan than Britain. In the first round of the presidential election this spring, the nativist campaigns of Marine Le Pen, Jean-Luc Mélenchon, and Nicolas Dupont-Aignan collectively won 46% of the vote – almost as much as the UK’s “Leave” campaign.

Clearly, the EU is both a society of states and of citizens. That means intra-national divides are as important as the diplomatic spats between countries.

Earlier this year, a Brookings Institution report tried to determine if Europe is an “optimal political area,” a concept borrowed from economist Robert Mundell’s theory of “optimal currency areas.” The report concluded that cultural and institutional differences between EU countries have not changed much over the past three decades of European integration. But it also found that the divisions between countries are far smaller than the differences within countries. Or in other words, on the issue of freedom of movement, there is greater polarization between London and the British Midlands than between the UK and Poland.

Creating a flexible or multi-tiered Europe could solve some short-term problems, by bringing together coalitions of the willing to address specific issues. But it could also introduce new dangers. After all, most European countries, regardless of what tier they are on, will still be 50-50 societies that could opt in or out of deeper integration with a single election or referendum. In the future, one cannot rule out the possibility that Le Pen will be elected president of France, or that the anti-EU Five Star Movement will come to power in Italy. By the same token, the more moderate Civic Platform might return to power in Poland.

Confronting the intra-societal challenge to the European project will not be easy. It is a deep, generational problem that goes to the heart of national identity, history, and geography. No quick institutional fix can solve a problem like that.