Is the european digital sector catching up in 2017?

Professor of Economics and she is the Head of the Portuguese National Regulatory Authority for Communications since May 2012. 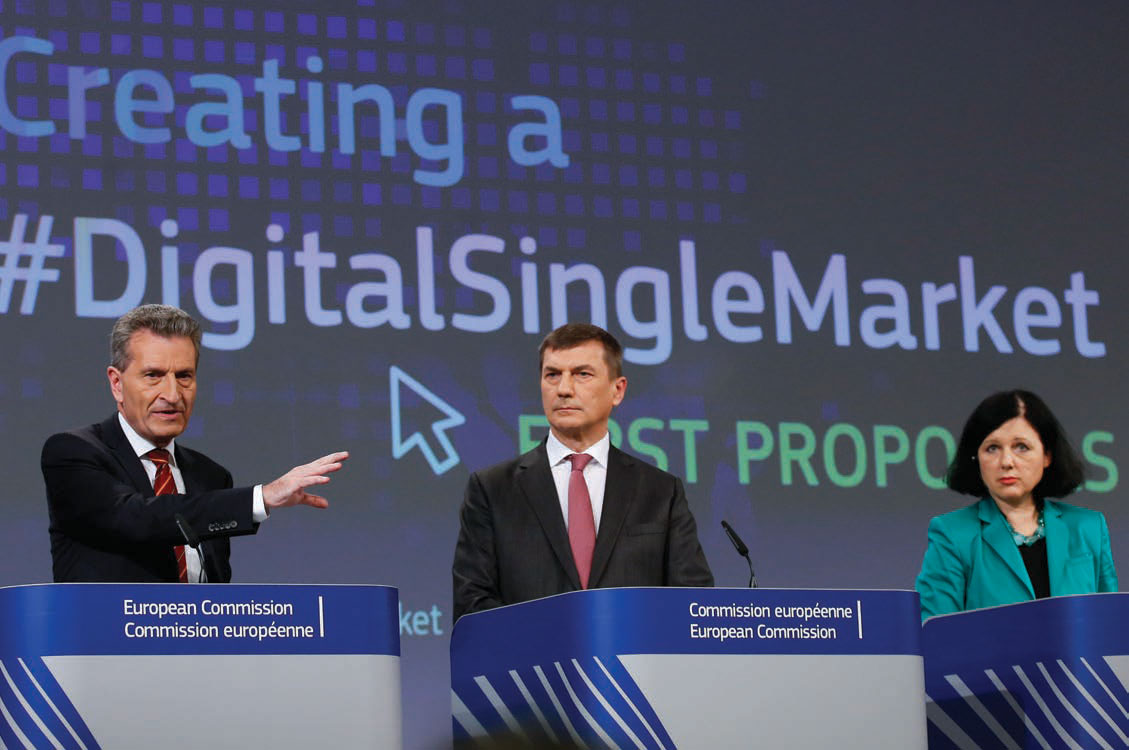 Portugal-Lisbon – It is well recognized that the Economic growth in Europe relies to a large extend on the development of the digital sector, in particular on high-quality fixed and wireless connectivity.

In 2015 the European Commission published the Digital Single Market Strategy that recognizes the relevance of giving people and businesses seamless access to digital activities and stresses the goal of enhancing Europe’s position as a world leader in the digital economy. Following DSM, in 2016, the European Commission published new Digital Agenda targets for 2025 and the European Electronic Communications Code, a proposal for EU Telecom rules revamp where the main goal is to encourage investment in high capacity networks such as fiber networks and 5G.

2017 will be the critical year for the European Institutions to negotiate the legislation that will rule the sector for the incoming years. Time is a crucial factor in this process since technology evolution runs at a very fast pace. Therefore, the new rules for the sector must be future-proof and simultaneously respect technology neutrality. However, there is no margin for a long negotiation process since market players cannot wait for the legislation to come out to develop their business plans.

The draft Code is rather ambitious, consolidating and replacing four main Directives of the current EU regulatory framework: Framework Directive, Access Directive, Authorization Directive and Universal Service Directive. Clearly, availability and take-up of very-high capacity connectivity is now one of the core objectives along with the promotion of competition, protection of end-users and the development of the single market. The regulation of access is more investment friendly which is in line with the new digital targets: by 2025 all European households should have connectivity of at least 100 Mbps, all main socio-economic drivers (like schools, universities, hospitals) must have 1 Gbps connectivity and there must be uninterrupted 5G coverage for all urban areas and major terrestrial transport paths.

Many voices claim that one obstacle to a true digital single market is regulatory fragmentation, due to the existence of 28 regulatory authorities in Europe. However, we cannot forget that networks are local and the 28 European markets are quite different in terms of development, networks infrastructures, market structures and competition, digital literacy and high-speed connectivity demand. Hence,  different local conditions require different regulatory actions. At the same time, European regulators are acting under a common regulatory framework and share the same goals and this is what is central to the question.

Overall the draft Code sets the balance between harmonization and flexibility, if one takes aside the double lock veto on remedies, spectrum regulation and the transformation of BEREC into an Agency. In particular, the proposal seems to be more flexible in what concerns the introduction of new regulatory tools as a way to adapt the regulatory paradigm to the different market conditions. The definition of relevant markets, the market analysis and significant market power (SMP) assessment and the imposition of remedies are the traditional pillars of telecom regulation and they will remain essentially the same. What clearly changes is the set of conditions under which the identified SMP operator must be obliged to give access to its network. Actually, the proportionality prerequisites are now reinforced limiting the imposition of wholesale access regulation to the cases where it is necessary to address retail market failures. Another principle that is worthwhile to highlight is the mandatory access to civil engineering (such as ducts and poles) and the recognition that other access remedies should be imposed only if access to civil engineering alone is not sufficient to address the market failure.

These are very pertinent novelties given that in some markets regulators have been claiming that the imposition of wholesale access regulation to new generation networks is not proportional (in particular in situations where investments in high-speed networks did not occur yet) and access to ducts and poles are sufficient remedies to promote a level playing field for investment to occur. In such cases, more intrusive remedies should be considered only when the retail market failure is identified.

The draft Code also presents some interesting alternative regulatory models that deviate from the traditional imposition of access obligations like, for example,  if the SMP operator engages in co-investment offers based on reasonable and non-discriminatory terms, or wholesale-only models.

The relevant question is whether the provisions of the draft Code are enough to promote the investment needed to put Europe on the right track to attain the Digital Agenda Goals. According to the Digital Economy and Society Index (DESI) 2016, individual Member states are progressing towards a digital society and economy. However, they are progressing at different speeds and they are at different levels of development in terms of high-capacity networks coverage and take-up. Among all five dimensions that are the basis for DESI, i.e. Digital Public Services, Integration of Digital Technology, Use of Internet and Human Capital, only the fifth, Connectivity, is addressed by the Code and considered as a core goal for regulators. This means that public policies must address the remaining dimensions, including digital literacy.

A well recognized principle is that investment is driven by both competition and demand.

Those two pillars will promote the investment needed for high speed – high quality networks in Europe. Regulators are strong believers in competition and play a central role promoting competition with a level playing field and consumer choice.

2017 will put to the test Europe’s capacity to attract investment to the Digital sector. As regulators we hope that politicians will be able to recognize that a Digital Single Market can be built under the common implementation of the Code but with the flexibility to apply different remedies to achieve the common goals, respecting the local markets idiosyncrasies.