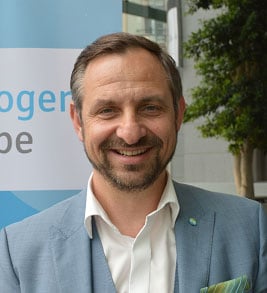 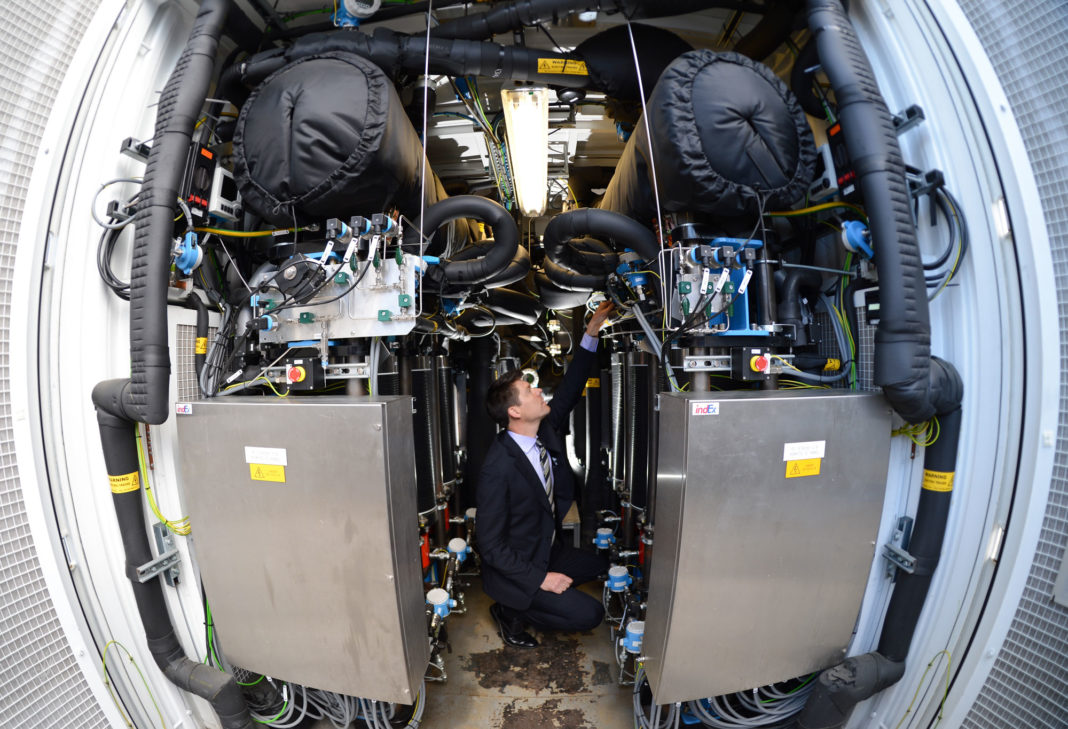 You would expect the Secretary General of Hydrogen Europe to ask for a hydrogen coalition and indeed that is the case, however the reasons why will surprise you: If we want to support the wind industry in Europe, we have to come up very soon with a strategy that prevents our partners suffer like the solar industry did. Indeed, after the industrialisation of solar technology kicked off in Europe today it’s China dominating the global markets.

Onshore wind saw a major downturn in the year behind us and we risk that the industrial production will lose ground and shift to other geographies. One of the reasons is that the power grid is currently far too small to transport the produced renewable energy. As the extension of this power grid happens much slower than expected congestion and curtailment provoked by additional capacities deteriorate the situation. This is where hydrogen steps in as an energy carrier that can help store large volumes, even for long periods of time.

As this is one of the predominant preconditions for a successful “Green Deal”, it’s time to look at the production of hydrogen. From renewables we turn electricity to gaseous electricity – as hydrogen is often referred to – via electrolysis. This process of splitting water into oxygen and hydrogen whilst the energy stays with the hydrogen molecule allows basically to “green” gases. As only 20% of the European energy is transported via electrons whereas 80% is carried by molecules this is an important pathway to accelerate the deep decarbonisation of our economy without setting natural laws off. Hence, it’s electrolysers that will allow us to do what is needed to support wind and also the solar industry. At the same time gas grids cannot be regarded as stranded asset anymore as they will serve as main infrastructure for “windgas” and “sungas”. But where are we Europeans with regards to electrolysers? Leading! We are number one in the world, so far.

Bloomberg analysed recently that Chinese have already become leaders in low-cost manufacturing of the most mature alkaline electrolysis technology, as they sell mostly to domestic markets. Here is why we need a “Hydrogen Coalition” very soon: We need to defend our leading global role in hydrogen technologies. This is cheaper in the end than catching up like we have to do in the field of batteries.

It seems that the markets have understood. From the beginning of this year the shares of companies in hydrogen technologies – especially electrolysers and fuel cells – have gone up dramatically. This is a good sign but definitely not enough. The price cuts of this disruptive technology will follow only if we embark on a joint acceleration of an industrial manufacturing. Here we need policy makers to pave the way with a clear commitment that the right legal framework will be set up. Still the use of electricity for the production of hydrogen is burdened by policy driven factors.

To be honest, the recent recast of the “Renewable Energy Directive” is not helping the case as it is built on the logic of an “all-electric scenario” which would delay the decarbonization due to the physical limitations of the power grids. This can only be overcome should the upcoming gas package, currently labelled “Smart Integration Package”, would introduce the case of greened molecules in addition to greened electrons.

Both carriers, current and green gases, need to help each other and not be put one against the other. Only by using the balancing capacity of, for example, the power-to-hydrogen technology via electrolysis we can succeed and have a deep decarbonisation in Europe. And there we are again: A real hydrogen strategy needs on top of a clarifying legislation also an industrial initiative, a “Clean Hydrogen Coalition”. The European Commission has shown with the “Battery Alliance” that it can lead definitely to a push using all instruments at hand. With the help of previous innovation initiatives like the “Fuel Cell Hydrogen Joint Undertaking” the groundwork to build up an ecosystem that can kick off immediately has been done.

Additional activities to enhance the hole value chain, as via the IPCEI (Important Projects of Common European Interest) on hydrogen, show first encouraging results. The hydrogen sector is definitely ready for a “Clean Hydrogen Coalition”.