Does the EU want the UK to stay in the EU? 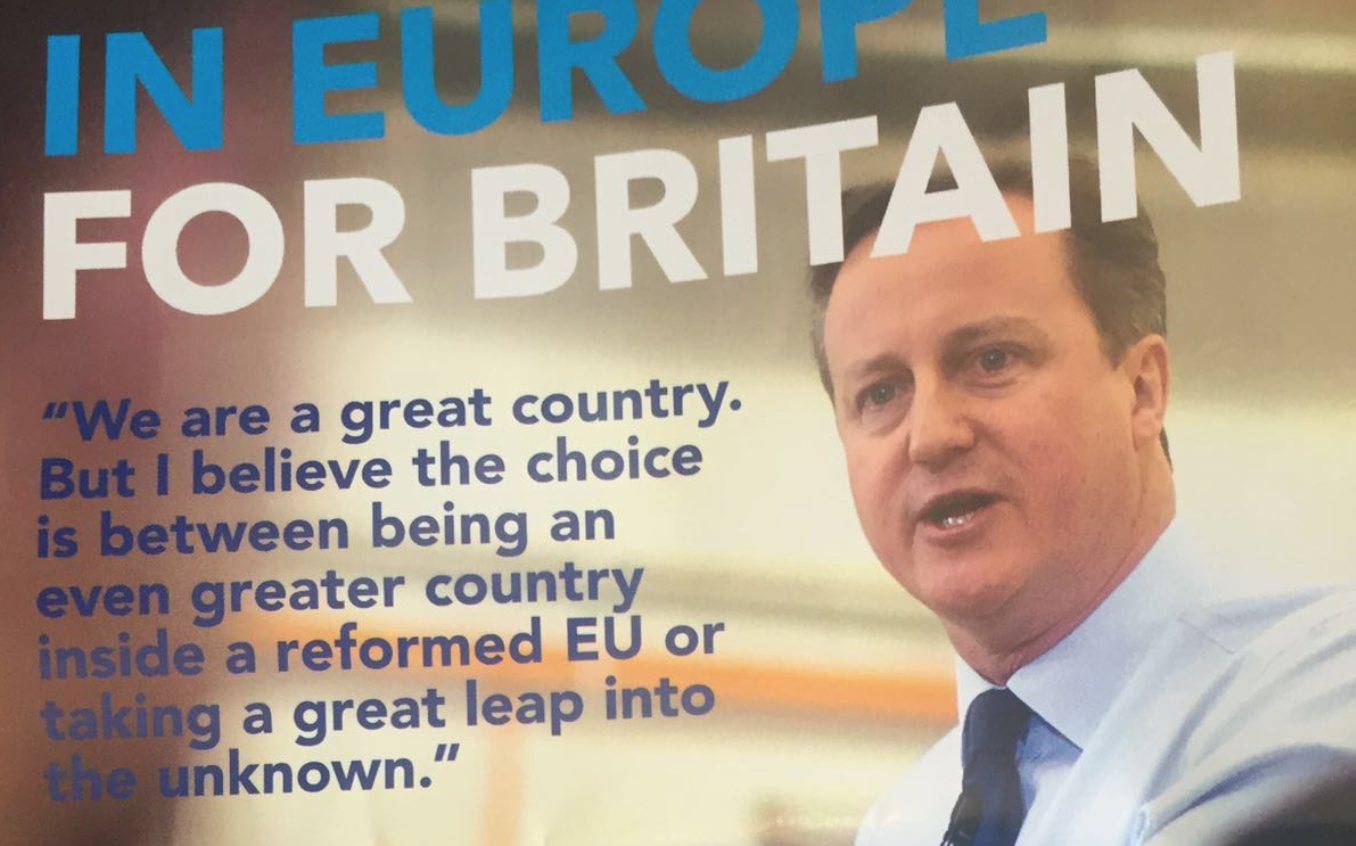 The referendum that will decide whether the United Kingdom will remain a European Member State is only a few months away. The UK Prime Minister, David Cameron, is campaigning to keep the country in the EU. On the other hand, the EU will not be campaigning in this national referendum, meaning the messaging of the ‘Remain’ campaign is controlled largely by the Conservative Party.

Referenda
are single events, which come and go very quickly. Some politicians would argue that the campaign messaging for such ballots needs to ‘get the job done’. But many Europeans, look at the campaign Conservatives’ leaflet and ask themselves, is the UK worthy of being a member if these are the values they promote as European?

We are bringing powers back, says Cameron. But is the greatest achievement of the European Union, the single currency, something to be ashamed of? Is the European Union not ‘great’ because it has deterred the prevention of sham marriages somehow? Or, worst of all, is the whole of Europe going to be accepting of this shift of Cameron to the right? Not (most of the) EPP right, but to the ‘prevention of non-EU families being brought to Britain right’ – also known as the Donald Trump right.

The UK wants to prevent non-EU families being brought to Britain. The UK also has achieved (as un-European as that may be), the so-called ’emergency brake’, which will stop EU migrants having full access to welfare for four years. So much for the European fundamental rights…

Cameron & Co do of course remind voters of the importance of free trade with the rest of the EU, and the importance benefit of trade with third countries that fall under EU agreements. Interestingly, the Conservative party is very proud to act as the ‘linchpin’  between the EU and the United States; an argument that is somewhat reminiscent of the 80s and 90s.

Finally, it’s as clear as a size 30 font in colour cyan: The UK wants the ‘Best of both worlds’. A side comment – the colours are the only thing European about this leaflet.

The EU wants the UK to stay, but European Union membership is like a marriage. Once you commit, you commit to the good and the bad, in sickness and in health. Not to ‘only the good’, or even ‘only the things we can sell to our people’.

June is only a few months away. Perhaps it’s time to re-think the principles of ‘our’ European Union before we lose sight of why Member-States signed up to this process, and why they historically endure in this Union.