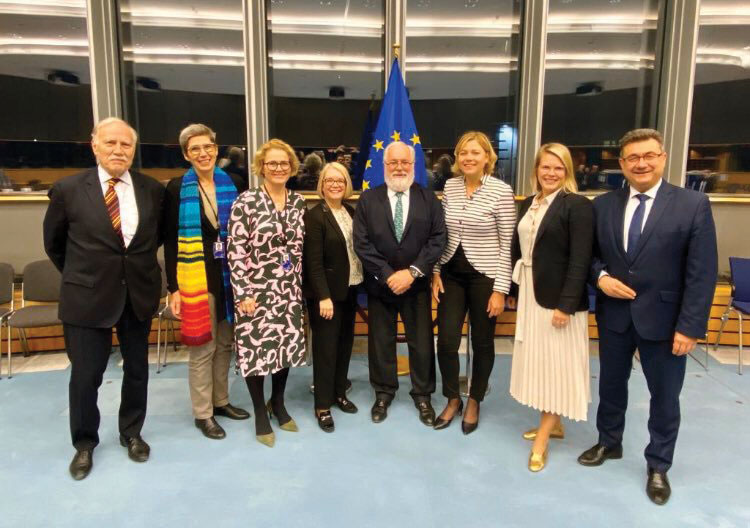 A political agreement on a European tyre labelling was reached on 13 November between the European Parliament, the Council and the Commission. The new rules improve and strengthen EU tyre labels enabling European consumers to make better choices and bringing energy savings equivalent to taking 4 million cars off EU roads every year, the Commission said in a press release.

“Energy efficiency first also applies to the way we drive! By switching to the most energy efficient tyres, European citizens can reduce their fuel consumption significantly, saving money and helping the environment,” Cañete said. “This is the European path to real energy security and climate protection: by being more energy efficient in all areas of our life, we can reduce our energy bills and our dependence on imported and costly energy, as we boost industrial competitiveness, create jobs and render the European economy more sustainable,” he added.

The Commission proposed the new Regulation on tyre labelling on 17 May 2018 as part of the clean mobility package. The new rules make the tyre labels more visible, more future proof and more accurate, the Commission said, adding that they improve enforcement and market surveillance and they update the label scales to optimise the information on the label. The new more modern design will be aligned with that of the well-known EU energy label, while maintaining its original size and pictograms that are well known by consumers.

Following this political agreement, the text of the Directive will have to be formally approved by the European Parliament and the Council, the Commission said, adding that once endorsed by both co-legislators in the coming months, the updated Regulation will be published in the Official Journal of the Union and will enter into force 20 days after publication. The new Regulation will start to apply on 1 May 2021.

According to the Commission, between 2014 and 2017 energy consumption in road transport increased by 5.6 %, driving up greenhouse gas emissions from the transport sector. As the rolling resistance of tyres accounts for 20 to 30% of a vehicle’s fuel consumption, it is vital to decrease this resistance to increase fuel efficiency and reduce emissions.

To address these issues, the Commission presented, as part of the Low Carbon Mobility package in May 2018, a proposal to update the EU Regulation (on the labelling of tyres. Tyre labelling forms part of the European Union’s legislation on the energy efficiency of products. This includes ecodesign regulations, which set minimum requirements and energy labelling regulations, providing consumers with information helping them take environment-friendly purchasing decisions.

Tyre labels provide a clear and common classification of how good tyres are in terms of fuel efficiency, external noise and braking in the wet, the Commission explained, noting that they therefore help consumers to make purchasing decisions that will help them reduce fuel consumption, which is both good for the environment and for their pockets. At the same time, they drive manufacturers to innovate in order make their tyres more fuel efficient, quieter and safer in wet weather.

On 13 November 2019, a political agreement was reached on a new tyre labelling regulation, which will update the current label from May 2021 onwards, and introduce the option of a pictogram for snow and/or ice, based on a Commission proposals from May 2018.

While there is no specific ecodesign measure for tyres, there is type-approval legislation, which sets minimum requirements on tyres’ fuel efficiency, wet grip, and external rolling noise.