Founder and Director of Dialogue for Europe 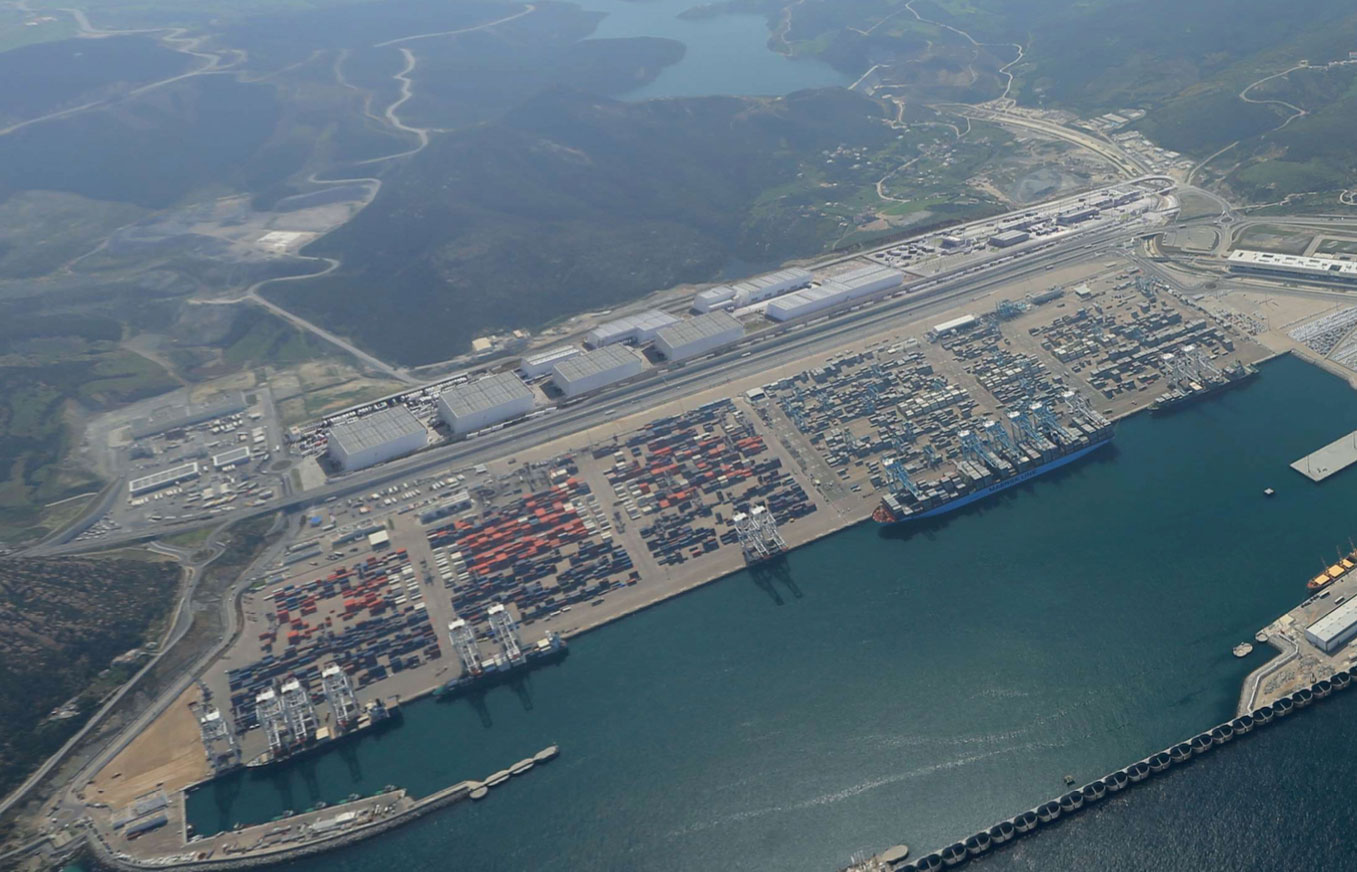 Tanger Med is poised to seal its name on the Mediterranean as its biggest port following the kick-start Tanger Med 2 (adjacent to Tanger Med 1) on 28 June, which is the third development phase of the 1600-hectare port complex.

Having processed 3.4 million Twenty-foot Equivalent Unit (TEU) containers last year, Tanger Med became the top capacity port in Africa, thus leaving behind giant ports, such as Port Said in Egypt and Durban in South Africa. The four-terminal port with a capacity of 9 million TEU containers, 7 million passengers, 700,000 long vehicles and 1 million cars is strategically situated at the crossroads of the Atlantic and the Mediterranean, representing the shortest distance from the African continent to Europe – a mere 14 km.

With 98% of commercial exchanges of Morocco being operated by maritime routes and 20% of the global trade passing through the Strait of Gibraltar, the port is well situated to become a commercial hub – and registered an export volume of 88 billion Moroccan dirhams (€21.3 billion) in 2017.  The traffic on the Strait is especially busy in the summertime with some 4.5 million passengers and 900,000 cars transiting to Moroccan ports, mainly from three European countries – Spain, France and Italy.

The port complex provides direct access to high-speed trains and to modern highways, which are part of a comprehensive transport network developed in the last 20 years. A new 9 billion-dirham (€2.3 billion) investment programme aims to further improve the logistics networks and to make Morocco a major global logistics actor.

The realisation of one of the largest economic projects in the North African country will have positive implications for EU – Morocco relations. The ongoing infrastructural, industrial, economic and social development in Morocco would certainly benefit its ‘privileged’ partner EU, which has been one of most enthusiastic supporters of Tanger Med and contributed to the financing of the project via its European Investment Bank.  Since the launch of Tanger Med a total of €8.1 billion was injected to the port complex by both public and private sectors.

Ranked as one of the top 20 most connected ports in the world with links to 186 ports in 77 countries, Tanger Med is home to 912 enterprises (half of them European) specialised in aeronautics, logistics, textile, agri-business, automotive and services sectors. The port’s Economic Free Zone offers fiscal, administrative and customs advantages for companies while providing them with a unique ecosystem with a security mechanism and in-house services. Leading European companies are also heavily involved in the operation of the port and run the largest car plant in Africa within the industrial platform of the port complex.

75,000 jobs have been created in the industrial platform so far, which hosts most of the automobile and aeronautics manufacturing supply chain. Moreover, the high-tech city Mohammad VI near Tangier is expected to create up to 100,000 jobs and to attract investments worth around €9 billion. This is a major leap for the EU’s southern neighbour, which turned from a phosphate-exporting country to a car-exporting one (producing 65% of the car parts) in the past few years, becoming one of the top three manufacturers in Africa.

This could have important implications for EU-Morocco cooperation in the fight against irregular migration.  In fact, for the first six months of 2019, the number of illegal immigrants arriving in Spain from Morocco has fallen by 23.3% compared with the same period last year.  Although this could partly be attributed to the increased cooperation between the EU and Morocco in border management, coordination of police forces and fight against human trafficking and criminal networks, and various EU programmes earmarked for protection of refugees and vulnerable migrants in North Africa, the development of the local economy and its spill-over effects in Africa, is certainly to play a determining role in curbing irregular migration.

With its trans-shipments mainly directed to West Africa, Tanger Med Port could also contribute to the economic, human and social development of the African continent as a whole. Since its adherence to the African Union in 2017, Morocco has been a bridge between the EU and sub-Saharan Africa and is quickly assuming a leadership role in the pan-African organisation. The prospects of a future Deep and Comprehensive Free Trade Area now being negotiated between Brussels and Rabat and a potential membership of Morocco in the 12-nation Economic Community of West African States (ECOWAS) could further boost the triangular exchanges in the Euro-African area.

Having an Association Agreement and an advanced status with the EU, Morocco launched a partnership for shared prosperity, including in the area of shared values and security, with the bloc in late June, which also foresees the integration of Morocco in new EU programmes and agencies.

While the EU and Morocco enjoy good trade relations, with the EU being the latter’s top trading partner, the two parties signed cooperation agreements in agriculture and fisheries areas earlier this year.