Entertainment politics as a palliative measure 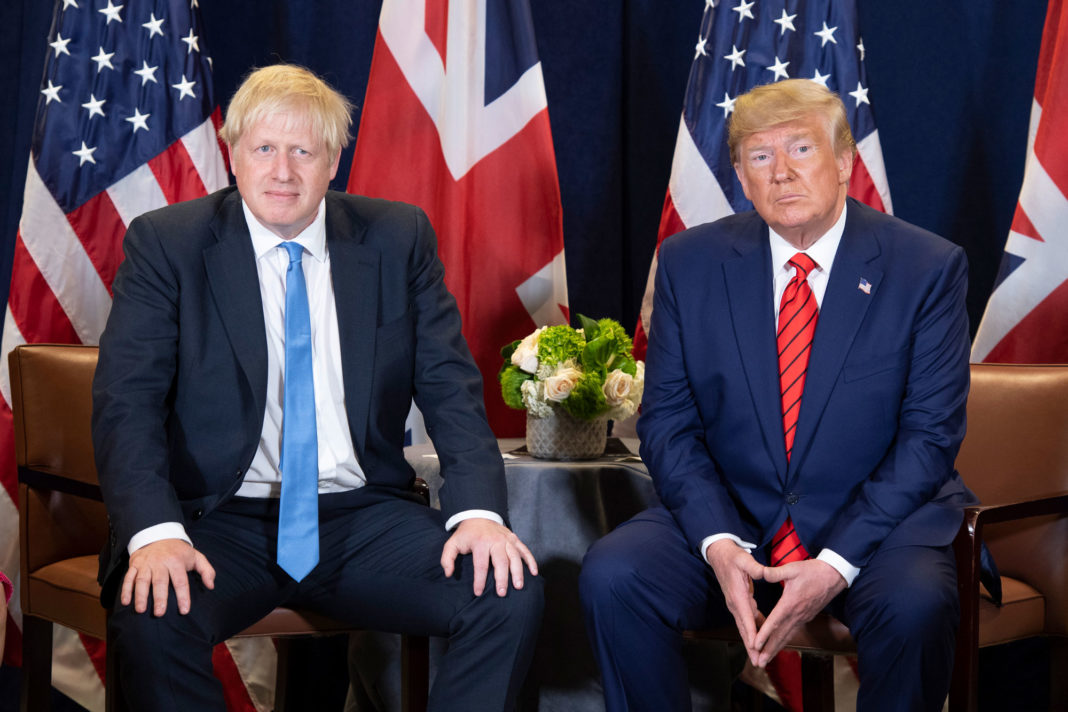 Both sides of the “special relationship” had a rough day on 24 September. Boris Johnson was defeated in his country’s Supreme Court, which declared his earlier decision to suspend the British Parliament “unlawful, void, and of no effect.” In the meantime, Democrats in the US began impeachment proceedings against Donald J. Trump.

Some called it a turning point that would bring the world’s two most successful democracies “back to normal”, as  the United Kingdom and the United States are led by two remarkably similar figures.

“He’s a different kind of guy, but they say I’m a different kind of guy, too,” Trump once said while predicting that Johnson would “do a great job” and that they would get along well. Like Trump, Johnson is a larger-than-life populist who has made controlling immigration and restoring his nation’s standing in the world the key issues of his rise to in recent years. Both Trump and Johnson have already transformed their countries by targeting what they describe as the “enemies of change”.

Trump aspires to undercut the political class in Washington. Long before leading his country through the final stages of Brexit, Johnson made a career out of castigating the Eurocrats and bubble EU establishment in Brussels. Both Trump and Johnson have been accused of playing fast and loose with people and the facts.

There is something else that these politicians have in common – more than anyone else in modern politics, they are using theatrics and over-the-top rhetoric to entice voters. How these men have come to lead the two leading Western democracies says a lot about the political culture of the West in the recent years.

In 2015, when the Huffington Post announced that it would begin filing news about the Trump election campaign in its “Entertainment” section rather than under “Politics.” The United States has a long history of blurring the line between entertainment and politics to entertain voters. Election day itself in the US is often used for drinking and partying. The political debates are often remembered not for the significance they play, but for how entertaining the whole exhibition was. When ex-actor Ronald Reagan won the presidency for the first time in 1980, it became obvious that American politics had become a part of show business.

Elsewhere in the world new politicians are learning fast. “I have to confess that I had an opportunity to learn from you. We used quite a few of your skills and knowledge and were able to use it as an example for our elections,” President Volodymyr Zelensky of Ukraine, a professional entertainer himself, told Trump during their recent phone conversation that has now gone public because of the Democrats’ impeachment inquiry.

Appearances always mattered in politics. The optics of a youthful, vibrant, educated, and articulate John Kennedy debating a pale, sweaty and unhealthy-looking Richard Nixon in 1960 gave Kennedy’s campaign an overnight boost. The main difference in the modern age is that politics has turned into an ongoing reality show. For many people, politics has become a source of entertainment and a distraction from true compassionate action. This is why, I am afraid, while 24 September 2019 may have been enthusiastically received by many audiences around the globe, it is just another day. Many, on both sides of the Atlantic, will eat the news of Trump’s and Johnson’s bad days and will wait for more entertainment to come, but here hasn’t been a fundamental U-turn in this regard.

People love charismatic leaders, they always have. And they love entertainment. It distances them from material realities. Both show business and social media have made the definition of charisma in politics shift from compelling attractiveness or a type of charm from a values-based, symbolic, and emotional leader who can inspire devotion in others to a type of leadership seen as extraordinary because it is grabbing and entertaining.

The political discourse is now boiled down to brief and melodramatic slogans and twits. This phenomenon has completely shifted what we view as acceptable from political leaders. The major qualification for leadership now seems to be star power, which only distracts from real, consequential policy. Many have lost track of the differences between political events, sports, and entertainment. They are now all about competitions and drama and attract heavy emotional investment and the mass media is more than ready to help.

The outcome has profound consequences for democracy. Blending politics into entertainment makes it easy to forget that politics is a system in which citizens are not meant to sit and watch idly, but to play an indispensable role. Seeking justice, advocating for policies, and actively participating in local and national government is hard work. It’s much harder than sitting back and being entertained.

Modern liberal politicians, journalists, and citizens need to recognise these tendencies and understand how they are embedded in the system. There is a need to analyse why people willfully consume and accept entertainment politics at the expense of real debate and why politicians who are good entertainers are otherwise shallow thinkers with poor character qualities often beat serious and thoughtful individuals.

We probably also need to recognise that there may be no way back to a profound debate without a touch of a reality show in it. We need to embrace social media to enhance a real and lively debate. At the same time, we can’t afford to continue treating politics like a sporting event where we root for our team and our leader with the dedication of a rabid football fan. We also can’t use our political energies on watching the “best performer” and consume more “political analysis” from sensationalist gossip columnists at the expense of sober policy analysis.

When people look at life really closely and realize that things are not running as smoothly as they should be, they tend to create a different world through entertainment. Talented graphic designers and entertainers come to help. Honest politicians should let people dream. They should also keep them rooted in reality through their leadership, but also be held accountable for taking on that responsibility.