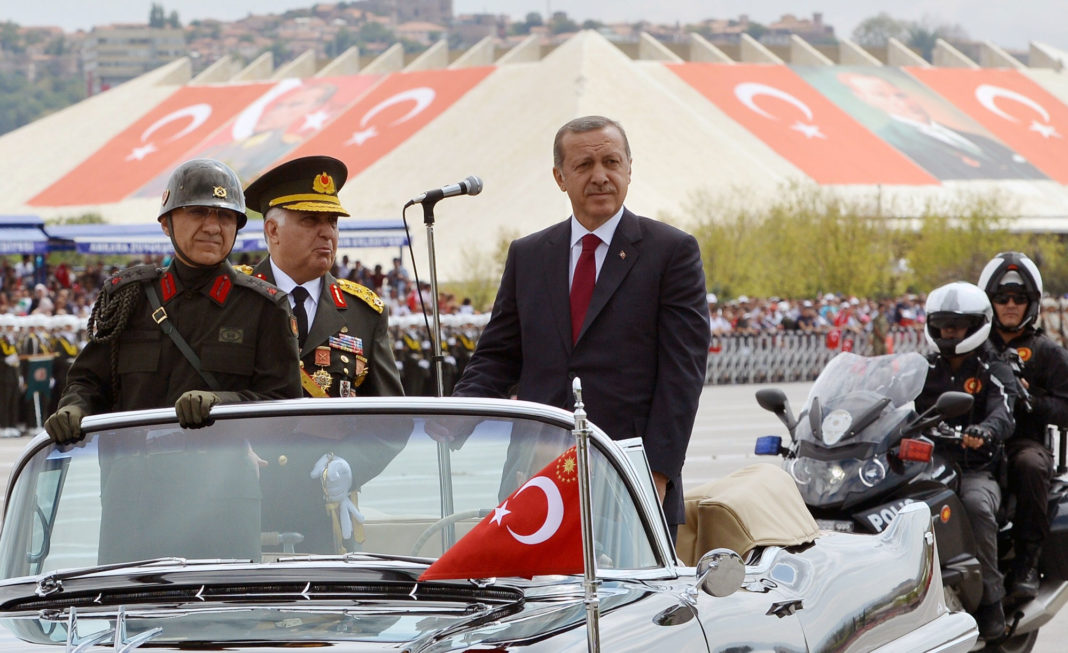 Turkey has signed a pact with the Tripoli government as the rebels advance on the Libyan capital after failed peace talks in Moscow, a move that much of the world condemns Ankara for as its involvement will only further fan the flames of war in the Middle East.

“Worried by the escalating situation in Libya, which affects the Libyan people in the first place, but also has a very negative impact on the wider neighbourhood, in Europe, Africa and Asia, we consider that the intervention of Turkish armed forces in Libya…as a very dangerous turn for the worse regarding the stability of the state and the hopes of its people,” the International Parliament for Tolerance and Peace (IPTP), an organisation that comprises representatives of over 60 parliaments from around the world and its general assembly includes world leaders, universities and think tanks, said in a statement.

The IPTP is the latest voice in a growing chorus of condemnation from the European Commission, Britain, Germany, France, Italy, Russia, the UN, all of which have called for a halt to the violence in Libya and “continued outside interference” in a war that has destroyed the country as a result of internecine fighting over control of the government after the ouster of its former dictator Colonel Muammar Gaddafi in October 2011.

Turkish President Recep Tayyip Erdogan remained deaf to all the appeals and went a step further from the recently signed maritime agreement with Tripoli, which already angered many including Greece and Israel, by sending troops and advisers to the government of the National Accord (GNA), which is not recognised by the Libyan parliament.

Erdogan is also at odds with Russia, his erstwhile ally in Syria, which is backing the GNA’s main opponent – General Khalifa Haftar’s Libyan National Army, which is at the gates of the capital and controls much of the country.

Paradoxically, the UN backs the GNA but quite a few countries believe it’s a hotbed of Islamic extremism and a safe haven for the defeated ISIS and other terrorist groups. Turkey insists that it is acting to support an internationally recognised government in Libya.

NATO, itself, is ambiguous on the issue with France backing Haftar and the US neither supporting or condemning either side for the time being.

Erdogan, however, has broader strategic goals in mind. Turkey sees Libya as part of its sphere of influence in the eastern Mediterranean and a vital economic beachhead to sub-Saharan Africa. Due to Erdogan’s actions, Turkey has few friends in the region, or anywhere else, for that matter. Those that it does have – radical terrorist groups like Hamas and the Muslim Brotherhood – are not palatable for the West and most of the Middle East. Turkey’s support for the Muslim Brotherhood was slammed by Egypt, Saudi Arabia, and the United Arab Emirates.

The Quds Force, the foreign military arm of Iran’s Islamic Revolutionary Guard Corps, and the Muslim Brotherhood set aside their hostility towards one another and united against Saudis while holding a summit in Turkey, at Erdogan’s behest, in 2014.

Initiatives and alliances like these could also explain Ankara’s consistent lack of decisive action against ISIS. Relations between Israel and Turkey – once close allies before Erdogan came to power in the early 200s – are now in a deep freeze. Tensions between fellow NATO member Greece and Turkey, which were already high over Cyprus, have now been raised to a new alarming level over energy.

Turkey’s recent maritime deal with Tripoli is a clear signal to other Mediterranean littoral states that they cannot ignore Ankara in the energy sector as well.

Greece, Egypt, Israel, and the Greek Cypriot Administration (GCA) have previously signed maritime agreements that exclude Turkey in the demarcations of their respective Exclusive Economic Zones (EEZ) in the Eastern Mediterranean. Turkey’s aggressive moves are seen by regional analysts as an attempt by Ankara to thwart its neighbour’s energy independence ambitions by beginning aggressive oil exploration projects off the coast of Cyprus.

Turkey’s exploration teams have been given armed drones to cover the survey vessel in an overtly antagonistic gesture to Athens. Greece recorded 91 airspace violations and 27 overflights by 20 Turkish F-16 fighter jets on January 14 alone, over its islands in the Aegean Sea.

The European Union condemned Turkey’s demarcation memorandum saying: “It infringes upon the sovereign rights of third states, does not comply with the Law of the Sea and cannot produce any legal consequences for third states.”

Turkey’s Libyan adventure now threatens to precipitate a broader crisis in the region that in turn could complicate Turkey’s relationships with both Moscow and Washington, as well as other key NATO allies.

“Erdogan’s gamble is most likely to go bust. Libya is not Syria and the Turks there are not facing the Kurds. The Turkish soldiers will have a hard time fighting in Libya with all its unknowns and at a point, they might even be forced to engage the Russians,” a senior Western military and intelligence official told New Europe. “There is a genuine fear all this will turn into another chapter of the (now defeated ISIS) Caliphate and there are just too many players with a seriously conflicting interest in the mix for all this to end without a massive mess.”

Erdogan’s dreams of resurrecting the Ottoman Empire are meant to project Turkey’s power and place in the world, but instead, he has achieved the opposite effect.

“Resorting to romantic pipedreams of restoring the Ottoman Empire means that he is running out of options,” the Western military and intelligence official said.

Indeed, the political walls in Turkey seem to be closing in around Erdogan. He has lost key elections in Turkey’s four largest cities, all of which were won by the opposition in 2019, and analysts believe that this trend will continue unabated in 2020.

In what many see as a sign of insecurity, Erdogan has continued to purge Turkey’s civil services and the army – including the arrest of 115 officers for allegedly being loyal to his arch-foe – Fethullah Gülen, a Turkish cleric[ who has lived in exile in the US for decades and whom Erdogan accuses of organising an unsuccessful abortive coup in July 2016, a charge which Gülen adamantly denies.

Many analysts believe the coup was a nothing more than a poorly orchestrated false flag that was engineered by Erdogan himself as a pretext to purge all those not loyal to him. Altogether, more than 77,000 people have been arrested and over 160,000 fired from their jobs, including soldiers, judges, teachers, journalists.

Erdogan was dealt a bitter blow at the end of 2019 by a person who had been seen by many as Erdogan’s close confidant. Ahmet Davutoglu, Erdogan’s former foreign minister and who also served as the chairman of Erdogan’s Justice and Development Party (AKP) from 2014 to 2016, unveiled the Future Party at a news conference in Ankara on New Year’s Eve.

Davutoglu is believed to have launched the new party after he reportedly was fed up by the human rights violations and attacks on minority rights that have become standard in the country under the almost two decades of Erdogan’s rule.

He was also reportedly angered over Erdogan’s decision to purchase the sophisticated Russian S-400 antiaircraft system, which has alienated Turkey from its NATO allies, all of whom have threatened sanctions against Ankara. True to form, Erdogan has defied the warning and has, instead, further ratcheted up tensions by launching an offensive against the Kurds, the US’ main ally in Syria.

In another move that further illustrated which way the pendulum of US-Turkish relations is swinging, both the US’ House and the Senate late last year passed landmark resolutions calling the massacre of up to 1.5 million Armenians by the Ottoman Turks in 1915 a ‘genocide’. In retaliation, an incensed Erdogan threatened to shut down Incirlik Air Base, which is located in eastern Turkey, near the borders with Iraq and Syria, and which hosts US nuclear warheads and the Kurecik radar base.

“Unable to reverse his imperialist dreams and policies, Erdogan is making enemies right, left, and centre at an alarming rate. He has snubbed NATO, the EU, the US, his Middle East neighbours and even Russia at times. He is overextending himself, digging himself deeper and deeper into a hole of his own doing. And one, perhaps not too far in the distant future, the bottom is bound to fall out,” the senior Western official said.