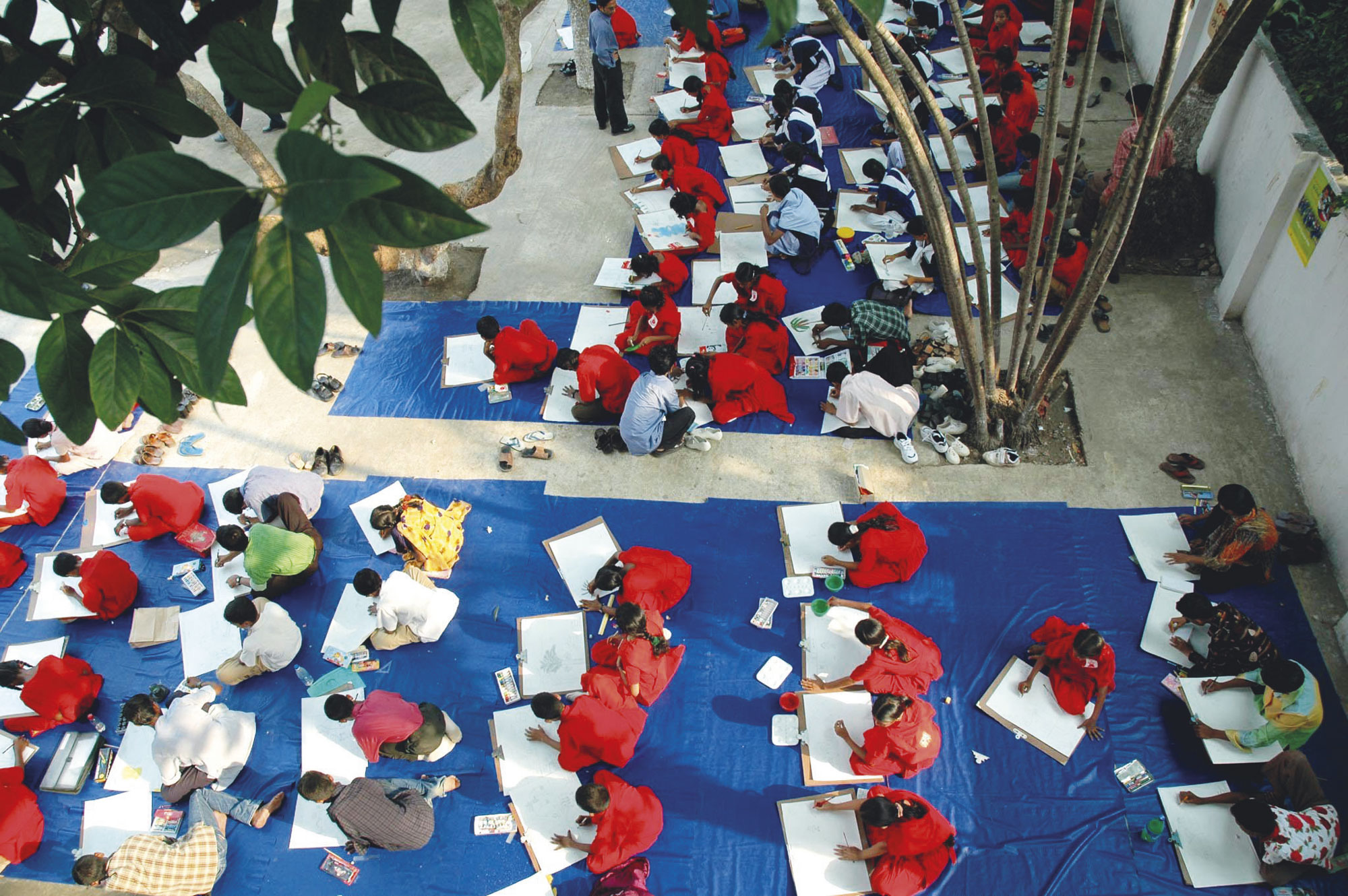 Singapore : The potential of an art school is not only to advance art, but to transform other fields through collaboration and intellectual discourse. Art is inherently multidisciplinary as it touches on all fields and areas of human concern, engages all of the senses and sense-based media as well as language and text, and therefore building a school on the global level means to engage broad cultural and human diversity in its conceptualisation and design. This includes contemporary 20th and 21st Century art as well as “world art” and international design practices and histories.

Art schools today also benefit from being inside active multidisciplinary professional and academic environments that include cutting edge science, engineering, medicine, and humanities research. It means that for an art school to be truly up to date it must engage a complex array of contemporary concerns, problems and challenges across fields and geographies and so being inside a major research university is both a challenge and increasingly a necessity. Global culture is today a complex interplay of many unique cultures, and they are being studied in traditional and non-traditional ways. It means to learn from and help preserve cultures and disappearing indigenous traditions using non-traditional media such as digital motion capture of dance, as well 3D scanning of architectural remains and 3D printing to restore them. It also means to engage sometimes conflicting cultural attitudes and hence putting them into discourse with the goal of attaining life affirming and respectful dialogue.

Artists and designers are both signposts and windows to the future, as well as critics, discussants, diplomats, and peacemakers. They combine heart and mind with the goal to make the world a better place. A global art school is therefore a kind of microcosm of the global condition where complex issues can be deeply and intelligently discussed. It is, in a way, a creative laboratory for global social and environmental problem solving, a United Nations of Art and Design.

Over the past 35 years, I have built several academic art programmes in the US (California) and Asia (Singapore) using the international, transdisciplinary and multicultural approach. In each case, the methodology was to actively bring diverse fields and cultures together to catalyze the invention of new ideas and innovative creative works, and to do so in an environment where deep contemplation, experimentation, and inspired applications can be developed.  As Professor Carver Mead of the California Institute of Technology, who pioneered the field of computational neurosystems commented to me in the 1980s, “new fields arise from the synthesis of other fields and new ideas arise from the synthesis of other ideas.”

As the late Professor Max Matthews, of Stanford University and Bell Laboratories once said, “artists working with technology catalyze the development of new technology.” And as the author Umberto Eco pointed out in his book “Serendipities”, languages evolve through a combination of individual invention and borrowing of ideas and words from other cultures.

Just as the global situation is in constant flux, an art school must also be flexible and respond to change. It is a living thing that needs nourishment to survive, and survive it does and with great vitality, often bringing joy and meaning to the lives of the many people it touches. An art school trains artists to be masters of new skills that they carry with them into professions that last lifetimes, but it is also a place where those very skills must be transcended.  An art school is more than a school, it is also a cultural centre that brings people together to share in yearly rituals and life changing events, through art forms such as dance, music, and today through a combination of digital media that include social networks and interactive installations. No matter what the media or technology, they provide spiritual, emotional, as well as intellectual depth and value to that which they behold. An art school must be reflective of the local as well as the regional and global context.

While each national context has laws and requirements which must be observed by all schools, it is fundamental that creative projects and programs be carefully evaluated from a humanistic and ethical perspective. A contemporary art and design school today both respects traditions and when necessary carefully departs from them, balancing beliefs and knowledge, combining aesthetics and ethics, while embracing fundamental democratic values and support for life, sustainability, and more. In Asia, this is especially true as art schools are generally relatively new there.

The cultural traditions are longstanding and deep, and very much alive and there has generally not been a rejection of tradition and history in the arts as there has been in the West. Young people in the art schools are fluidly combining both their local traditional cultures with contemporary western and global influences. There is not a “high art – low art” divide between handcraft and fine art as there is often in the West. In fact much of the handcraft in Asia is highly refined, and has a spiritual or religious dimension and sometimes is considered an offering.  Another fact is that until very recently, most of the traditional arts were taught by family members and not in schools, and therefore they were primarily oral traditions and often performance based rituals connected with holidays related to celestial events. Art schools in Asia today therefore have a double task, to record and preserve the traditions while also becoming actively conversant with Western ideas and traditions. Singapore in particular has been a gateway between East and West for hundreds of years, a place where goods of all kinds including ideas were exchanged among indigenous Malays, Indonesians, Thai, Vietnamese, Chinese, Indians, Dutch, British and many more connected with so many historical events including the spice trade, and becoming an independent country only 50 years ago. Also elders are respected and there is greater cross-generational knowledge transferred. By bringing the best minds from different generations, such as Nobel Prize winners for NTU Students to learn from, and in the Art School senior artists and professors with long and distinguished careers, students have great access to global best practices in the arts of the 20th Century. With all these rich interactions between East and West, Singapore has truly become a global city-state that for the arts is one of the most exciting places to be.

It is not easy to build an art school that is global. But it is necessary and exciting.  It is a place where the whole world is the subject, and thinking, imagining, and realizing a better world is the work to be done.