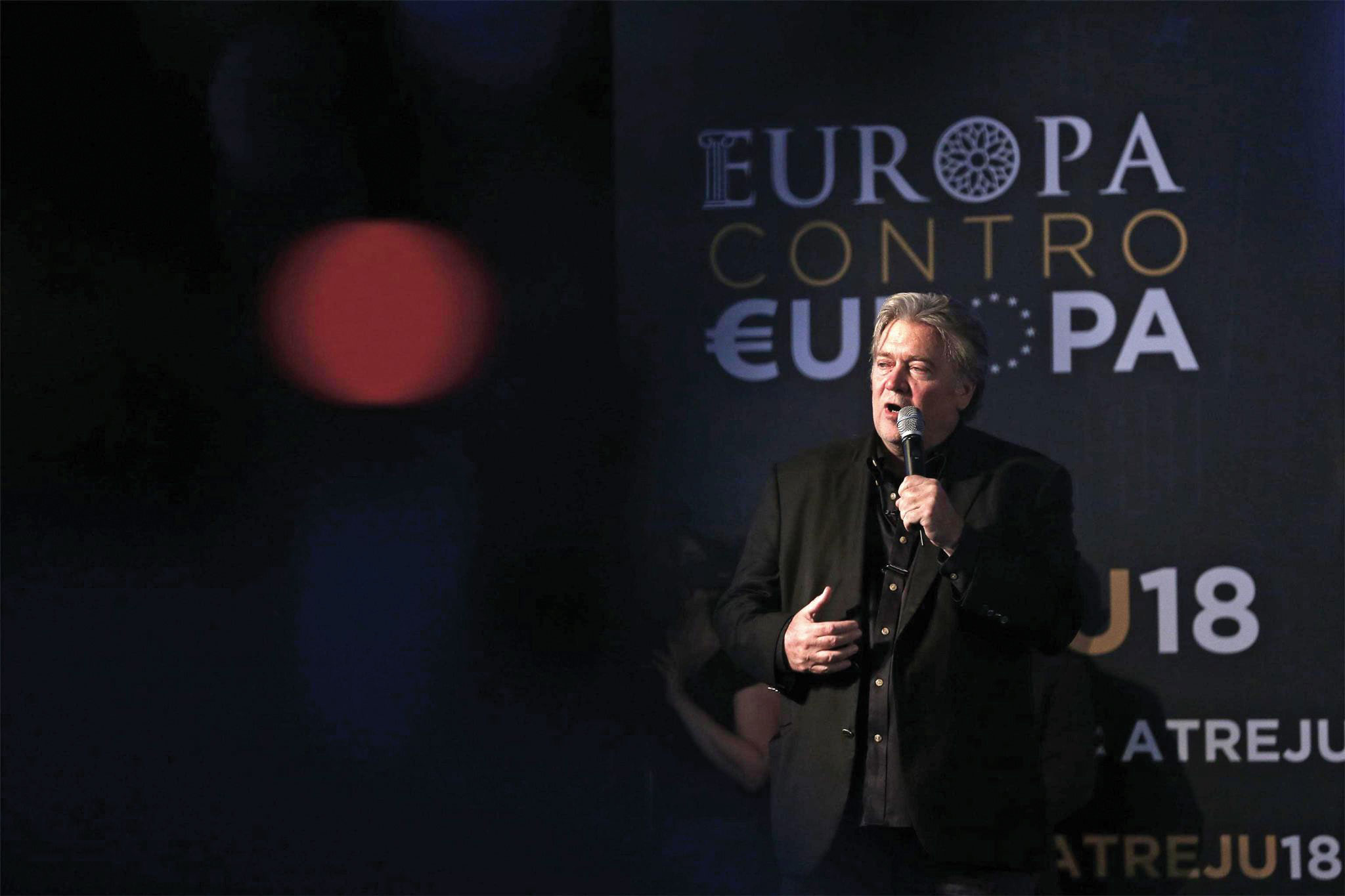 Populist leaders have long made gains by posing as the alternative to a “corrupt elite” that enriches itself at the expense of “the people.” According to the populists, only they can restore decency to governance. Or, as Donald Trump put it during the 2016 US presidential campaign, “I alone can fix it.”

Trump made full use of the populist playbook, from labelling his opponent “Crooked Hillary” to promising that he would “drain the swamp.” But it has now been almost two years since Trump’s election, his administration is oozing scandals, and the swamp is deeper and murkier than ever.

Populists rarely deliver on their promises to clean up government, for a simple reason: Their real priority is to exploit the system for their own gain. This is clear in Central and Eastern Europe, where the region’s mini-Trumps are presiding over their own bogs of corruption.

In Poland, the de facto leader of the Law and Justice (PiS) party’s government, Jarosław Kaczyński, consistently rails against corrupt elites at the same time that he erodes democratic institutions and staffs key positions with political cronies. The government has also taken over the management and distribution of vital funds for non-governmental organizations, increasing the likelihood that grant-making will be politically motivated to punish NGOs that are critical of official policy. The very NGOs that help to uncover corruption now stand to be corrupted.

Corruption withers in environments where journalists and watchdog groups can work without fear and repression. That is why right-wing populists are so bent on undermining, belittling, and censoring the free press. For his part, Trump decries serious journalism as “fake news,” and maligns leading media outlets as “enemies of the people.” Under Europe’s mini-Trumps, outright censorship and political capture of public-service broadcasting have become de rigueur. Since the PiS came to power, Poland’s media ecosystem has been downgraded from “free” to “partly free” in Freedom House’s annual rankings, owing to “government intolerance toward independent or critical reporting, excessive political interference in the affairs of public media, and restrictions on speech regarding Polish history and identity.”

Similarly, in Hungary under Prime Minister Viktor Orbán’s government, NGOs that receive foreign funding are stigmatized, obliged to follow burdensome reporting restrictions, and categorized as “foreign agents.” These are measures that one would expect to find in Russia under President Vladimir Putin.

Moreover, as in Poland, the neutering of Hungarian civil society has created a fertile environment for corruption. Hungary’s clean-government score on Transparency International’s Corruption Perceptions Index slipped from 55 in 2012 to 45 in 2017, putting it below countries such as Saudi Arabia and Malaysia.

Once a champion of democracy, Orbán is now mired in corruption scandals stemming from his alleged acceptance of various in-kind contributions from a close circle of suspiciously successful entrepreneurs. Members of Orbán’s government now routinely travel on private jets to attend soccer matches and all-inclusive hunting trips around Europe, and they are known to accompany the country’s oligarchs on luxury yacht cruises. Public procurement contracts tend to be 25% above the market price, on average. For the first time since its founding, the European Parliament recently voted to pursue sanctions against a European Union member state under Article 7 of the Lisbon Treaty, following the release of a damning report detailing the scale of illiberalism and corruption in Hungary. For all the populists’ talk about the state being under siege by corrupt elites, it is they who are undermining their countries’ reputations. Their hunger for power and personal enrichment, often born of a deep-seated authoritarianism, consistently trumps their supposed desire to deliver genuine reforms for the common good. And, as a practical matter, populists have a terrible track record on inequality, corruption, and criminality.

Unsurprisingly, many of the MEPs who still refuse to endorse formal action against Orbán’s government happens to be embroiled in expense scandals of their own. For example, Europe of Nations and Freedom, the far-right parliamentary group comprising France’s National Rally (formerly the National Front), Italy’s League party, the Freedom Party of Austria, and the Dutch Party for Freedom, is alleged to have received €427,000 in compensation for “unreasonable” and “noncompliant” expenses in 2016. If we are going to stem the tide of corruption in Europe, it is imperative that EU institutions respond to breaches of the bloc’s foundational values, starting with the attempts to stifle NGOs and the free press.

Ideally, Europol, the EU Agency for Law Enforcement Cooperation, should be upgraded so that it has powers similar to those of the FBI in the United States. That means it would have the authority to initiate investigations anywhere in the EU and to require that national-level law-enforcement agencies cooperate with its efforts.

Instead of protecting populist governments that are enabling corruption and, in some cases, looting EU funds, the EU should be using the mechanisms available under its treaties to ensure that all member-state governments are held to account. The defence of European values demands nothing less.