Member of the European Parliament, author of a draft EP report on the transformation of the EU’s directive on energy efficiency 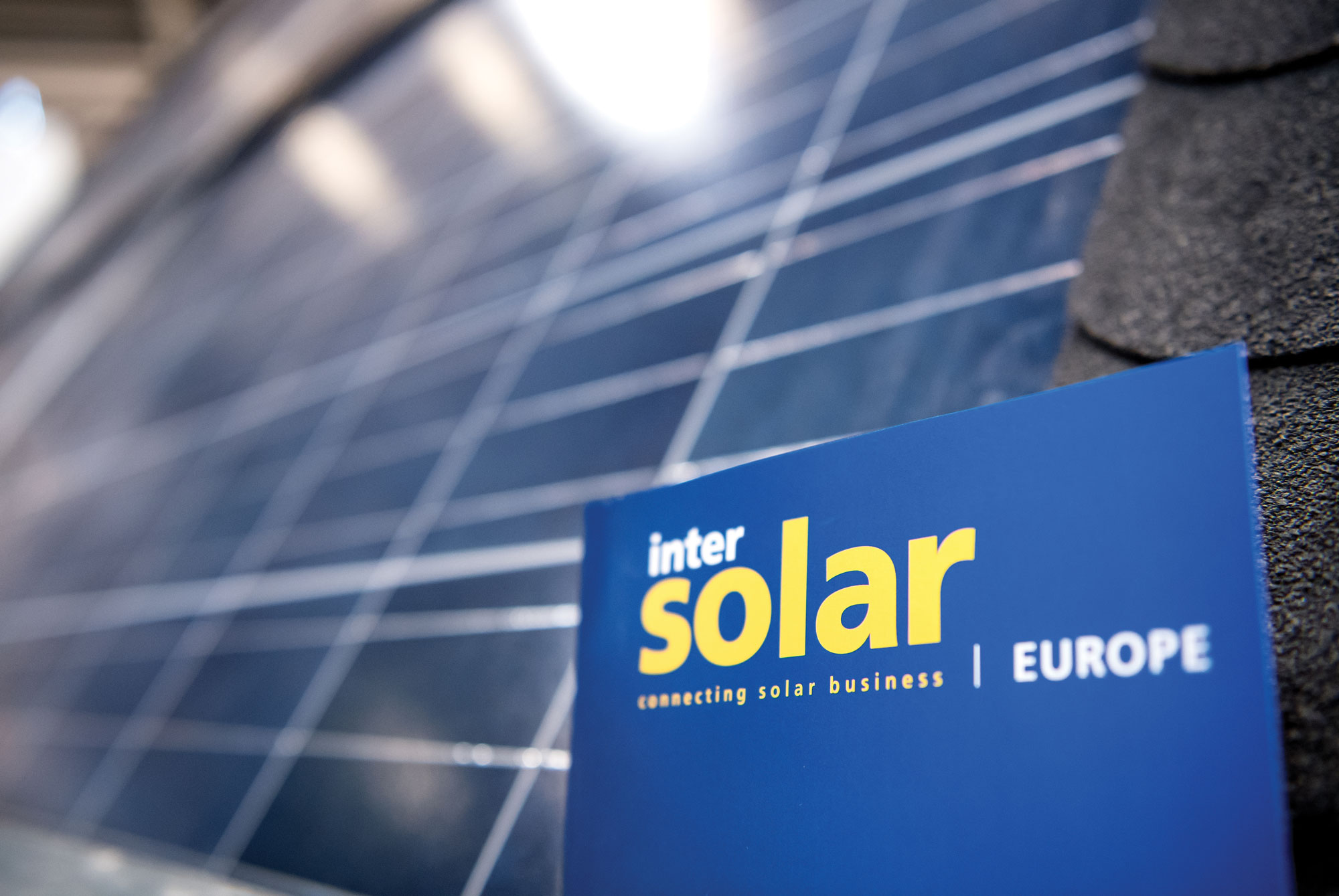 Recasting the EU’s directive on energy efficiency for 2012 has become a necessity since this directive does not refer to efficiency senso stricto. From the beginning, the intention of its architects – the European Commission – was to limit the use of energy on the consumer market, even in an extensive manner, without visible changes to specific energy efficiency, which was euphemistically denoted as savings.

The amended directive states that ‘energy efficiency means the ratio of output of performance, service, goods or energy, to input of energy; However, with reference to energy it is necessary to make a minimum clarification, that it means a ratio of the obtained energy to the input of energy during each transition from one state to another, whereby this quotient, when multiplied by one hundred, will give us the efficiency of such a transition in percent.

The limitation does not, however, refer to a better transition of the primary energy obtained directly from nature to the final consumer market, whereas a limitation in the use of the latter does not in any way mean an increase in the energy efficiency, especially in terms of semantics.

It is, of course, possible to force a search for new technical solutions using market methods, and allowing for a better transition of the final electrical energy into usable work or the primary final energy (gas, coal, crude oil and others) into heating/air conditioning in housing. This is the technical approach.

For the purpose of a proper comparison of various energy technologies or energy mixes, both energy conservation and energy efficiency should be explicitly defined within the full balance boundary reaching the level of primary energy.

A decrease in the use of energy is the last link in the chain as it is the final stage of transition from primary energy to usable energy, but it is not directly proportionate to the limitation of its consumption at the beginning of this chain. The amended directive should, therefore, be challenged by the goals concerning solely the consumption of primary energy the natural resources of which are limited and are running out.

Errors in reasoning by the Commission

In a petition by the European Commission on November 30, 2016, titled “the Directive by the European Parliament and the Council Amending the Directive on Energy Efficiency” there was a certain distortion as in its recasting. The title of the document announces the energy efficiency as a primary subject, however, the Commission refers solely to an extensive limitation of the consumption of final energy. The energy savings in 2030 should exceed 10% in relation to those planned for 202, after their recalculation into primary energy.

According to the Commission, in 2030 they should have been the following values in relation to 2005:

– the use of primary energy shall be 23% lower;

– the use of final energy shall be 17% lower which, according to the authors of the proposal, will provide a goal of 30% with regard to primary energy.

To correctly calculate the final energy into primary energy – which is not specified by the Commission in its motion; only specifying that “the default primary energy factor (PEF) for electrical energy must be reviewed”.

Pursuant to this proposal – in the draft report and based on the studies of Polish scientists – we have presented a list of PEFs depending on the efficiency of primary energy conversion from various sources of energy, concerning both the generation of electrical energy and the effectiveness of heating/cooling with particular consideration of co-generation – a very important “bridging” technology that works towards the domination of the renewable energy sources.

The motion by the European Commission also states that “Conversion efficiencies are assumed to be 100% for non-combustible renewables…for the system limit, the PEF is equal to 1 for all energy sources”.

This is statement is a complete falsehood because – as is well known – various sources of renewable energy are characterised by diversified energy efficiency. For solar panels, this amounts to roughly 15% of the energy; for hydropower systems, it is up to 90%; and up to 300% or more for heat pumps. Can we, therefore, equate the PEF for a solar panel cell to the same criteria for a heat pump?

The second basic error in the reasoning of the Commission is that it assumes the PEF does not have to take into account the input of primary energy for Renewable Energy Systems and thus will be – as mentioned above – always equal to 1. Is this possible? With all due respect for the experts who are the authors of such opinions, I would like to use an example which contradicts it.

Before a windmill begins to produce clean electrical energy, it will have to be manufactured with the use of steel, cement, rare earth elements for generators, while their production will require a significant input of non-renewable primary energy.

This is the case at the moment. Naturally, this does not mean that someday, in the distant future we will only use the energy from renewable sources to produce those materials. However, in this case, imminent energy losses will also occur.

Limitation is not efficiency

In the amended directive, the Commission adopted the same manner of savings as before, which assumes that the annual savings on the final market will amount to 1.5%, whereas by 2030 the savings should increase by 30% in relation to 2005, the initial reference year. But let us see what the real efficiency of the EU energy mix may look like by 2015.

According to Eurostat data, it is easy to estimate the efficiency of the EU mix as a ratio of the final energy to the entire primary energy in terms of tonnes of oil equivalent, which when multiplied by 100 will give us a result based on a percent. In 2005, the total amounted to 65.12%. it increased to 66.60% a decade later, a growth of 1.5%.

I asked the Commissioner for Energy and Climate Action Miguel Arias Cañete about this particular point. In his reply, Cañete said, “the target, in terms of energy efficiency for 2020, was calculated based on estimates specified in the reference scenario from 2007,” and added that, “despite the insignificant increase of energy consumption in 2015 and 2016 in the EU, the target in terms of the energy efficiency for 2020 still seems to be realistic and attainable”.

From the perspective of the year 2007 when this political goal was adopted it was possible, with difficulty and at the cost of huge capital expenditure, to plan for 85% efficiency of the European energy mix in 2020. The present raising of savings-related to ambitions of up to 30% and even 40% of the primary energy seems ludicrous. This will not only prevent the initiation of efficiency-related trends, but also it can effectively reverse the economic development and undoubtedly cause the growth of energy poverty.

I am afraid that the juggling of those numbers may be used to show in 2020 that the efficiency-related political goal of 3 x 20 was reached. With this type of potential manipulation, I would rather advise the European Commission to honestly replace the term “energy efficiency” with the term “limitation of consumption”.

I appealed for a rejection of the simplified thinking that the limitation of consumption of final energy has a direct impact on the efficiency-related dimension of those measures. The non-use of energy as a result of intentional blackouts or failures does not change anything in technological terms, whereas this kind of thinking would paradoxically stand for the increase of efficiency. The non-use of energy as a result of savings or restrictive limitation will, of course, have an impact on the decrease of CO2 emissions. At the same time, on average 1% of its limitation will be about1% of the decreased CO2 emissions. It is a known fact, however, that 1% of increased energy efficiency stands for at least 2% lower emissions of this type of greenhouse gas.

The efficiency of the energy mix is influenced by the savings of non-renewable primary energy, which depends on a correctly calculated PEF system from a proper system of calculation of primary energy into a final product and vice versa. On the other hand, this efficiency will grow together with the share of energy from the mix renewable sources.