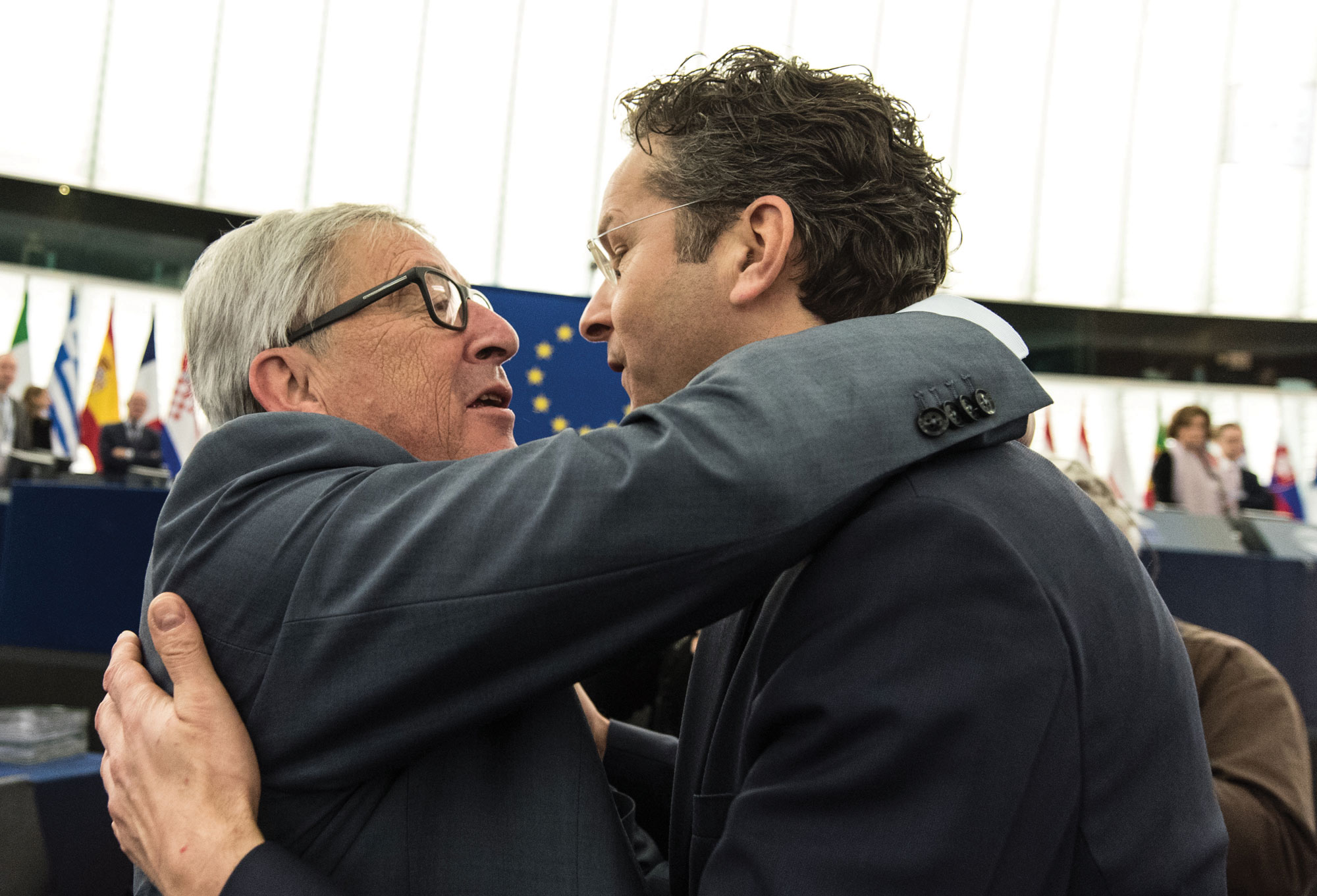 France’s fiscal adjustment has erupted in a “misunderstanding” between the presidents of the European Commission and the Eurogroup. The two share different views on “fiscal relaxation” and “blind austerity”.

Eurogroup President Jeroen Dijsselbloem reacted to a Reuters’ article which, according to EU sources, quoted European Commission Jean-Claude Juncker during his visit to Paris on May 31. According to the report, Juncker jokingly replied “parce que c’est la France” when asked why France has been given more time by the Commission to fiscally adjust its economy to meet EU requirements.

All EU member states are required to keep budget deficits below 3% of GDP. If they don’t, the preventive and corrective arm of the Stability and Growth Pact is activated.

Juncker completed his “because it is France” sentence saying: “It is not true to say that France does not respect the Stability Pact. France respects the Pact [by] using all the elements of flexibility that the Pact uses”.

“Anyone who likes to listen to the context would like to listen to the second part of that sentence and would not have a story out of a sentence that was not a story,” explains one EU source. “Our application of the Pact is rule-based and evidence based, taking into account political and legal discretions that the rules provide for,” while at the same time “individual specificities”.

In response to Juncker, however, Dijsselbloem said: “You have to be a little careful if it is in your advantage that the Commission turns a blind eye.  In the end, if we turn a blind eye everywhere, we make a blind monetary union”.

At the European Business Summit, Juncker restated that the Commission is absolutely making no differentiations as regards the application of rules between all EU member states. This was in response to Dijsselbloem’s remarks earlier on June 2. He said: “When it comes to this very point, the Commission is not making a difference between bigger member states and smaller member states. We are applying the rules as they are. And those who are saying that we would favour, that we would be more generous, when it comes to big member states are wrong; and they know it, which does not prevent them from saying it.”

On June 3, the Commission’s chief spokesperson Margaritis Schinas said Dijsselbloem and Juncker are in close contact and cooperation.

“We apply the rules with all the flexibility that they have, taking into account political sensitivities and equal treatment and so far the European Council has accepted our recommendations,” said Schinas.

As regards how far these political sensitivities would go, the answer to this question is in the Commission’s January 2015 Communication, which is about “making the best use of the flexibility within the existing rules of the Stability and Growth Pact”.

“At the heart of the application of the Pact must be the principle of equal treatment of all member states,” setting a framework shared and applied by all “where the Commission proposes and the Council decides.”

However, equal treatment, does not mean “one-size-fits-all” and must be combined with the economic assessment that is required by every situation.

According to the 2015 Communication, it is on purpose that the Pact envisages flexibility in the way its rules should be applied, both over time and across countries.

It is also on purpose that some discretion is left, within the agreed rules, for the Commission and the Council to assess the soundness of public finances in light of country-specific circumstances, in order to recommend the best course of action based on the latest developments and information.