A country in a digital transformation

Minister of Information and Communications Technologies of Colombia. 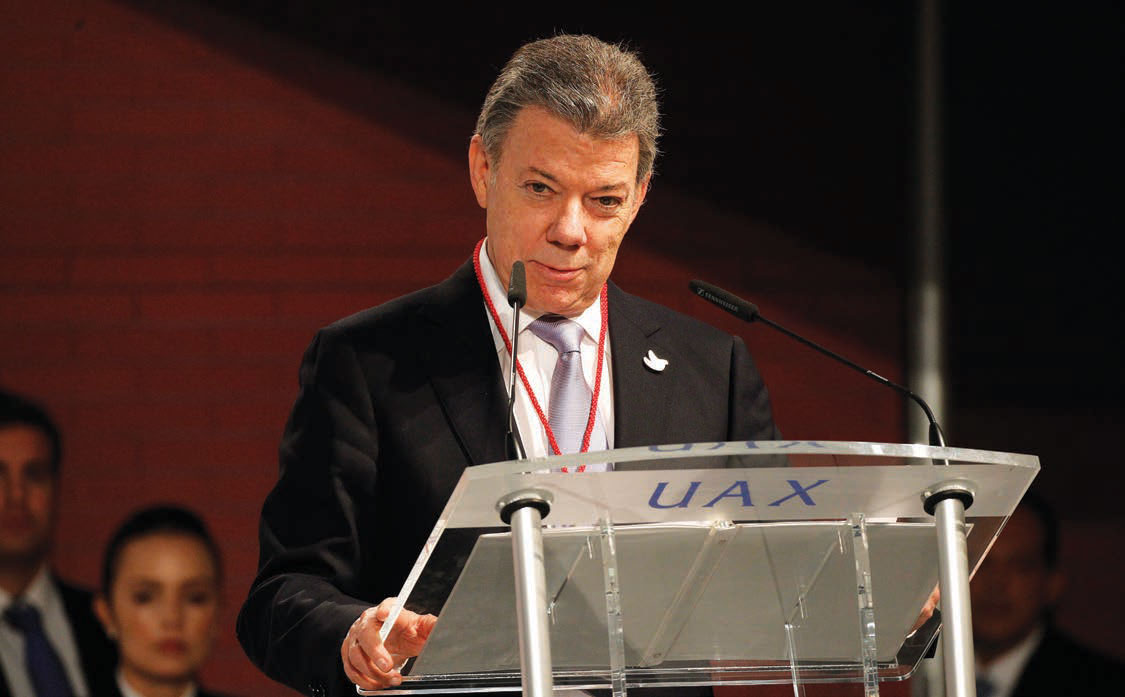 Colombia- Bogotá – Back to 2010 when President Santos was running for his first term in office, he had a vision to use digital technologies to transform the lives of our citizens. That was the idea behind the Live Digital Program (Plan Vive Digital) promoting that every citizen in Colombia had access to Internet and other technologies to be better informed, participate in the democratic discussions and to build a better government through the smart use of technology.

During the first four years since its conception, the Plan Vive Digital was focused in developing physical infrastructure, developing the fiber optic plan to cover all municipalities, putting the 4G spectrum in the hands of six operators in an auction that was recognized by the GSMA as a world class example on public policy. Also, the plan considered a set of policies to facilitate the access to computers, tablets by excluding them of the Value-Added Tax and removing tariffs for these devices, making them the more affordable in this hemisphere.

Looking backwards, the execution of Vive Digital has significant achievements. In terms of number of Internet connections, we moved from 2 million in 2010 to 14.4 million in 2016, a seven times increase, more than doubling the Internet penetration from 11% in 2010 to 27% in 2016. In term of municipalities with access to the fiber optic network, we pass from 200 municipalities in 2010 to 1.075 municipalities (95% of the total) in 2016, setting the critical infrastructure that our cities need to connect with ultra-high speed broadband access.

Then for the second term in office of President Santos, we gave to the plan a small different accent.

While we continue to execute the plan as originally designed, we added some emphasis on the people, creating a Live Digital for the People, promoting a wide inclusion and adoption of technologies to transform their live.

In this sense we promoted access to technology putting in place 890 Digital Labs (Puntos Vive Digital) and more than 6.875 Telecenters, places where our citizens get access to digital technologies and infrastructure needed to learn how to use the technology in smart and creative ways.

We are now in the task of creating WiFi zones where people can connect for free and getting access to the Internet in 272 places.

Also, we are creating relevant content by promoting the digitalization of the interactions with the government. At this date, we have more than 400 government procedures, like paying taxes, obtaining a National Identification and a Passport, on line. Colombia is a now a regional referent in Digital Government.

We also selected some strategic sectors to design specific plans to digital transform education, health, agriculture and justice. While we succeed in using digital technologies in the first three sectors, we have a pending task with the judicial sector due to ongoing institutional reforms and the inherent complexity of coordinating projects between the executive and the judicial power.

With all this, we tried to use digital technologies as a cross sectoral layer foundation to develop our economy. In this sense, the digital sector was viewed as an appendage to the economy. But now the Digital Economy has become The Economy. With an increasing view of the power of technology to disrupt, transform and change the way we communicate, entertain and participate and with the objective of deepening the use of technologies in the economy and the society this year we designed a strategy for the Digital Economy.

Our strategy is built on six interconnected blocks: (i) Providing forums and dialogue spaces to discuss the current state, scope and extent to which digital technologies transform the production processes and permeates the economy; (ii) Defining and coordinating an initiative to discuss the indicators necessary for the measurement of the Digital Economy; (iii) Creating two Centers of Excellence to facilitate the appropriation of key technologies in productive sectors, one for the Internet of Things and other in Big Data Analytics between academia, anchor companies; (iv) Designing a regulatory framework that promotes the depth of the Digital Economy, currently developed by our ICT Regulator, the Regulatory Communications Commission – CRC, defining the roadmap and necessary adjustments; (v) Creating a Digital Economy Observatory as a Public-Private Partnership to understand the level of the adoption of digital technologies in the productive and creative sector of the economy; and (vi) Transforming the current Vice-Ministry of IT into the Vice-Ministry of the Digital Economy, adjusting our institutions to accelerate the digital transformation of the economy.

With this building blocks together we hope to be in the best possible position to create a Digital Public Policy that enables the digital transformation of all industries.

Finally, with the peace process in place there are new possibilities to include several more citizens in this digital transformation. It is our duty and our responsibility to not leave someone behind in the opportunities created by the Digital Economy.

We are positive that the building blocks we had put together will increase the adoption of technology in the economy and the society.