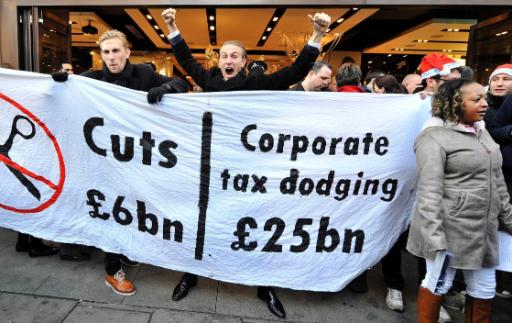 The Eurozone’s finance ministers committed on Tuesday to take measures that address the content of the new so-called “paradise leaks.”

The Eurogroup was discussing a list of uncooperative tax jurisdictions that the Commission is committed to publishing by the end of 2017. The list will name and shame particular destinations as “’tax havens” while EU member states are debating the prospect of sanctions.

To this end, the Austrian Finance Minister Hans Joerg Schelling said on Tuesday that there should be sanctions for countries that refuse to abide by OECD rules on taxation transparency.

Since 2013, Apple has been targeted by the European Commission on tax evasion charges in Ireland. The leaks suggest that Apple has since moved it’s offshore vault from Ireland to the Channels Islands and Jersey. US firms are taxed for their global income, but only for repatriated profits. US multinationals often maintain large cash reserves overseas.