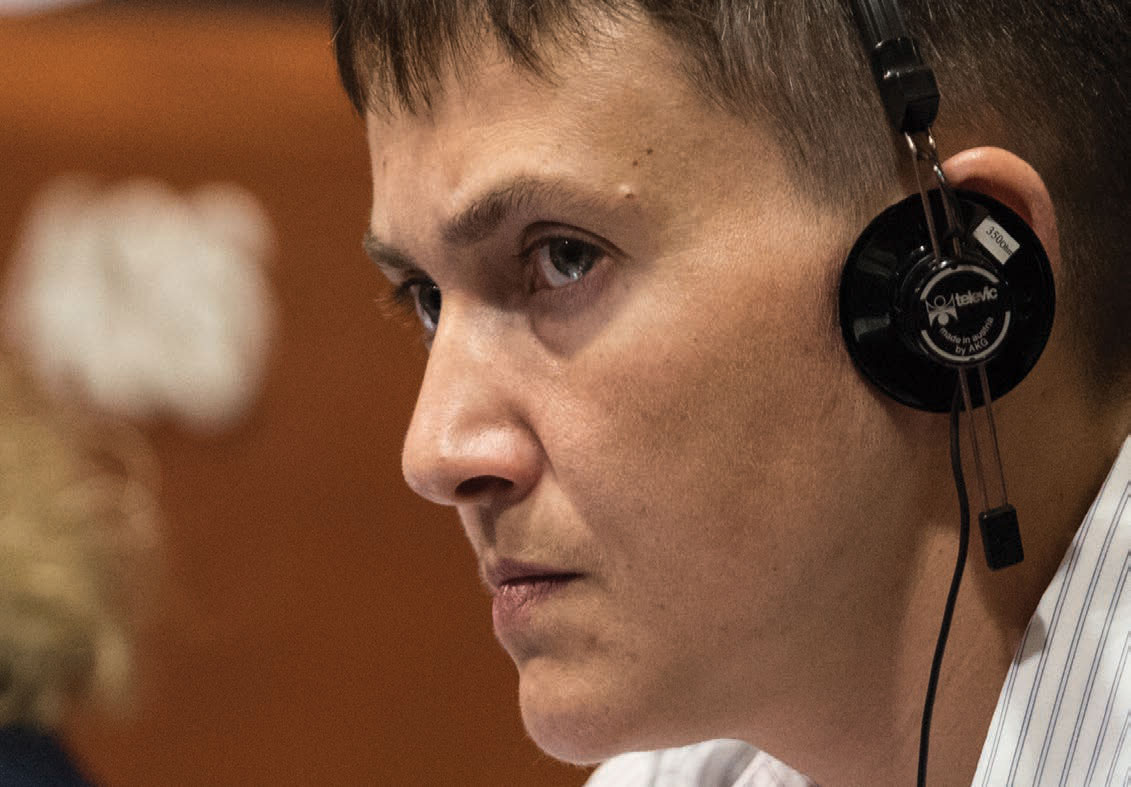 Yet it was not the famous Nadia Savchenko to receive an award this time, though a manful dedication to fight for media freedom by a Crimean journalist Mykola Semena was honored. Yet there was a clear shared feeling in the conference room, that brave men and women make this world better and hopeful at the times of adversity and political unrest. As verbalized in the lips of EU Commissioner Johannes Hahn, who drew the parallel between landmark November events in history as the fall of the Berlin wall and the EuroMaidan in Ukraine mane years after, remind us of the “tremendous power of people in our common past”.

Is it rather evident in the activities of Eastern Partnership Civil Society Forum, that strong civil society surely can make governments feel responsible, drive change and development within the governmental levels. Organized civil society make people feel engaged in social and political life, as well as enable them to be far more resilient to fraud, limiting political decisions or any individual injustice brought by the regime. A good example here is the detention and the release of political prisoners in Armenia this year, achieved by the outstanding pressing by the civil society.

When it gets to the transformation process in the country, people can certainly be the unifying force, pushing change, as their social and economic interests are rooted in the “change” they advocate. The exponentially growing number of the applications by the civil society organizations from EaP countries and the EU member states (this year amounted to 538) submitted to attend the Annual Assembly of the Forum, confirms the growing interest in the importance and assimilation with the EU.

But perhaps best example here to date, is the actual reforms driven by the civil society actors of the post-soviet countries in the East. It is arguable whether official normative agendas aligned with the EU requirements, can be fair assessment of the actual changes in these countries. Certainly, the legal instruments are important to track progress, as it gives set of standards implied, also gives a good signal to stakeholders and investors. But it does not necessarily constitute the change “on the ground”, within the society, if it is not coupled with transparency, competence and eagerness to accept the EU standards of democratic life.

The idea of comparing country reform agendas and performance in their relationship with the EU emerged soon after the Eastern Partnership policy initiative was launched. It was felt that the civil society in the region lacks collective effort to stimulate reforms on the ground, thus the Eastern Partnership Index (EaP Index) as a separate instrument to assess the transformation progress of the EaP countries was born. As of 2014 EaP Index has been developed by the Eastern Partnership Civil Society Forum, with the next issue due in March 2017 under the donorship of Open Society Foundations, the Ministry of Foreign Affairs of the Czech Republic and the International Renaissance Foundation.

Within the current hardened geopolitical context and the EU’s internal political crisis, Eastern Partnership is often questioned lacking coherence as putting together very different countries with different political vectors, weather all those countries really seek assimilation with the EU (Belarus or Azerbaijan show least interest), while at the same time the EU has been urged to strike a better balance between bilateral approaches and a regional policy.

In 2014 Moldova, Ukraine and Georgia deepened their integration with the EU, signing Association Agreements (AAs), including DCFTA (Deep and Comprehensive Free Trade Area Agreement). This increased the division among EaP partners with different levels of political engagement with the EU. The shift was also evident in the European Neighborhood Policy review presented by the European Commission in 2015. However, the challenges such as the war in Ukraine and the refugee crisis in Europe, the corruption-driven crisis of legitimacy in Moldova, the renewed association negotiations between the EU and Armenia, only amplify inter-regional discrepancies and accentuate the need for a more elaborate regional agenda.

In an increasingly turbulent and unpredictable international environment, the EU and the EaP partner countries need a platform that can provide a balance between bilateral and regional approaches and enable people, organizations and institutions to spark insights. Serving this need, EaP Index, as annual snapshot, covers and compares six countries, each with immense challenges and fluctuating political directions and perspectives. Therefore, the new issue of EaP Index is developed on elaborated approach, producing a civil society assessment (around 50 experts), that has emerged in line with the evolution of Eastern Partnership initiative and divergent integration agendas. The broad notion of integration (de facto) implies that EU membership or association is not limited to normative approach and is evident of actual societal, economic and political change.

Yet, it is not only about regional democratic challenge anymore, the global democracy itself, as well as European peaceful project, unifying a continent for over five decades into a multicultural peaceful family, lately has been experiencing major challenges. To accept the groundbreaking Brexit vote, to mitigate the internal hazards of the migration crisis and to rethink geopolitical outcome of the US election has been on the agenda. That leaves Europeans and their close neighbors feeling uncertain and not so firm about the fundamentals and values of what the European Union stands for. Though, for Europe it should certainly stand as unifying momentum to look for one vector and serve as an incentive to make allies with their neighborhood countries and strengthen people-to-people cooperation and therefore support for the EU more than ever.