Change on the horizon; brace for impact 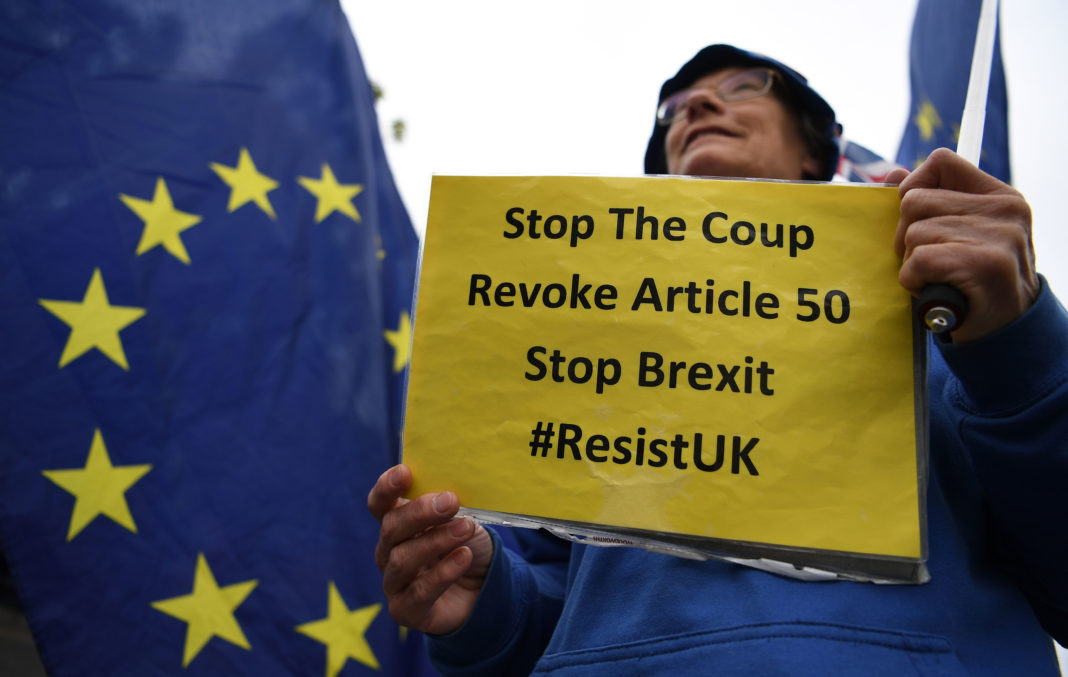 The European Union has entered into a phase of critical uncertainty.

The Brits made the second blunder in their post-war history with Brexit and are totally confused. The first mistake was that upon the end of World War II. They voted out the winner of the war, Winston Churchill, which cost the entire European continent heavily and is something that since then, nobody dares to say.

UK citizens are totally disorientated. European citizens in other countries, particularly in the south and the Balkans, all of whom claim to have bad quality politicians – are looking at the House of Commons and are very happy in the realisation that their political elites are angels in comparison.

The United Kingdom is walking on quicksand in the lobby of the Hotel California – where you can check-out, but never leave. As a result, all options are open. From a hard-catastrophic Brexit, to a revocation of article 50 which would return the UK to the same status it had before the entire issue began.

The political elite is dangerously divided, even more-so than the highly polarised electorate.

One unlikely scenario – which under the desperate circumstances cannot be excluded, and even seems logical – is that after a highly contentious election, the new government calls for a second referendum the week after with the question of whether or not to stay in the EU. If the result is to remain, things for the UK will be easy, and provide a sense of relief to the bloc.

The only thing the UK will have lost is two agencies on its territory, and the career advancement and appointments of its nationals in the EU civil service duringthe post-referendum time period.

The pendulum swinging from Germany to Italy

Germany seems to have entered into a mode of high political fluidity, while the rest of Europe – after the experience of two world wars that ended with 120 million victims – is increasingly concerned with the rapid growth of the German far-right.

There are serious concerns about the political future of Germany which, after dominating Europe economically, would also dominate the EU politically without the United Kingdom.

Ordinary Germans are hard-working and very disciplined. Realising that the outcome of their hard work is being dissipated by endemic austerity and overregulation, have begun to react and are moving with increasing pace to the far-right, having this as the most efficient and accessible means to express their disgruntlement.

The signs for Germany are not good. Only last week, Stefan Jagsch of the far-right National Democratic Party (NPD), was unanimously elected to a position in Waldsiedlung district of Altenstadt, in central Germany’s Hesse state. The decision was supported by the vote of seven council members that also included representatives of Annegret Kramp-Karrenbauer’s Christian Democratic Union (CDU), the center-left Social Democrats (SPD), and the pro-business Free Democratic Party (FDP). After the political party headquarters understood what had happened, they scrambled to reverse the vote, reportedly unsuccessfully so far. Even technically stripping Jagsch of the nomination is meaningless. The damage, even of a preliminary tacit acceptance of his political ideals, will have already been done. And this despite the after-the-fact condemnation by the mainstream parties.

At the same time, and this the real problem, the main far-right party – Alternative for Germany (AfD) – is striving to expand its influence from its stronghold in the former East Germany and is quickly gaining ground and building political capital all over the country. The rest of Europe is watching and worrying about what can happen in the post-Merkel era.

In Italy, the Christian-Democrats of Partito Democratico (PD), or the Democratic Party in English, made a suicidal attempt to return to power and associated with their political archenemy, the anarchist Movimento Cinque Stelle (M5S), known more commonly as the 5-Star Movement. To please Brussels, the new government appointed as Italian Commissioner former PD Prime Minister Paolo Gentiloni. It is a Pyrrhic victory as they cut bridges with Silvio Berlusconi’s Forza Italia and the Fratelli d’Italia party. This may result in a dreaded landslide victory in the next general election for now-former Deputy Prime Minister Matteo Salvini and his Lega party. Once again, Europe is watching, and worrying.

We are forcing Europe to change for the worse, based on the puny interests of a few big business and financial conglomerates which, compared to the future of Europe, are irrelevant. Indeed, a shift of European society to the far-right will be catastrophic, whether it happens by many aligning accidents and coincidences, or a strategic shift. If that time were to come, the big conglomerates would think that they were once able to make a deal with Adolf Hitler’s Nazi party and, as such, can make a deal with everybody.

Wrong. The Nazis were very disciplined, styling themselves on a politicised militarystructure,  and thus could make and keep deals. The new far-righters are not Nazis but could prove to be even more dangerous. And if one looks closely at many of the individuals involved in these movements, networks, and parties, many have a common ideology of convenience that runs like a thread throughout Europe – ‘anarcho-autonomy’. This has one and only target – not a fairer redistribution of wealth, but the total change of ownership of wealth.

If you scratch a little under their often densely inked skin, you will discover no right, left or centre, but an anarchist ‘puro’, to use some of their jargon of self-definition.

The future is coming, slowly and quickly

There are many scenarios as to what may happen in the medium to long term, but the alarming to the business community and the 1% is that political messiahs and even mainstream parties are more and more often talking about extreme measures to achieve a redistribution of income. Whether we look across the Atlantic at the ideas of Elizabeth Warren (and not only), or the UK Labour Party’s reported plans for the confiscation of about £300bn of shares in 7,000 large companies and hand them to workers.

The changes that are coming may seem subtle and gradual. They will be, until they are not.