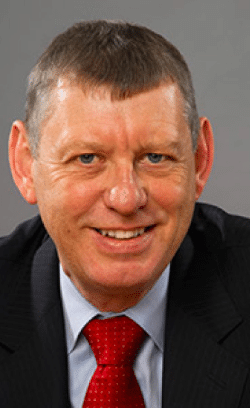 Former US Secretary of the Treasury Lawrence H. Summers and Anna Stansbury recently cast doubt on the future of central banking, suggesting that the prevailing monetary-policy framework is in dire need of a rethink. I agree, and have been calling for a reconsideration of “Old Keynesian economics” for more than a decade, starting with an article I published in 2006, two years before the Great Recession made it fashionable to question the way we think about macroeconomic theory. I am heartened that the narrative and body of research I have developed continues to gain public support.

In the current era of low – and in some cases negative – interest rates, many are starting to worry that the European Central Bank and the US Federal Reserve are “running out of ammunition.” When a central bank’s policy rate is already low, it cannot be lowered much more in the event of a crisis. Hence, one could argue that the Fed actually should be raising rates now, while unemployment is low, to create enough space for interest-rate cuts in the future, when unemployment may be high. Yet it makes no sense to raise interest rates if doing so could trigger a recession. The question, then, is whether there is a way to restock the powder keg without generating an explosion.

When the Fed or the ECB raises rates, New Keynesian economic theory predicts that the hike will eventually lead to a decrease in inflation and that the path from point A to point B will inevitably be accompanied by higher unemployment. But my own research suggests that New Keynesian economic theory is wrong. After all, if the Fed were to raise the short-term rate slowly and support equity markets with a guarantee to purchase a broad-based exchange-traded fund at a fixed price, there is no reason why the rate increase should cause higher unemployment.

According to the theory, a lower interest rate is supposed to lead to more investment expenditure, thereby driving aggregate demand and reducing unemployment. And lower unemployment is supposed to put upward pressure on wages, which eventually translates into higher prices (inflation) through a mark-up mechanism. That is the point when the central bank reverses its policy and starts to raise interest rates. Yet this entire story is contingent on the assumption that there exists a unique natural rate of unemployment – that is, the “non-accelerating inflation rate of unemployment” (NAIRU) – at which the pace of price growth will neither rise nor fall.

Although New Keynesians acknowledge that the NAIRU may change over time, they cannot predict how it will behave. Rather, central bankers make internal calculations of the NAIRU, and these then feed into decisions about the policy rate. When the unemployment rate is below the current NAIRU estimate and inflation still fails to materialize, they simply conclude that the NAIRU must have fallen. This is not science; it is religion.

In my book Prosperity for All, I offer an alternative to this latter-day version of reading tea leaves. My theory recognizes that a non-accelerating inflation rate is consistent with any unemployment rate. This point was originally made by John Maynard Keynes himself, in The General Theory of Employment, Interest, and Money, and has been emphasized by post-Keynesian economists for decades. I have shown in my research that the post-Keynesian view can be reconciled with conventional microeconomic theory using a “new” theory of labour-market search.

The standard theoretical narrative is based entirely on the Phillips curve, which asserts a direct tradeoff between inflation and unemployment. This is the narrative that determines what research is allowed into the top economic journals, and which discussions take place in policy meetings at central banks around the world. It is the narrative that informs how everyone from journalists and academics to the wider public interpret monetary-policy decisions. But it is a misleading narrative, one from which we must escape if we are to improve how we manage modern market economies.

To that end, it is not enough to criticize the Phillips curve. If the theory is wrong, it must be replaced with something better, and by something other than a return to 1950s Keynesianism, as today’s critics of the neoclassical macroeconomic theory seem to propose. According to Summers and Stansbury, government should “promote demand through fiscal policies and other means” (emphasis mine). While I agree that monetary policy will be impotent when Europe or the US enters another recession, I am not convinced that government spending is the right response. My own research provides empirical evidence that recessions are caused by crashes in asset markets. As such, it is better to stabilize asset prices than build bridges to nowhere.

Modern market-based societies have pulled more human beings out of abject poverty than any other known form of economic organization. But “capitalism” is not some monolithic structure that exists in contradiction to “socialism.” There is a continuum of alternative economic arrangements, with laissez-faire at one end and central planning at the other. Our goal should be to design institutions that take maximum advantage of the market as a mechanism for coordinating information, while also providing the tracks on which the market runs.