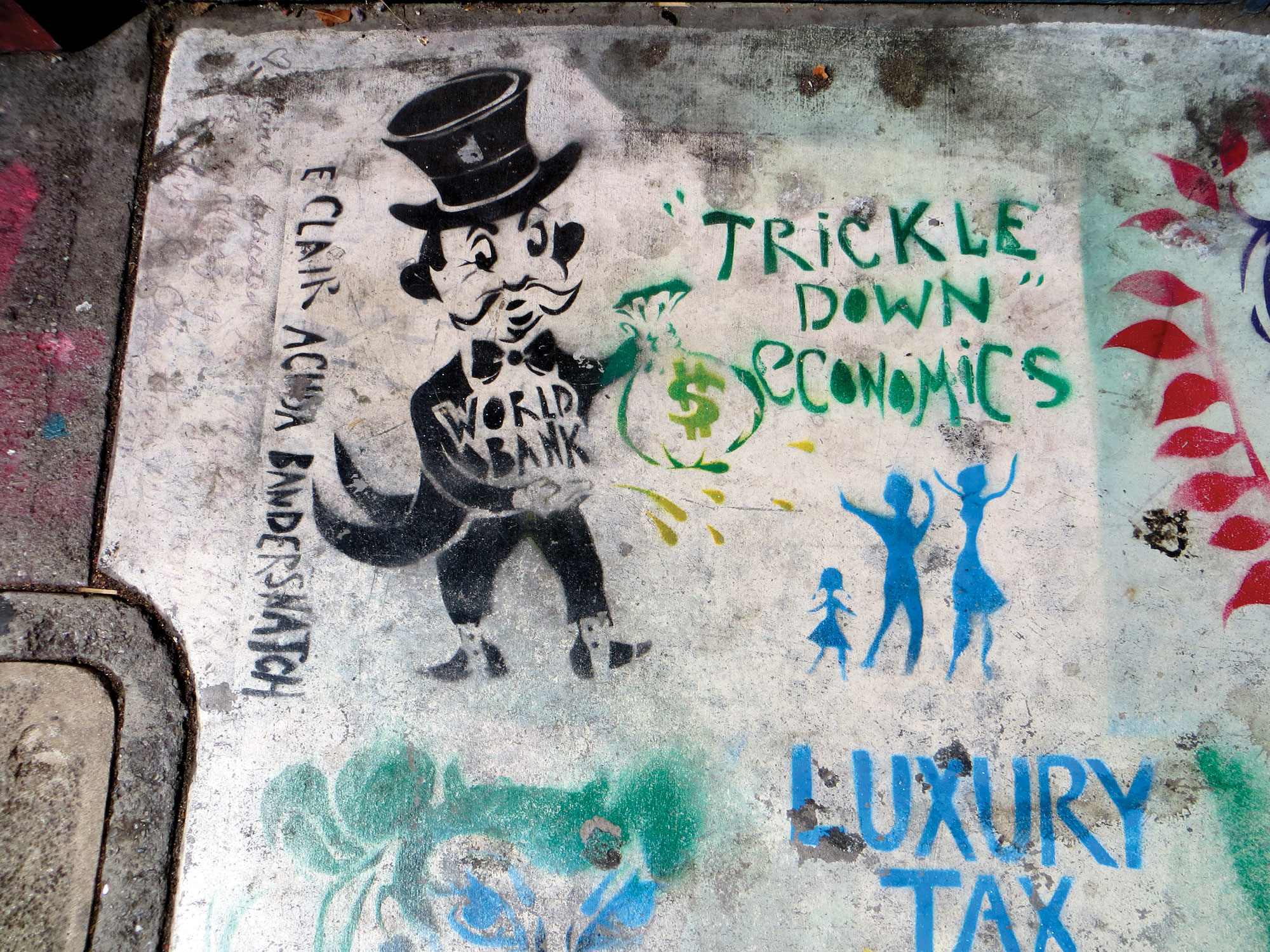 The past year has witnessed several attacks, including a few near misses, on the rules-based global order that has undergirded prosperity in the world’s advanced economies and the rapid growth of many emerging economies. A lively debate has ensued about whether the fundamental cause of such populist attacks is economic or cultural. I suspect the answer is a bit of both, especially because cultural explanations raise the question of why now, whereas economic explanations provide a ready answer: the significant slowdown of income growth.

A tougher question is what can be done about it. The challenge we face consists in the disconnect between the economic aspirations of the discontented and the policy tools we have at our disposal to meet them. And in some cases, the tools themselves may be politically counterproductive.

Still, we must try, because surveys of life satisfaction reveal some disturbing trends. Life satisfaction in the United States, as measured by the General Social Survey, peaked in 1990 and has been largely trending down, even as household incomes have risen (albeit tepidly). Other major economies have also experienced declining levels of self-reported wellbeing, including Italy, where Pew’s measure of life satisfaction peaked in 2002, and France as well. President Donald Trump won the 2016 election partly by promising to address the drivers of these trends – promises that neither he nor anyone else could keep. He promised to restore manufacturing jobs, even though manufacturing employment is falling worldwide as machines replace humans, propelling record production without commensurate job creation.

Similarly, Trump promised to restore the coal industry, which has also been declining for decades, not only for some of the same technological reasons, but also because of the fall in the price of natural gas and, to a much lesser degree, increased regulation of coal-based energy. More broadly, his promise of substantial job creation, wage gains, and economic growth of 4% or more flew in the face of deep factors, like demographic trends and slow productivity growth worldwide, that are at the root of today’s economic challenges.

The right policy agenda is one that would foster stronger, more inclusive growth. Although the details vary from country to country, they generally include improving education, increasing infrastructure investment, expanding trade, reforming tax systems, and ensuring that workers have an adequate voice in their economic futures.

But I worry that in advanced economies, all of these policies combined would make only a small dent in today’s problems. Developing countries can undergo large swings in growth as a result of major policy and institutional changes – witness China’s transition to a market economy, India’s reforms to end the license raj, or economic liberalization in Latin America. But advanced economies are all growing at very similar rates, and nothing in the last several decades suggests that structural policies can have a major impact on medium- and long-term growth (in certain circumstances, short-run demand policies can make a big difference).

If advanced economies did everything right, their growth rate might increase by, say, 0.3 percentage point. That is certainly worth doing; much of economic policy is about finding ways to add tiny increments to the growth rate. But I find it implausible that our politics will change radically if the median US or French household gets an extra $1,800 after a decade.

Similarly, we should be making a much more robust effort to reduce inequality. In some countries, that means strengthening workers’ bargaining power – higher minimum wages and stronger unions would be a good start – while tackling issues that weaken it, like employer collusion and restraints on employees’ ability to change jobs.

Policies that promote competition and reduce inefficient rents also have an important role to play. This includes more vigorous antitrust enforcement and efforts to reduce entry barriers, for example, by giving people ownership of their personal data. But, again, the plausible impact of such policies would fall well short of overcoming people’s concerns with inequality and slow income growth.

Some other policies are economically sensible, but may be politically counterproductive. For example, while I strongly agree with the widespread view that a robust social safety net is needed to protect the “losers” of globalization and market-based competition, I worry that creating one may be as likely to weaken as to reinforce social cohesion. In the US, the 2010 Affordable Care Act (“Obamacare”) was the largest expansion of the social safety net in almost 50 years, and it is hard to imagine another as large in the next 50 years. But increased funding for health insurance and the greatly reduced chance of becoming uninsured have not dramatically changed US politics or alleviated concerns about job losses due to trade. If anything, the Affordable Care Act may have increased polarization, given that some of what fuels populism is the resentment felt by those who perceive government benefits as going to others at their expense.

Nonetheless, such economic policies are the right steps to take, and they just might help defuse a little of the anxiety. But we must also be humble about our understanding of which solutions could address our current economic problems, particularly the need to promote higher levels of employment.

In fact, the solution to our political problems, in 2018 and beyond, may lie not in any new policies or materially changed circumstances, but in finding better ways to communicate about the challenges we face, the efforts being made to address them, and the inherent limits that confront all policymakers. There has to be a better answer than just lying to people about what our policies are capable of accomplishing.