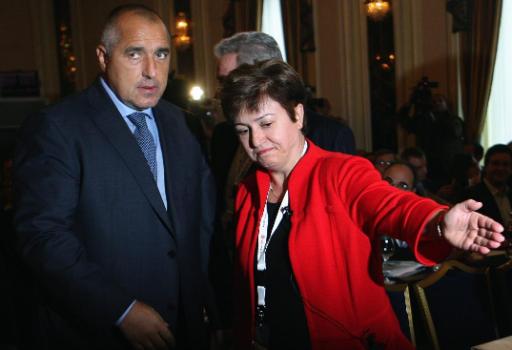 The situation in Bulgaria is continuing to return to normality, with public rallies mainly attracting fewer than three hundred participants.

Although the rallies are organized by the former ruling party GERB, most of the demonstrators are complaining about the previous Boyko Borisov government, which they consider responsible for the deplorable economic situation Bulgaria is in.

The ultimate ambition of GERB, is to force the elected government to resign, get new elections with a service government to be appointed by President Rosen Plevnielev, the faithful subject of Boyko Borisov, who appointed him President at the first instance. They then desire to keep the service government for six months and jail all political opponents, leaving the way clear for GERB to win the elections without obstacles and return to power.

Needless to say, the Socialist coalition does not intend to resign, as there is no reason to, but intends to rule and set a new electoral law and then go eventually to elections.

In this way, GERB is accusing the government which is relying on the far right party votes to form the necessary majority for the sessions to be in order, while this could be achieved with the presence of the GERB opposition, as Borisov had promised to Schulz.

Kristalina Georgieva, in Brussels, is pushing for an immediate election in Bulgaria. The motives of Georgieva involves the EU directly, in her capacity as European Commissioner, in the Bulgarian internal affairs, encouraging demonstrators against the legitimately elected government, stem from her desire to be re-appointed Commissioner after the end of her mandate.

This may happen only if Borisov returns in power, which in any case seems unlikely.

As a second option, Georgieva is promoting the idea of a grand-coalition governmet, Socialists-GERB, on the Greek model.

Indeed, Athens achieved a working coalition between Nea Democratia under Prime Minister Antonis Samaras (the popular party) and PASOK under Evangelos Venizelos (socialists), but before reaching such coalition, the socialists (who were ruling before) went through their own “catharsis,” and cleaned up the party from all “bad” elements and sent to jail the then vice president of the government Akis Tsochadjopoulos and several others.

This “catharsis” did not happen in Sofia, as yet. In Bulgaria GERB keeps elements with great responsibilities for criminal actions like Cventan Cventanov or for the economic catastrophe of the country with main responsible former economy minister Djiancov (invited from the United States to join the then Bulgarian government by Kristalina Georgieva) and thus GERB is not ready, as yet, to carry any political discussions with other parties.

As to former Prime Minister Boyko Borisov, unless he associates himself with those responsible for specific criminal actions, it is likely that he will not be prosecuted, as former prime ministers in western democracies after losing the election do not go to jail jail but home.