Brussels and the 27 stars of Europe 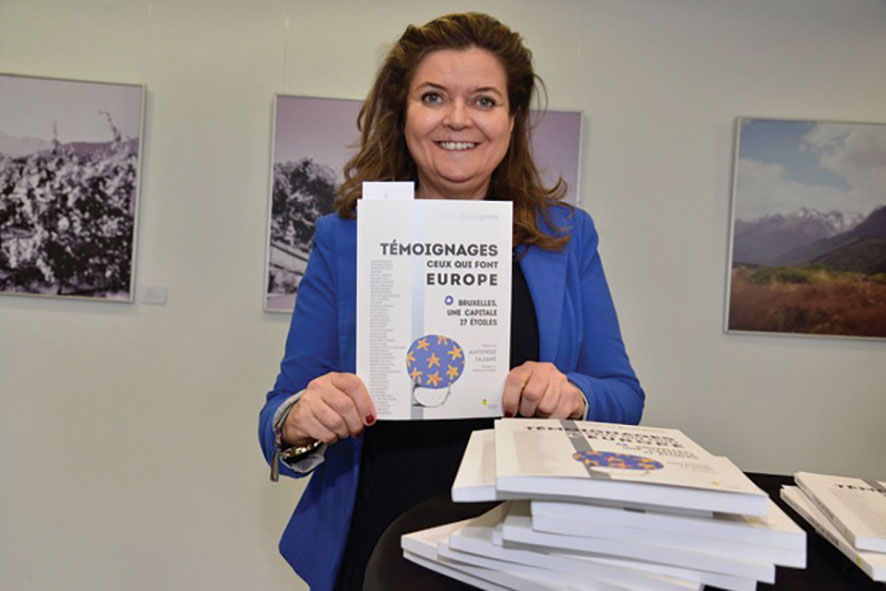 Brussels is a very unconventional city, the second most multicultural city in the world after Dubai, with more than 60% of inhabitants born abroad and an impressive array of international organisations, including the most important EU institutions, NATO, international trade unions and countless lobbying firms.

Delphine Bourgeois (a member of the Mouvement Réformateur, the French-speaking Belgian Liberals), Alderwoman for European affairs in the Brussels “commune” of Ixelles, has just published a book decrypting the importance of Brussels after Brexit: Témoignages de ceux qui font l’Europe. Bruxelles, une capitale – 27 étoiles (Testimonies from those who make Europe. Brussels, one capital, 27 stars, published by Marque Belge, Brussels, 2017).

Starting with a foreword by the president of the European Parliament Antonio Tajani, the book is a mosaic of some 40 testimonies from a collection of contributors representing a large array of people coming from the most various fields, from young artists to EU politicians, journalists, immigrants and true “Brusseleirs” (as the natives call themselves).

Europe weighs today 14 % of the regional GDP in Brussels, engendering some 5 billion euros per year. In a municipality such as Ixelles, the one where Delphine Bourgeois is Alderwoman for European affairs, there is a huge population of EU citizens. The European Parliament is also partly situated in Ixelles, on the Place du Luxembourg, and it is obvious that pubs, restaurants and hotels directly benefit from the close presence of the Eurocrats in Ixelles.

After Brexit, Brussels has seen a steep surge in nationality requests from British residents. The UK’s departure from the European Union has yet to be officially started, but New Europe editor Dan Alexe asked Delphine Bourgeois if it is true that British residents in Brussels are wasting no time in looking into the possibility of becoming Belgian citizens in order to remain in the EU.

“Yes”, said Delphine Bourgeois, “we are the commune with the highest number of Brits. Out of Ixelles’s 80,000 inhabitants, 1,235 are British, the highest concentration in Belgium. Out of them, 50 have already asked for the Belgian nationality.”

“Brexit was inconceivable even last year”, she adds, “but now we realise that this divorce à l’anglaise should actually enhance our feeling of belonging to the same community. That’s why the need for such a book.”

The figures given in the book are revealing: Brussels is host to 20 European organisations, 29 international schools, with almost 23,000 students.

The Commission by itself has in Brussels more than 23,000 functionaries and temporary agents. It is also the biggest diplomatic centre in the world.

The greatest media centre as well, with more than 1000 accredited journalists. And also the greatest concentration of lobbyists per square metre, with something like 20,000 lobbyists.

The book also offers the figures and the cost of what it would mean in terms of loss, in case the EU structures decided to leave Brussels. They are frightening, and readers are invited to look for the book.

On a humorous tone, the book ends with a fragment from a chronicle by the Brussels correspondent of the French newspaper Liberation, Jean Quatremer, an infamous Brussels-basher.

The fragment rings true, saying in a nutshell what the author of the book keeps underlining all along: the were the EU institutions to leave Brussels, the losses would be huge in economic and social terms, and the city itself would be thrown back to something reminding the 19th century, in a corner of Europe, in the middle of what the singer Jacques Brel used to call le plat pays, the flatland, a country with almost no relief.