Bringing colour to the ‘Painted Bird’ 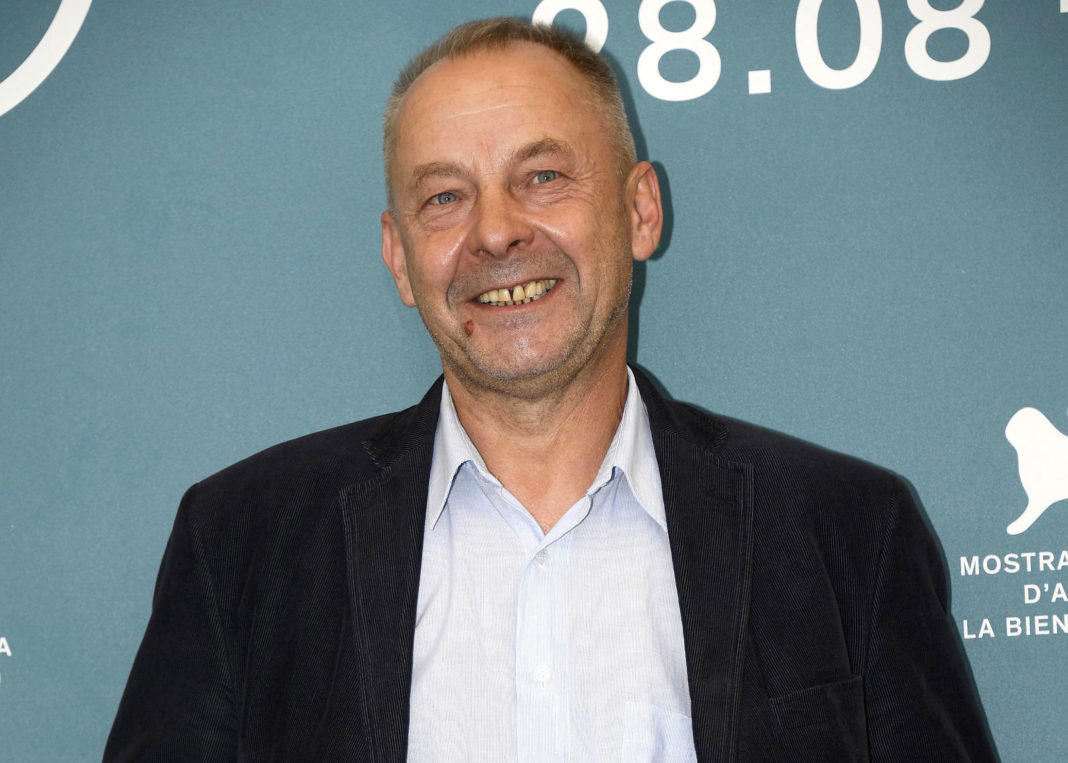 New Europe sat down for an interview with Director Václav Marhoul. who presented his movie The Painted Bird in competition at the 76th Venice Film Festival.

The black and white film, which will represent Hungary at thenext Oscars, stars Oscar-nominated American actor Harvey Keitel, together with Julian Sands, and Udo Kier, is based on the acclaimed novel by Jerzy Kosinski. It is a meticulous 35mm black and white evocation of a wild, primitive unnamed part of Eastern Europe at the bloody close of World War II. The film follows the journey of “the Boy”, who is entrusted by his persecuted parents to the care of an elderly foster mother. The old woman soon dies and the Boy is on his own, wandering through the country-side, moving from villages to farmhouses. As he struggles for survival, the Boy suffers through extraordinary brutality meted out by the superstitious peasants and witnesses the terrifying violence of the efficient and ruthless Soviet and German soldiers. When the war ends, the Boy is changed forever.

New Europe (NE): The book was the starting point of your film. Can you tell us more about it?

I read this book at the age of 44. One of my friends recommended it to me and he told me that the book would push my brain. I like strong things that are really touchy. I read it and after three pages, I didn’t know the plot before, but I felt immediately that the story would be my next movie.

My key to this book is that I can split its readers into three groups: the first are people who just can’t read this book, they stop after 40 pages and I understand this choice. The second are readers who are touched only by violence and brutality and nothing more, then the last group, the one which I belong, are people thinking that this text is about love. I’m sure about that. If we agree that kindness and love are the most important things in our life, and if we, as an artist, would like to stress that love and kindness are really important, let’s agree that both things are represented by flowers.

Now you have only two ways to show the flower. In the first scenario you have a wonderful sunny day with a blue sky then you have a meadow with thousands of flowers now you plant a flower among them. The question is, “do you see your flower?” The answer is “no”, because is disappeared in a such wonderful world where everything is fine. On the contrary, in the second scenario you will plant that flower into the desert where you have no other flowers – just dust, stones, rain, ice. Somebody is beats the flower all of the time, but the flower is still fighting for his life. Finally, you know that this flower is important because you are missing the love. It is a paradox. For example, if you had a cancer you really know what it is to be healthy. The principle of “The Painted Bird” is that only people who spent their lives in war are able to enjoy life in peace. At the end, the light – which represents hope – is visible only in the dark.

NE: In this film there are lots of harsh and cruel scenes. How can we fight the brutality around us?

VM: The famous American scientist Phillip Zimbardo made in 1971 a famous experiment at Stanford University. He took 20 people then he split them into two groups. 14 of them were to act as prisoners and six guards. The experiment was planned for three weeks, but after eight days he stopped it because after seven days those intelligent people started to torture their friends. They did that because there was an opportunity and they knew that nobody would punish them. Zimbardo than said that evil is in all of us. Those people were normal and intelligent, but he gave them an opportunity. The answer to your question is that every day you must fight because the first enemy is you. You are on the front line. Zimbardo said that if you say bad words behind someone’s back, this is the start of letting out the evil in you, so don’t lie or harm anyone, this is the first rule. If you are not struggling with yourself to be good, very slowly you are going to be changed. In the film you have the boy that at the beginning is innocent and than he becomes a murderer who still thinks that this is fine. For me, the boy in the film represents human kind. The boy is different and if somebody is different we are really scared.

NE: Why is it so important to do a film like this, nowadays?

VM: Since from the beginning I felt that this story is universal and timeless. It is about a difference amd there are so many questions. This book brought me a wonderful present. It brought me questions like: what is the destiny of the human kind? Why people do these horrible things? What is the difference between ‘go to the church’ and ‘believes in god’? What is racism about? All these questions are important and universal that’s why violence and brutality are not so important for me in the story.

NE: Were you inspired by Soviet film director Andrey Tarkovsky?

VM: Yes, nobody from us is innocent. We are partly what we read and what films we have seen. I have been inspired by the films of Italian film director Vittorio De Sica because they are truthful. Then, also, Federico Fellini’s La Strada. I use all these inspirations without speculating on them.

NE: Why it is necessary to show brutality and evil? And violence?

VM: Because it is simply part of the story. This story is set during the Second World War and the consequence of any war is brutality and violence, with people killing each other. This is not a war movie or a film about the Holocaust. Some people are just trying to simplify my movies by saying that they are Holocaust dramas. This is a story about a boy and not about war, the soldiers, or the holocaust.