A break with the past 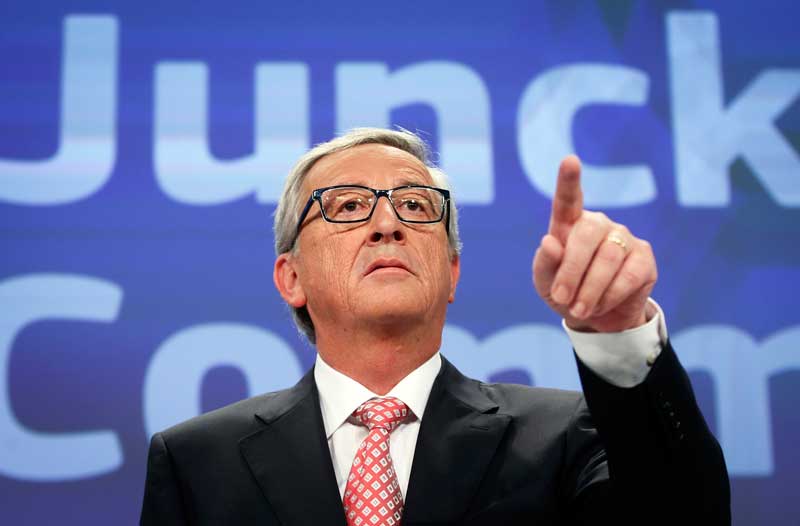 After the initial surprise, the Juncker Commission can now be judged for both its boldness and its weaknesses. Boosting the Eurozone economy was obviously the main goal behind its philosophy, and Juncker passed his first major test by presenting the new composition in an implacable, compact and elegant way. Upon announcing the distribution of jobs and portfolios, after a shrewd homage to Barroso, that was rather an exercise in diplomacy than a real tribute, it became clear that Juncker’s Commission will put a definitive end to Barroso’s amorphous bureaucratic machinery, which was shaken, refurbished and restructured.

The new Commission totally corresponds to Juncker’s own promises in front of the EU Parliament. It includes seven “super-Commissioners” in charge of what was initially called “clusters”, fields of competence regrouping various portfolios that cover similar fields or priorities.

The new College has thus seven Vice Presidents, six in addition to the High Representative for Foreign Affairs (Federica Mogherini), each leading a project team, or what was earlier called a “cluster”. Examples include ‘Jobs, Growth, Investment and Competitiveness’, ‘Digital Single Market’ or ‘Energy Union’.

For ensuring the necessary authority, the “super-Commissioners” are former heads of governments or former commissioners (such as Kristalina Georgieva).

One of the Vice Presidents, the Dutch Frans Timmermans, who is “First Vice President for better regulation, inter-institutional relations, rule of law and charter of fundamental rights,” will have practically absolute powers, as much as Juncker himself. Timmermans will be able to stop any initiative in the Commission and will have direct access to all DGs and to the human resources of the General Secretariat. He will actually be Juncker’s alter ego. As Juncker himself put it in the press conference that followed the presentation of the new college, the two of them will act as duumvirs, the combined presidency of two consuls with equal powers in Ancient Rome.

Under them, six other Vice Presidents with large powers over lower rank Commissioners (five, plus the Italian Mogherini, who, as High Representative, is automatically vice-president).

Led by Juncker from Luxembourg and Timmermans from the Netherlands, with extended powers bestowed upon the Bulgarian Kristalina Georgieva and the former prime ministers of Finland, Estonia, Latvia and Slovenia (plus the Italian Mogherini), the new Commission represents a victory for the smaller states, many of them Eastern European, and for Angela Merkel’s austerity policy.

There is no vice-president from either France, Spain or the UK. On the other hand, a country like Poland got, with Donald Tusk, the presidency of the Council, but has also obtained, with Elżbieta Bieńkowska, the Internal Market and Industry portfolio. France, on the other hand, which fought hard to obtain the Economic and Financial Affairs for Pierre Moscovici, will have its Commissioner kept on a hierarchical and administrative leash, under permanent scrutiny from the duo Katainen-Dombrovskis, approved by Merkel.

The new Commission represents thus a victory for the smaller states and for Angela Merkel’s austerity policy. It is obvious that conflicts could arise from the present structure of the Commission, given the implicit hierarchy imposed by the existence of seven “ uper-commissioners” supposed to rein in the “normal” Commissioners. Thus, the French Moscovici would be right in feeling that the ruthless Finn Katainen will be watching him. In his position as Economy commissioner, Moscovici will be judge and accused at the same time, especially since his country, France, announced immediately after obtaining for him the job of Economy commissioner that it won’t manage to reduce its deficit under the 3% threshold next year, in 2015.

Finland’s ex-premier Katainen is the one who will supervise Moscovici’s activity. He was attacked, in March this year, by the Nobel Prize winner Paul Krugman, for having advocated “growsterity,” the idea that growth can come from austerity measures. Katainen is also rumoured to have been the one to suggest that Greece could pawn the Acropolis or the island of Corfu.

Among other notable changes, there is also the melting of the Enlargement portfolio together with the Neighbourhood. Juncker had already announced — and the general consensus is — that there will be no more enlargement in the next five years. The enlargement portfolio has thus been fusioned with the European Neighbourhood Policy and entrusted to the Austrian Johannes Hahn, previously in charge of Regional Policy, now offered to the Romanian politician Corina Crețu.

Unsurprisingly, Trade stays in the Liberal group, the portfolio passing from the outgoing Belgian Flemish Liberal Karel De Gucht to the Swedish Cecilia Malmström, who stays over from the previous Commission.

There are other attributions of portfolios that have raised eyebrows: the Hungarian Navracsics has thus been given the Citizenship and Education portfolio, while he was Justice minister under the very nationalist Hungarian premier Viktor Orban. Also, the Spanish new commissioner Cañete is criticised for having held sexist remarks, and also for owing shares in an oil company, while being offered the combined Energy and Climate portfolio… which is a contradiction in itself, while the environment has been clustered with fisheries.

There is also no Human Rights portfolio, in spite of what has been anticipated, but there is one for Migration and Internal Affairs cumulated. Nothing was foreseen in this Commission for dealing with the Roma issue, and the Monetary Affairs have also disappeared (“this is for the European Central Bank to handle”, said Juncker).

Anotgher novelty is that the German language is now solidly reentering the institutions, including in the press room. German comes naturally to Juncker, thanks to his native Lëtzebuergesch; Martin Selmayr, head of Juncker’s team, is a German backed by Merkel; Germans like Martin Schulz, Manfred Weber and Elmar Brok (leaders of the EU Parliament, of its EPP faction and of its Committee on Foreign Affairs) closely control the Parliament; the new Council president, the Pole Donald Tusk, can manage German, while his English is shaky and he has no French; and German is the language in which Angela Merkel talks with Putin. The decline of French is thus abrupt, although Juncker himself favours French over English, and French is a language that both Timmermans and Mogherini practice well.

The otherwise massive German influence might also explain what could be a disappointing portfolio for the German Gunter Oettinger, who was in charge of the energy in the previous commission and who is now given the “Digital Economy and Society.”.

After a vote in the Parliament in October, the European Commission will take office on 1 November 2014.