Are some countries more ‘equal’ than others? 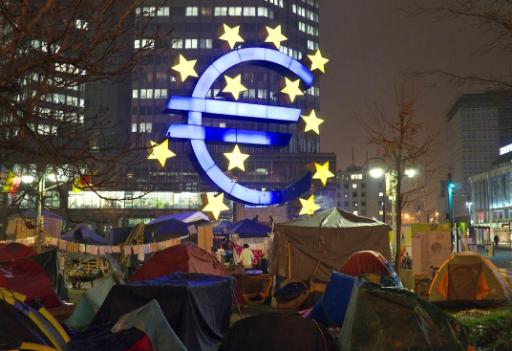 At the start of the New Year, thinking about the situation in the European Union today brings to mind George Orwell’s Animal Farm. To paraphrase from the book, we can say that it is with a bitter sentiment that not all countries in the EU enjoy equal rights. Some are more equal than others. Why is this?

First, let’s take a look at Latvia – the eighteenth member of the Euro familly. Of course we too shared the joy that Latvians feel for their new currency. But, Latvia has a lot of similarities with another tiny country, the Republic of Cyprus, especially as regards the banking sector. What is more, Latvia seems to have granted citizenship to countless citizens of the former Soviet states. In the case of Cyprus, we had last year the looting of deposits held by Cypriot citizens. In the case of Latvia, which is a country in the rich North, it was made clear that the country is tiny and there is no risk of any action like that in Cyprus. In this case, Latvia is more equal than Cyprus.

Since the 1st of January, the citizens of Bulgaria and Romania are free to work in any other EU member state without requiring a permit. As the European Commissioner for Employment, Social Affairs and Inclusion Laszlo Andor said: “Facilitating such free movement can play a role in tackling unemployment and helping to bridge the disparities between different EU countries”. We fully agree, but let’s not forget that there are Bulgarians and Romanians who will be treated differently. Everyone knows that among people of these two Balkan states there are many Roma who will also try to move to the rich EU countries. How will Germany and France react? In this case, Bulgarian and Romanian citizens of Roma descent are less equal than other citizens of EU countries.

In rich Catalonia the desire for independence has deep roots. The same situation is in Scotland, as well as in Belgium among Flandre and Wallonie.

We know from Joaquin Almunia, the vice president of the European Commission, that if Catalonia is to succeed in its efforts to gain independence from ‘Rome’ it will immediately be outcasted from the European paradise. More or less, the Scots face a similar threat. Will it be the same if Belgium were to be divided in two Former Belgian Republics? Will the Wallonie and Flandre also be ousted from paradise? No, of course not. Nobody is even thinking about this. Does this mean that Belgium is more equal than Catalonia or Scotland?

And finally, there is the case against a Greek former defence minister and his associates who saw the lion’s share of bribe money going to German companies. An entire system was built over the last two decades in order to organise orders from Greece’s defence ministry to German companies selling military equipment. In many cases, the acquired materials were practically of no use for the Greek Army. Billions of euros were spent for the only purpose to make some German companies richer.

Instead of an all-out investigation by the EU into the German companies, the Greeks were the ones stigmatised as the “Champions of Corruption” in Europe. Greece was severely punished and the Greek economy is now in ruins thanks to the EU measures.

Is this a family of equals? Is it more of an old-fashioned patriarchal family with the severe and cruel father, a submissive wife, obedient children and the many other subjects who live in the court?