Anti-Zionism is a form of Anti-Semitism 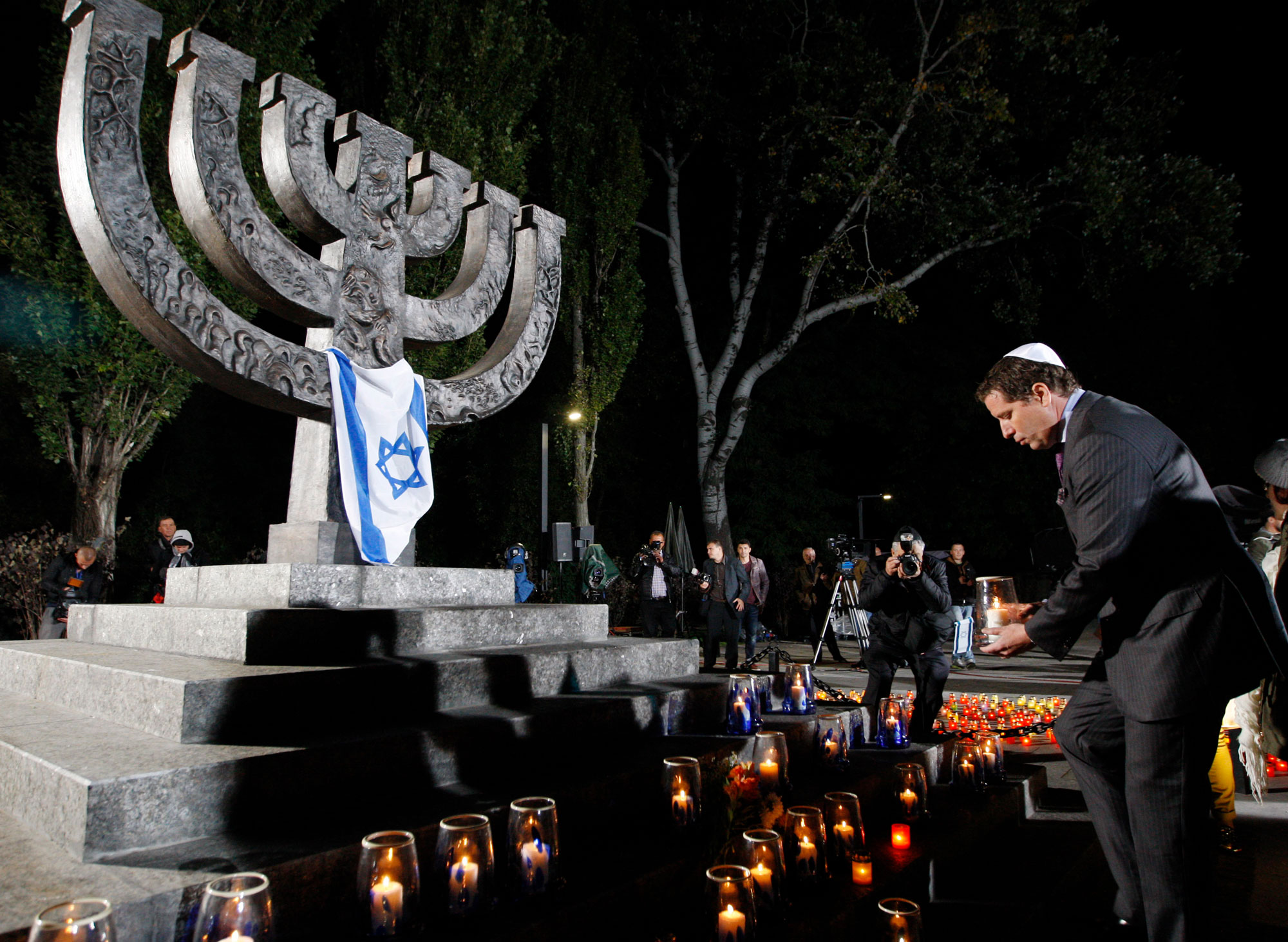 Once again, Jewish life is under threat in Europe. Monday’s EU Fundamental Rights Agency (FRA) survey showed that 85% of Jews consider anti-Semitism a serious problem. A shocking 28% of those polled personally experienced anti-Semitic harassment in the past year alone. Take Sweden, where the number of respondents who said anti-Semitism is a very big or fairly big problem spiked to 82% from the already alarming 60% five years ago.

No wonder that many European Jews are today carefully hedging their bets on whether to remain in Europe or to emigrate to safer shores. Some 34% avoid visiting Jewish events or sites and almost 40% have contemplated leaving Europe altogether.

Making matters even worse, a dangerous fallacy is on the rise that denies that anti-Zionism is anti-Semitism at all.

Anti-Zionism hides behind a veneer of respectability. At its rotten core is the notion that it’s acceptable to deny the Jewish people – and no other people – the freedom to exercise its right to self-determination. The Jew among the nations, as it were. As Austrian Chancellor Sebastian Kurz aptly said, “anti-Semitism and anti-Zionism are two sides of the same coin.”

The FRA survey underscores how important it was that the Austrian EU Presidency managed to usher through the EU Council its very first declaration against anti-Semitism. Its true success, however, depends on each member state implementing it – and that’s precisely where the trouble lies. Reportedly, a number of countries with sizeable Jewish populations fought tooth and nail against the adoption of the International Holocaust Remembrance Alliance’s (IHRA) definition of anti-Semitism as part of the declaration. The final text did ask the bloc’s countries to endorse it but a call to actually “use and apply” it was missing.

The politicking over IHRA begs the question: What’s so objectionable about the definition which the European Parliament already approved by a large margin last year? Plain and simple: It includes a provision on anti-Zionism.

Politics is all about compromise. Especially in Brussels where “nothing is agreed until everything is agreed,” as the mantra goes.

But is it right to compromise on the future of a community that in living memory was marked for extermination? Should predominantly non-Jewish politicians lecture their embattled Jewish communities on what does – and what doesn’t – constitute anti-Semitism? Nobody in her (or his) right mind would tolerate a pale and male panel of “experts” mansplaining to women of color what their true grievances are. Jews are no less deserving of that basic respect.

Anti-Semitism in Europe evolved from medieval pogroms to the industrial murder of six million Jews driven by a pseudo-scientific racial theory. No matter the variety, people project onto Jews the worst enemy of the day, be it a Christ killer or an inferior race. There always comes along with it a paranoiac fear of the all-controlling Jew. Untermensch and Übermensch in one.

Thankfully, neo-Nazi anti-Semitism is today beyond the pale. While the rise of far-right parties in Europe is nevertheless worrying, it’s reassuring that our societies scorn that source of bigotry targeting Jews, Muslims, and others alike.

The same cannot be said about anti-Zionism. There is no shortage of European politicians mourning dead Jews. But where are some of those leaders when living Jews are being victimized for real or imaged actions of Israel? Why is that crowd thinning when Israel, the only Jewish state in the world, is held to different standards at the UN than any other country?

It’s sometimes contended that identifying anti-Zionism as anti-Semitism limits free speech. This is a tired canard. Actually, the IHRA definition strengthens free speech. It specifically says that criticizing Israel isn’t anti-Semitic and it doesn’t curtail anyone’s right to make a (non-violent) anti-Semitic statement. But it does empower the victims and society at large to identify otherwise undetected forms of anti-Semitism.

Anti-Zionism is far from an abstract concept in Europe. Just ask the Jewish community of Wuppertal, Germany. Their synagogue was firebombed in 2014 by three young men of Palestinian descent. The men were swiftly convicted of arson but – astonishingly – the court absolved them of any anti-Semitic motive. As if to explain or even justify the patently anti-Jewish act, the 2015 ruling cited the men’s desire to “draw attention to the Gaza conflict.”

Populist leaders in Europe are also spreading the virus of anti-Zionism. The United Kingdom is just one bad Brexit away from electing as its Prime Minister Jeremy Corbyn, a “dangerous anti-Semite,” in the words of former UK chief Rabbi Jonathan Sacks. Corbyn’s despicable indifference to Jewish victims of terrorism and shameful defense of anti-Zionism have earned him the accolades of former KKK Grand Wizard David Duke.

Per the FRA survey, two in three European Jews feel their government doesn’t effectively combat anti-Semitism. It’s the duty of those governments to win back the trust of their Jewish communities by fully implementing the IHRA definition. Before it’s too late.

Ultimately, Jews know better than to rely on the good will of others. Unlike in the 1930s, there is now an insurance policy: Israel. But if the EU wants Jews to continue to bet on Europe, we must now urgently tackle all forms of anti-Semitism, even if it’s a political inconvenience for some.