An optimistic view of enlargement 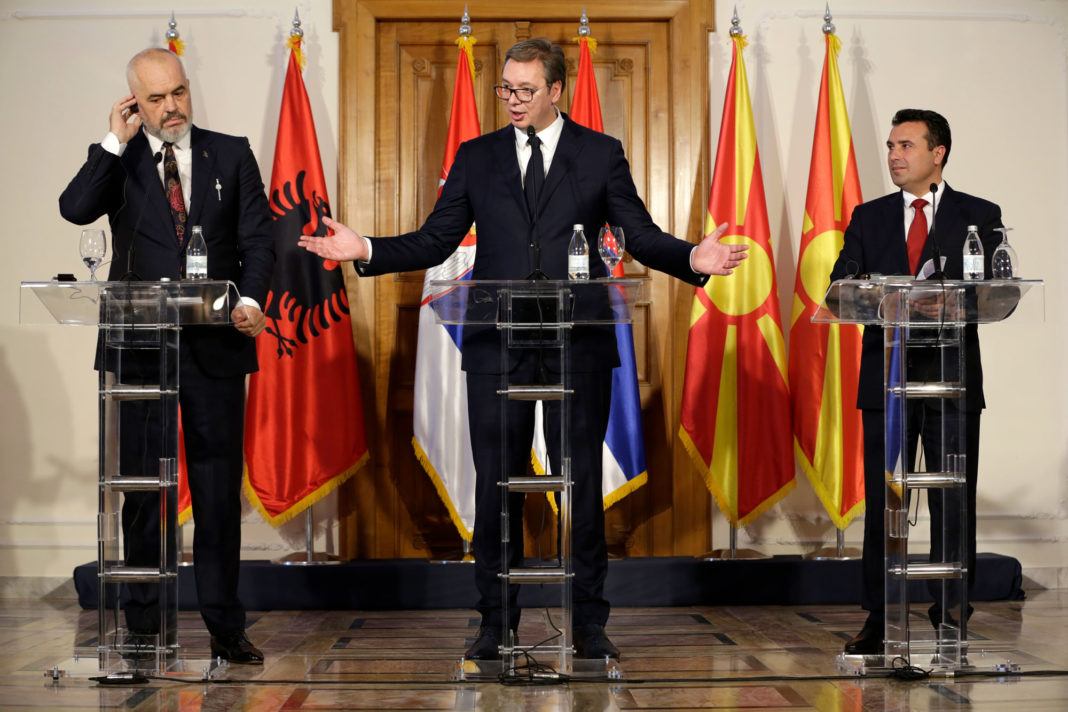 The concept of a perfectly disciplined, regulated, and technocratic Europe, admittedly, must succeed.

The operation was successful, but the patient is about to die.

It’s true that Europe, as a bloc, is in deep decay and the reason that it has not dissolved as of yet is because of the interests that want a united Europe are much stronger than those that would prefer to see it crumble. It’s that simple. This explains why Europe, although permanently sick and moribund, never dies. The interests are all about money and Europe has lots of it. Politics comes after money.

Earlier this month, there was a meeting in Ohrid, North Macedonia that was euphemistically called “Mini-Schengen” in which the leaders of the Western Balkans – Aleksandar Vucic of Serbia, North Macedonian Prime Minister Zoran Zaev, Albania’s Edi Rama, and representatives from both Bosnia and Montenegro met to discuss the free movement of goods, services, people and capital in the area.

Kosovo, which keeps Serbia under a crippling embargo, was absent. Shortly before the meeting began the “crown prince” of the George Soros empire, Alexander Soros, met privately with Rama for a few minutes. This was enough for Albania, which is the locomotive and main supporter of Kosovo’s independence, to change its attitude and heavily criticise its erstwhile protégé for its absence.

The fact that the Soros advise was basically right is irrelevant. What is important, in fact very important, is that Rama as the prime minister of an otherwise independent and sovereign state has, without arguing, obediently taken the advice of a foreign businessman. This is a problem. It’s one of those issues that the bloc must address if and when entry negotiations with Tirana begin.

The influence of the Soros financial group in Albania and North Macedonia is such that both are considered protectorates of the Soros Empire.

This, by the way, explains why France vetoed an EU decision to grant a date for entry negotiations to start with both Albania and North Macedonia. The decision was technically fair and honest as both countries do not meet the minimum acceptable standards for European Union membership when it comes to matters regarding the rule of law.

The cardinal element of today’s European ideology, the dual issues of human rights and the environment, are both rule of law matters and are of a major concern for the bloc, not only for the applicants to join, but also for certain new member states.

This is, however, politics and when politics is on the table there is no room for any cartesian logic. In this context, it would be wise on the part of Brussels to grant an entry date to all applicants for EU membership at the next European Union summit in Zagreb early next year.

That will be the way to trap them into the long process of raising all of their standards to those that are in line with European norms. The two would need to start from justice, while at the same time being forced to crack down on the two countries’ narcotics production and trafficking. This will also lead to a more concerted fight to effectively neutralise local mafias and minimize the organised interests’ involvement in the political decision-making process.

It might take decades, but it will bring results. Not granting a date to start entry negotiations does create heroes, but suspending negotiations creates the opposite. This is, indeed, what these courtiers need to succeed in their transition from primitive authoritarianism to democracy.