An alpine role-model for Europe? 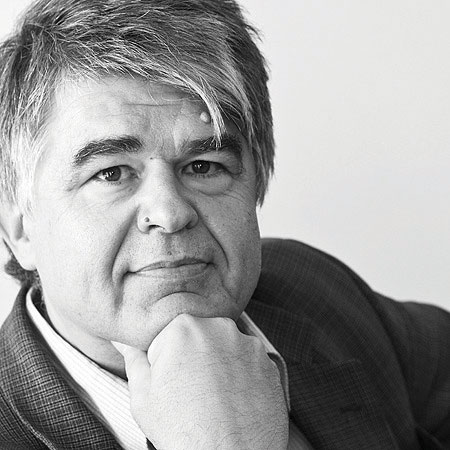 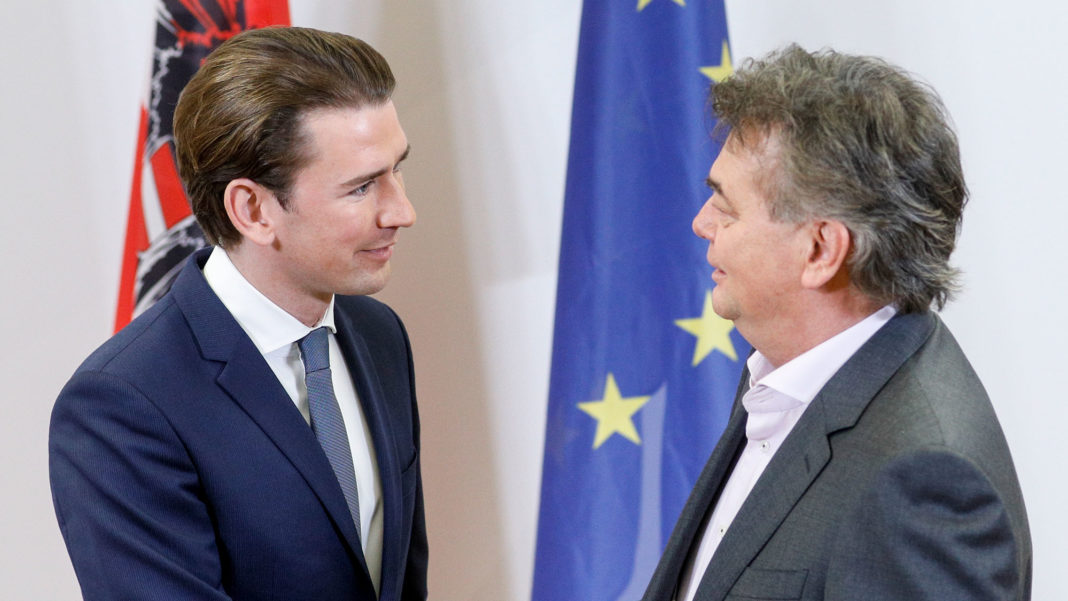 Austria’s newly-inaugurated ‘Turquoise-Green’ coalition government of Christian Democrats (ÖVP) and Greens has high hopes of pioneering a different kind of politics in Europe.

Hammered out over weeks of secret talks, the new government’s programme seeks to square the circle of workable economic policy and the serious environmental policy that is more than “green-washing”. That chimes in with the European Commission’s “Green Deal“ on which similar hopes are pinned.

Chancellor Sebastian Kurz, only 33, but with more than a decade of ministerial experience, led his first government in 2017 in an alliance with the right-wing populist “Freedom Party” (FPÖ).

It took a tough, and it has to be said popular, line on immigration, with strict rules restricting asylum seekers. And it was notably encouraging to employers, with promises of tax-cuts and pushing through an extension of maximum working hours to 12 hours a day and 60 hours a week.

But on the eve of the May 2019 European elections, the FPÖ blew apart in a lurid, spectacular scandal summed up in the word “Ibiza” – a highly-embarrassing and revealing video that was secretly filmed in the summer of 2017 by still-shadowy conspirators at a holiday villa in Ibiza, Spain two years earlier and strategically leaked to the German press.

It was a disaster for the FPÖ, and especially for its leader Heinz-Christian Strache, who had become Vice-Chancellor under Kurz’s ÖVP, and his 43-year-old acolyte Johann Gudenus, then FPÖ Vice-Mayor of Vienna. In a breathtaking cynical conversation with the supposed niece of a Russian oligarch, the two men carved up the glittering prizes which they hoped to win once in government.

There was only one moment of doubt about the rich young woman. Why did she have such dirty toe-nails? Strache wondered. Everything was OK, the fired-up Gudenus quickly assured him.

On offer, supposedly, were multi-million dollar investments in Austria, under-the-counter party donations, and sensationally the purchase of Austria’s mass-circulation daily Kronenzeitung, from which the duo proposed to eliminate a number of notably inconvenient journalists. The FPÖ in return promised to hand over fat government contracts to a make-believe Russian construction company.

When the video hit the headlines, Strache, by now installed as the number 2 in the Austrian government, and Gudenus, who had become leader of the parliamentary group in the Austrian Nationalrat, resigned in disgrace. Strache is now mired in nasty questions about eye-watering expenses claims.

Interior Minister Herbert Kickl from the FPÖ, though not personally implicated in the Ibiza scandal, was the most controversial member of the government which then collapsed, soon making way for fresh elections.

He had drawn concentrated fire from both the opposition and the media when he carried out a police raid on the Austrian Secret Service, the Office for the Protection of the Constitution and Counterterrorism, in 2018, and fired its boss. That affair is still making waves because of the FPÖ’s cooperation agreement with Russian President Vladimir Putin’s United Russia party.

Last year it also become known that Western secret services had classified its Austrian partner organisations as security vulnerabilities and cut them off from the flow of information.

The FPÖ, most comfortable in noisy opposition, and commanding around a third of the popular vote until the Ibiza scandal, had from the beginning struggled with taking responsibility as part of a government alliance.

Inside the Conservative-FPÖ alliance there were constant upsets over German national Landsmannschaften (student associations close to the party), notably over songbooks with (illegal) Nazi lyrics. The FPÖ deputy mayor of Braunau, Adolf Hitler’s birthplace, quoted poems equating migrants with rats and the FPÖ’s links with the radical right-wing Identitäre became known.

Despite Kurz’s well-known commitment to Europe, the partner party took an unambiguously anti-European course in the May 2019 European elections, teaming up with populists like the boss of Italy’s Lega party, Matteo Salvini, as well as France’s Marine Le Pen and other like-minded parties to form the new “Identity and Democracy” faction.

After Ibiza, Kurz announced “Enough is enough“ and kicked out the FPÖ. He tried to hang on, but his minority caretaker-government was removed after a vote of no confidence. For the first time in Austrian history, it was replaced by a government of experts, which became rather popular.

Kurz had acted as if the whole Ibiza affair had nothing to do with him. In the parliamentary election at the end of September last year, he came out on top with 37.5%, an increase of 6 percentage points, which ate into the FPÖ’s traditional vote. He also scored points with his continued rigid attitude towards migration.

The Ibiza scandal cost the FPÖ almost 10% of the vote, meaning it received only 16.2% of the ballots cast.

The Socialist SPÖ, in as much of a crisis as Social Democratic parties elsewhere in Europe, hardly benefited from the debacle. Its 21.2% of the vote represented a loss of 5.7%, the worst result in its party history worsened – similar to what was seen in the UK – by a good slice of its voters drifting off to the Right, in large part because of the immigration issue.

Shortly after his election victory, Kurz started coalition talks with the Greens. The ecological party which had split and lost all its MP in 2017, was back with a vengeance. Last year’s elections, coming at a time of increasingly vocal concerns about the environment, gave it 14% of the poll.

Shortly after Christmas, Kurz and Green leader Werner Kogler, who became Vice-Chancellor, presented a government programme which many had ridiculed as impossible. In some quarters, Kurz was seen as having “won“the negotiations hands-down, even if the Greens had achieved an amazing political comeback.

Kurz retained his old ÖVP-FPÖ course on key points – above all, with a tough line on immigration (headscarf ban for Muslim schoolchildren under 14, for example) and tax cuts for entrepreneurs and employees with the lowest wages.

Many blamed the Greens’ lack of political experience for the fact that Kogler came away with few prizes in terms of climate protection. A planned eco-tax reform was transferred to an expert council, and it is not expected to happen for another two years. Other green elements in the program: A cheap ticket (€3) for the use of public transport in whole Austria to reduce private traffic, a levy on airline-tickets of €12, some projects to ease integration of Asylum-seekers.

But the Greens had to swallow a favourite ÖVP project, preventive detention for asylum seekers who might plan terrorist acts. The Greens are counting on this planned restriction of fundamental rights being thwarted by the Constitutional Court.

Five green politicians – including three women – took over the Ministry of Infrastructure, Transport and the Environment, plus Justice, Social Affairs and Health, and a State Secretariat for Culture. Vice-Chancellor Werner Kogler – like FPÖ-boss HC Strache before him – is responsible for the civil service and Sport.

With more assertiveness, the Greens could have achieved more with their 14% of the vote, many now argue. Kurz could not realistically return to the alliance with the FPÖ. Where else could he go? “For a long time, not all points of the agreement will read like a green election programme,” Kogler admitted. He argued that it was the task of the Green party to block a new government with the extreme right.

But many Austrians are happy about the new government, and are in the mood for an experiment which has been widely welcomed in other European countries. It awakens green hopes in neighbouring Germany, with elections in 2021, a once-powerful Social Democratic Party on the skids, and climate policy on everyone’s lips. However, German green leaders already declined to accept the new Austrian coalition as a model.

The auguries for the Austrian experiment are not bad. The Greens are involved in federal government in Austria for the first time, and need to stock up the party machine. But they have proved effective and popular in Vienna and at Land level, especially in Tirol, Salzburg and Vorarlberg.

Kogler is a veteran ecological activist as well as a professional economist, and he is determined. In 2010, he broke the record for a parliamentary filibuster, speaking for 12 hours and 42 minutes. If he proves as effective as he has been in turning round the fortunes of his party, then he has a fighting chance of helping to trace a new political path. And for all his youth, Kurz’s credentials as a sure-footed political operator are unquestioned.

Less than a year ago, they would have seemed an odd couple. But Austria, as in the 1970s heyday of the Social Democrat Chancellor Bruno Kreisky, could once again show a way through the even more complex political challenges of the 2020s.