An alliance at odds with itself 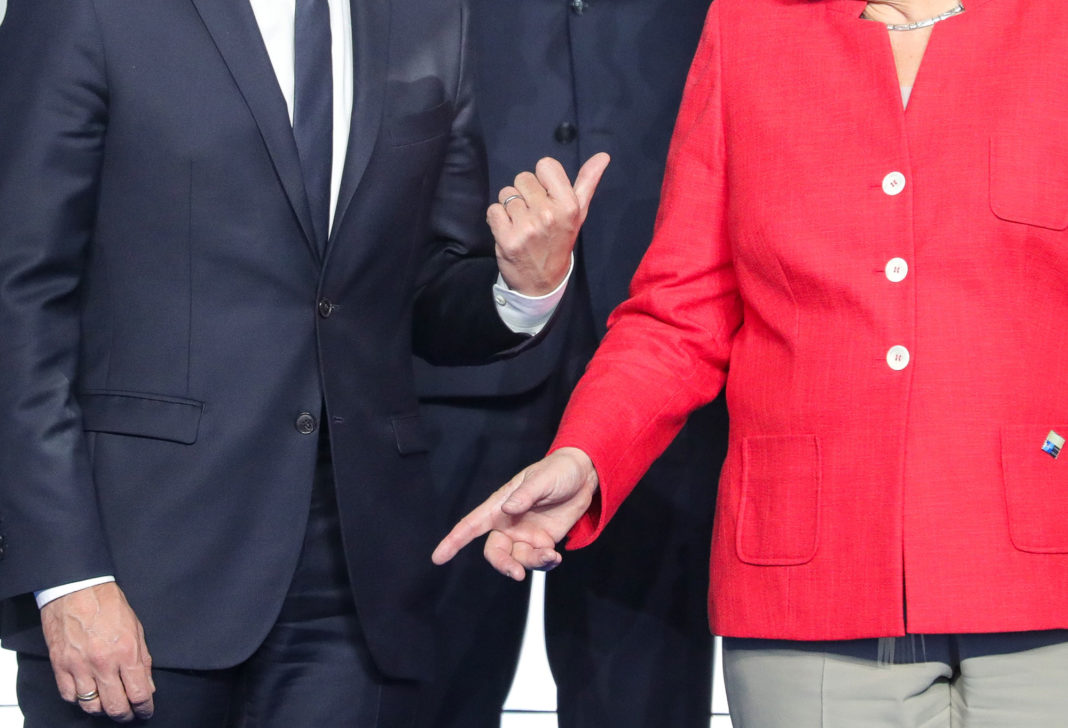 With internal tensions running at an all-time high ahead of a key meeting in London, NATO has again found itself in turmoil after Germany and France exchanged terse words over the future direction of the Western Alliance.

France’s President Emmanuel Macron raised eyebrows on November 28 during a meeting with NATO’s Secretary-General Jens Stoltenberg when he doubled-down on his assertion that NATO risks being on life support if it continues to see a waning commitment to its existence from US President Donald J. Trump and announced that the transatlantic alliance should no longer consider Russia and China as enemies.

“Is our enemy today Russia, as I sometimes hear? Is it China? Is it the goal of NATO to designate them as enemies? I don’t believe so. Our common enemy today is terrorism, which has hit each of our countries,” Macron said, before adding that while he acknowledged the concerns of his NATO allies about his friendly overtures to Moscow, Macron asserted that “the absence of dialogue with Russia hasn’t made Europe any safe.”

Poland’s Prime Minister, Mateusz Morawiecki, has called Macron’s comments irresponsible, describing his insinuations that NATO is not commitment to collective defence guarantee included in the Alliance’s treaty, known as Article Five, were a threat to the future of the European Union and NATO, itself.

Merkel’s response to Macron’s comment were punctuated by several uncharacteristic, and obviously infuriated, public rebukes of her French counterpart. She has insisted that NATO remains “a cornerstone” of European security and that the Alliance “is a bulwark of freedom and peace. Germany is particularly indebted to our American friends”.

Her words were meant as a pointed admonition of Macron’s recent complaint that he would not go to the London NATO meeting, which was downgraded from a summit to due the current discord, and congratulate NATO’s other members for their unbreakable solidarity in the wake of Turkey’s decision to act against the Alliances’ collective security interests in its purchase of state-of-the-art Russian air defence systems and invaded northern Syria to attack a key NATO ally, the Kurds, and while US President Donald J. Trump ignores his own military and intelligence communities and regularly castigates his oldest allies in ways that cast them as bitter foes instead of old friends.

While the testy exchanges between Europe’s two most powerful leaders highlights the increasingly serious strains in the bilateral relationship between Germany and France, Merkel and Macron’s public displeasure with one another is a window into the uncomfortable discontent that is spreading in NATO just as the Alliance is set to celebrate in 70th anniversary.

Greece, who has had an openly hostile relationship with fellow Alliance member Turkey, is inching towards a point-of-no-return with the Turks’ increasingly authoritarian President Recep Tayyip Erdogan’s over his actions in the Eastern Mediterranean, which include having his navy regularly disrupt Cyprus’ attempts to explore it’s own offshore oil reserves and Ankara’s refusal to adhere to an agreement with a European Union to help stem the tide of migrants that have, again, begun flowing across its borders after several years of relative calm.

Merkel has echoed Greece’s frustration with Turkey and has acknowledged that Erdogan’s offensive into northern Syria had deeply alienated most of its NATO allies. She’s gone so far as to call the Turks “difficult partners” and has criticised Ankara’s invasion of the traditionally Kurdish regions on the Syrian-Turkish border, saying the combat operations were causing heavy civilian casualties and have prompted tens of thousands of overwhelmingly pro-Western Kurds to flee their homes. She has, however, refused to acquiesce to growing calls reportedly from within the Alliance to have Turkey expelled from NATO, saying that Ankara’s continued membership is of particular “geostrategic importance”.

Much of Macron’s own criticism has also centred on Syria, but has focused on Trump’s sudden unilateral decision in early October to withdraw American troops from Syria without having first consulted with his NATO allies.

Though many of the NATO allies are likely to agree that Trump’s unpredictability and his moodiness has fundamentally hurt the Alliance and caused unnecessary cracks to its collective security structure, none, least of all Merkel, has gone so far as to pronounce the 29-member bloc to be clinically dead.

Despite being publicly chastised by an isolationist White House, a demonstrative display that regularly delights Putin’s most hardline supporters in Moscow, Merkel has deftly addressed the frequent accusations from Trump that Germany was not spending enough on its military. Merkel reiterated a pledge to raise defence spending from 1.42% of GDP in 2020 to 1.5% by 2024 and to 2%, a target agreed with all NATO allies, by the start of the 2030s.

The calm and steady approach which has characterised Merkel’s relationship with Trump has not been extended to her counterpart in the Elysee. Shortly after Macron first became France’s president in 2017, much was made of a new era of cooperation between the two EU giants. Since then, Macron has grown impatient with Merkel for blocking his EU reform initiatives and his ambitions for a federated European Union, including taking steps to bolster Europe’s ability to do more for its own defence outside of the NATO umbrella.

While Merkel has praised EU initiatives that include the Permanent Structured Co-operation, or PESCO, to plug gaps in Europe’s military power, she remains a steadfast believer in the importance that NATO plays, saying, “It is important to establish a European arm that would co-operate with NATO…But such projects must never be against NATO or instead of NATO”, instead they should act as an “expanded European pillar” in the Alliance.

That sentiment was also echoed by the new European Commission President, and former German Defence Minister, Ursula von der Leyen, who has distanced herself from Macron’s controversial remarks about both NATO’s death and the need to cosy up to the Kremlin despite continued provocations against both the EU and NATO by Moscow.

Von der Leyen said NATO would remain responsible for European security “without any question” and that “The EU will never be a military alliance. The EU is completely different,” she said, adding that the bloc’s strengths lie in trade, development, and humanitarian assistance.

With a less cohesive NATO looking to enter the next decade with a sense of purpose amid a myriad of security threats from the Eastern Mediterranean to its borders with war-torn Ukraine, the Alliances’ staunchest erstwhile defender in the EU, Merkel, hopes her warning to her fellow Western allies continues to ring true: “The preservation of NATO is in our fundamental interest, even more so than in the Cold War. For the time being, Europe can’t defend itself – we are reliant on the transatlantic alliance.”