Agile Governance for a Fractured World 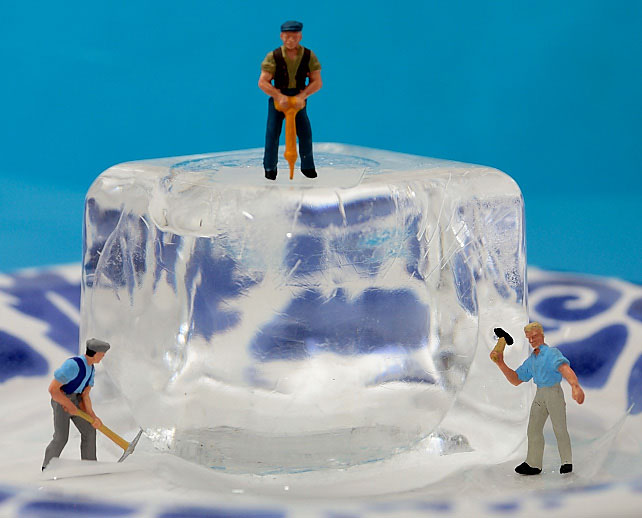 As the Fourth Industrial Revolution continues to reshape the global political economy, many are grasping for ideas about how to effect positive systemic change. In a world where technology is both a disrupter and the driving force of progress, the best approach may be to apply lessons from technology to policymaking itself. Policymakers, like start-ups, must look for more ways to iterate what works and abandon what doesn’t.

To any observer of world affairs, it is clear that after a relatively long period of unprecedented peace and prosperity, and after two decades of increasing integration, openness, and inclusiveness, the pendulum is now swinging back toward fragmentation, nationalism, and conflict.

Indeed, the post-world order has already fractured in many ways. Ambitious multilateral trade agreements have fallen apart after key stakeholders walked away. Unprecedented global cooperation on climate change, embodied in the 2015 Paris climate accord, is being undermined. Separatist movements are becoming more vocal, as sub-national communities look for sources of identity that will reestablish a sense of control. And the president of the United States has indicated that he will pursue national self-interest above all else, and that other national leaders should do likewise.

These developments follow decades of globalization, which ushered in an astonishing period of progress across many dimensions, from global health and national incomes to inequality between countries. But today’s fragmentation is not about sterile statistics. Rather, it is a visceral reaction to forces that have driven a wedge between economics and politics. In the space between, there is now tension; but there is also an opportunity to push for cooperation and shared progress.

The underlying economic drivers of integration remain powerful. The revolution in information and communication technologies (ICT) has drawn people from around the world closer together; changed the relationship between individuals and their communities, employers, and governments; and set the stage for a new period of economic and social development unlike anything that has come before. And yet the human drive for freedom – the chance to build a life of meaning and achievement for oneself and one’s community – remains undiminished.

At the same time, there has been a political backlash against the economic and technological forces of change. Power has been won by those promising to protect traditional identities and slow or reverse change, rather than accommodate it. For such politicians, the narrative is straightforward: the system is rigged against those without power or influence; and alien forces are complicating what were once simpler but more satisfying lives.

Of course, no one denies that a technology-driven global economy creates imbalances, or that greater efficiency is often achieved without greater fairness. The system that produced the past few decades of growth has emphasized the rights of shareholders over other stakeholders, thus concentrating wealth and locking out those without capital.

More open trade has brought about a shift in employment patterns between and within countries. And now that a new wave of technological change is poised to overwhelm existing economic and social structures, the nature of work itself is changing.

Still, many of those who have gotten the diagnosis right have gotten the prescription wrong. For starters, none of the overarching technological and economic forces at work today can be regulated away at the national level. When the forces driving the global economy are larger than any one country or stakeholder, the pursuit of narrow, selfish interests simply cannot work. In the Fourth Industrial Revolution, policies must account for the global, regional, and inter-sectoral industrial systems that are shaping our world, and all stakeholders – whether in government, business, or civil society – have no choice but to act together, through new, innovative forms of collaboration.

The formula for building inclusive societies is well known: invest in education, reduce barriers to social and economic mobility, and encourage competition. But, as always, the devil is in the details, and one size does not fit all. Whereas some countries will need more training or wage insurance, others might have a need for minimum-guaranteed-income schemes and measures to narrow gender gaps. Government, business, and civil society must work together to experiment in these and many other areas; and citizens need reasons to believe that their leaders are acting for the common good.

To that end, policymakers should heed the lessons of the technology sector. Given the complexity of modern economic and social systems, the outcome of a single action can hardly be predicted with certainty. An invaluable trait for any effective organization, then, is agility. Policymakers should be asking themselves when to act, and when to discontinue an action. And they should craft policy experiments with clearly discernible outcomes, so that they can determine whether a policy has worked or should end.

This kind of dynamism defines the technical and creative economy, where a start-up that is not prepared to pivot when necessary won’t be around for long. Those who are successful understand clearly what they want to achieve, and they reach their goals by quickly adapting to changing conditions.

Moreover, the technology sector teaches us that collaboration between stakeholders is the best way to tap into effective talent and create an enabling, risk-taking environment. Under perennially unpredictable circumstances, leaders must be willing to adapt, explore, learn, and adjust endlessly. Leadership in a fractured world means looking beyond the current discord to a new, shared future. It requires the courage to try something novel, with the knowledge that it might fail. We have no choice but to take such risks. The pendulum will not swing back toward collective progress on its own. We must push it, by showing that stakeholder collaboration is still possible, even in a fractured world.