After more than a century, many challenges remain for Romania 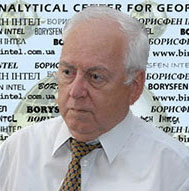 A highly decorated retired two-star general of the Romanian army 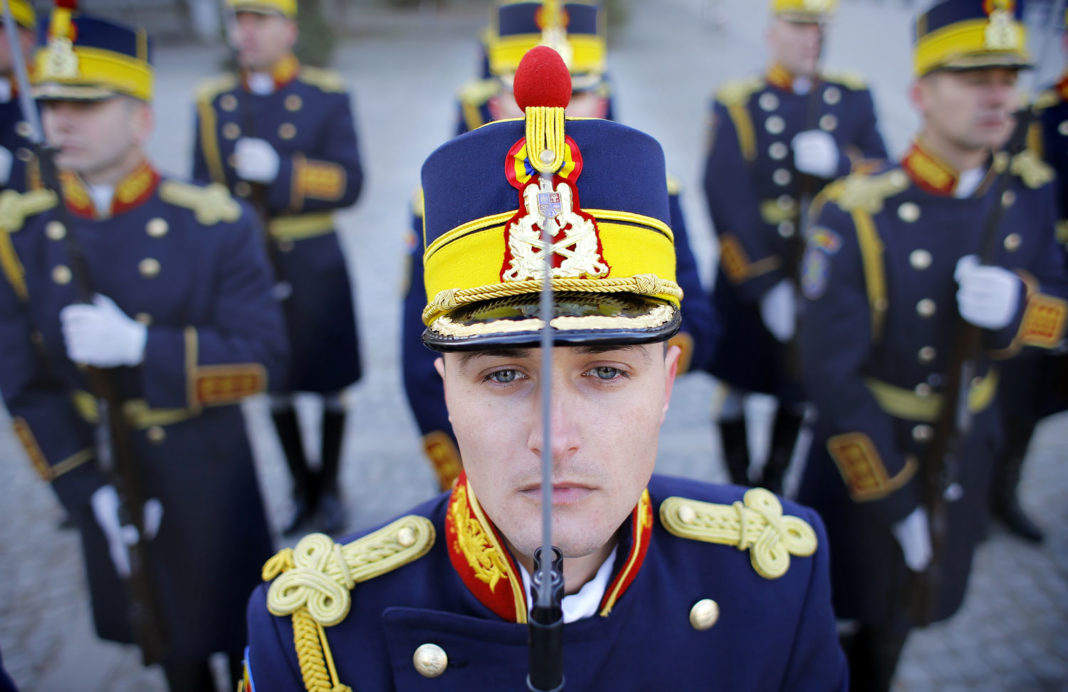 The Great Union of December 1, 1919, which marked the unification of Transylvania, Bessarabia, and Bukovina with the Romanian Kingdom in 1918, was a stellar moment for the country’s history as it was achieved by visionary and patriotic politicians with international support. Yet, above all, it was with the blood sacrifice of hundreds of thousands of Romanian soldiers, many of whom remain anonymous in their sacrifice. It was a strictly national objective.

Romania, in fact, paid in blood for unity and independence as well as for the strategic mistakes of its political class during different historical periods over the last century.

After 1918, two essential moments marked, in a dramatic way, Romania’s contemporary history: The Second World War, where Romania lost around 800,000 people, and falling under the influence of the Soviet Union and Communist era.

The second part of this history is punctuated by the events of December 1989 when, after the overthrow of Nicolae Ceaușescu and the Communist Party, Romania re-orientated itself towards a democratic and free market society and entered into a transition that many hoped would be short but proved to be much longer than most wished.

The greatest achievements of the last 30 years have been Romania’s membership in NATO and the European Union.

During the 50 years of Communist dictatorship, hundreds of thousands of Romanians perished, including much of the intellectual elite, as well as generals and other valuable politicians who could not survive a regime of terror that ruled through forced labour camps, deportation centres, house arrests, and psychiatric wards for political dissidents.

After World War II, Romania could not return to its territorial antebellum configuration after the Kremlin took care to arbitrarily draw up of the post-war borders frontiers. During the Communist period, there were two important moments – the withdrawal of Soviet troops from Romania in 1958, though they remained in Eastern Europe’s other Communist countries until 1990; and the 1968 Soviet invasion of Czechoslovakia, when Romania was the only member of the Warsaw pact that did not take part.

These events were followed by an independent policy from Moscow, the forging of relations with the Western countries, and the pervasive economic development that was promoted by Ceaușescu.

After the events of December 1989, when some outside forces sought Romania’s dismemberment – something that later succeeded in the former Yugoslavia and Czechoslovakia. The Targu Mureș events of March 1990 were a plot to tear Transylvania away. In the last 30 years, our ethnic Hungarian co-citizens have attempted to gain territorial autonomy, backed almost continuously by Budapest, but they, according to Brussels’ own assessments, enjoy minority enjoys in Romania that exceed those applied in other European states.

The evolution of the Romanian political class after 1989 was greatly influenced by its Communist past and by political evolutions in Europe and the US. It would be, however, a mistake not to mention the influence that Moscow still exerts in Romania in many fields, including in its political, economic, and social life.

Unfortunately, most of the valuable Romanian intellectuals avoid being directly involved in the political life. The result is that the political class which, in general, is not able to meet the population’s expectations. As my dear colleague Prof. Anis H. Bajrektarevic often repeats, “Eastern Europe is probably the least influential region of the world – one of the very few underachievers.

Being obediently submissive, and therefore rigid in the dynamic environment of the promising 21st century, Eastern Europeans are among the last remaining passive participants in an otherwise blossoming stage of world creativity in politics and economy.

The most obvious example of this is manifested by the four Romanian presidents who could not deliver, each of them for different reasons. The first of those, Ion Iliescu, was defined by his Communist upbringing and his education in Moscow. The second, Emil Constantinescu, was a university professor who claimed that he was defeated by former members of the Securitate, Ceaușescu’s feared secret police. Traian Basescu was a merchant marine officer with a political instinct that kept him in power for two terms and who knew how to gain support from abroad. Klaus Iohannis was the ethnic German mayor of Sibiu, small a provincial town, and had no experience in national politics, but who nevertheless won a second term in November.

The 66% of the vote that Iohannis got in the second round, which included more than 90% of Romanians living abroad, signals a widespread popular appreciation of his first term in office. The direct involvement of the SPP, Romania’s Security Service’s, proves that the country’s original drive towards democracy after the fall of Communism fell far shorter than in any other EU country.

As a semi-presidential state, the Romanian president has no decision-making powers as they cannot either fire the prime minister or dissolve the parliament (except under very particular conditions). This was done precisely to avoid the emergence of a new dictatorship.

That does not mean, however, that the president cannot be a factor in crystallising the people’s aspirations and to create, within the political class, a consensus for Romania’s future development. In today’s Romania the reality is that it is exactly this kind of project that is nowhere to be found. For nearly 15 years, Romania hasn’t had any important national project, which proves that its leadership, and the entire political class, are weak.

The separation of powers is affected by the struggle of the four powers although there are numerous cases when the powers of judges and prosecutors are used by forces and interests which are not beneficial to the Romanian state and are sometimes used under the pretext of fighting corruption.

Several thousand judges and prosecutors enjoy a special status in Romanian society as a result of the importance of their work. In 2018, a new accountability law was issued at a time when the European Court of Human Rights put Romania third on a list behind only Turkey and Russia when it came to corruption and liability.

The governing political forces, the president included, called for the abolition of the Department for Investigating Criminal Offences in Justice despite the fact that the High Court of Cassation and Justice opposed its closure, securing thus a privileged position for the said social category. The much touted Mechanism for Cooperation and Verification on justice set up by the EU was, and still is, used more as a Brussels’ political instrument by Brussels against Romania for economic purposes and not for the initially declared purpose.

Romania’s accession to Schengen Zone has been further postponed although the country met the technical requirements more than five years ago and that entails yearly economic losses of around €2 billion. The reasons behind are the particular interests of certain EU members and the current Romanian president’s lack of action as he has never presented a report on his activity to the EU. This has given the impression that the average citizen still does not get their needed respect from the state, and instead of being a servant of the people, the president still had the mentality of being above them.

Unhappy with the general situation in the country after 1990 and seeking a better life, more than 4 million Romanians, most of whom were physicians, professors, engineers, researchers, technicians and highly qualified workers, left the country for the EU, US, Canada, and other countries. This represents the largest population exodus from a country in recent memory, outside of the Syrian Civil War – something Romania’ political class failed to comprehend.

The dire straights seen in Romania’s education system is more than alarming. The country had 26 Ministers of Education over the last 29 years, most of whom were most concerned about changing the education law. According to public data, 42% of students under 15 are functionally illiterate. The relatively recent step of granting 6% of the GDP to education must be followed by decisive measures so that education becomes a top national priority, but the latest 2019 budgetary adjustments cut €500 million from the education budget.

Romania continues to import much more food products than it produces.

The situation of the development of infrastructure, roads, railways, energy is deplorable. Since the fall of Communism, the Romanian government has not built a highway that crosses the Carpathian Mountains and can count only 783 km of regular highways. In fact, Romania has the same number of railroad kilometres – approximately 11,000 km – as it did 100 years, and the average speed for passenger trains is only 45km/h.

In contrast to the lack of logistics infrastructure, Romania has the fifth-fastest Internet speed in the world.

The post-1989 period has been characterised, economically, by foreign capital controlling the subsoil resources, the public utilities, and banks. In a special report, an Ernst & Young said the takeovers (mergers and acquisitions) of the economies of the former Eastern Bloc can be put into three categories – takeovers by foreign capital; takeovers where the buyer and the seller are locals, but the transaction is guided from abroad; and full foreign takeover.

No country in the region witnessed such a discrepancy than Romania where foreign ownership of the economy is 22 times larger than their indigenous counterparts.

Environmental crimes against Romania’s forests and its citizens have been carried out for year. In 2019, alone, 39 million cubic meters of timber was cut down, of which 18–20 million cubic metres was logged unlawfully. The president and the government are notorious for their non involvement and their absolute refusal to address the situation.

Romanians must be proud of their achievements in the past, and yet they need to be aware of the current problems and think of a future with solutions. The current international situation is a complex one and important changes are taking place in the international order at a time when Romania, consumed with petty domestic disputes, is non-existent.

No one will act for our sake if they are not in their specific interests. Romania may not have the future it deserves, but another 30-40 years will be probably needed for that.

An early version of this text appeared as the lead editorial in the The Geostrategic Pulse (No. 268/20.11.2018), a special issue dedicated to the Centennial anniversary.