A return of the Normandy Four 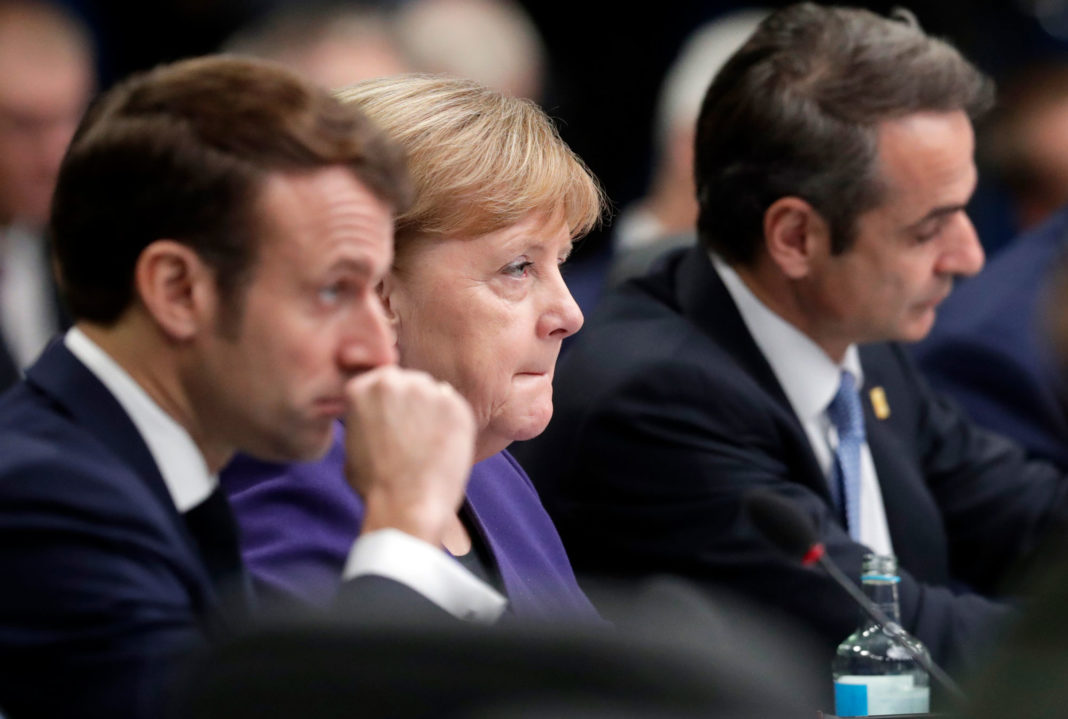 Much will be at stake when the leaders of France, Germany, Russia and Ukraine meet in Paris on December 9 for their first direct talks about the region in more than three years. Ukraine’s President Volodymyr Zelensky and Russian leader Vladimir Putin will try to seal a ceasefire in war-torn eastern Ukraine and agree on prisoner swaps when they meet, but prospects for lasting peace remain unlikely.

Nearly 14,000 people have been killed since pro-Russian separatists and Ukrainian government forces first went to war in the Donbass Region in April 2014. Since the outbreak of hostilities, there has been little sign of a peaceful solution despite a ceasefire agreement signed in February 2015 in the Belarussian capital, Minsk.

Both sides accuse each other of failing to stick to the deal, which includes restoring Ukrainian state control over the entire border with Russia and the withdrawal of heavy weaponry from the conflict zone.

The summit comes within the wider context of Europe’s, and the West’s, relations with both Russia and Ukraine. French President Emmanuel Macron wants to reset relations with Moscow, despite stiff opposition from Washington, London, and Berlin, all of whom demand that any move towards détente with the Kremlin must be predicated on a settlement in Ukraine.

The Paris meeting comes, however, at a time when the EU’s policy towards the former Soviet republics is at a crossroads and when the US’ once close relationship with Ukraine has cooled amidst the fallout from the ongoing impeachment hearings that have focused on the White House’s attempt to coerce Zelensky into helping Donald J. Trump’s 2020 re-election bid in exchange for hundreds of millions of dollars in much-needed American aid.

Many in Kyiv fear that Zelensky, in the hope that he will be able to muster more support in Europe, might be too accommodating when negotiating with Putin. Zelensky still needs outside support to help realise his own ambitious campaign promises and in order to begin the overhaul of Ukraine’s still-moribund economy and bring it in line with international standards, both of which he’s promised to do, the actor-turned-head-of-state will have to offer some concessions to the other party in the conflict if he wants to find a lasting solution to the situation in the Donbass and to guarantee further support from his Western backers.

Zelensky is also faced with the growing realisation that relations with Russia remains the West’s biggest foreign policy challenge. Some European leaders have quietly come to accept Putin’s forced annexation of Crimea as a fait accompli and do not wish to encourage Ukraine’s hopes of ever joining NATO or the EU.

France’s overtures to Moscow have triggered deep concerns in Eastern Europe as they view Macron’s statements about resetting relations with the Kremlin as dangerously soft and far too compromising to Putin’s demands.  Paris has tried, though often in vain when speaking with the brain trusts in both Berlin and London, to reassure its European partners that it does not question the fundamentals of the EU’s current approach to Russia. Some argue that Macron’s demand that Europe clarify its relationship with the Kremlin has left leaders like Germany’s Angela Merkel with little doubt that France’s support for a continued hardline against Putin is wavering.

The critical question that will be put forward when the four sides meet in Paris will focus on whether the Western governments and Russia are willing to recognise that the increasingly bellicose status quo has reaped few rewards.

For many in Europe, the ongoing strategic competition between the United States and Russia is pushing Moscow into China’s orbit, a prospect that is clearly not in Europe’s best interests.

From Moscow’s perspective, it is becoming harder for Putin to justify the Ukraine war’s costs to disenchanted Russians and for the first time since 2014, the Kremlin appears interested in dialling down the conflict, but not at the expense of relinquishing its so-called “sphere of influence” over countries that once made up the Soviet Union.

Most analysts believe that Putin is seeking, at a minimum, to trade control over the two separatist regions in eastern Ukraine for a guarantee from the West that Kyiv will never be integrated into the NATO military alliance and forever remain outside of the EU.

For its part, Europe will continue to eye Moscow with suspicion regardless of the outcome of the Normandy Four summit. Moving ahead, the European Commission’s new president, Ursula von der Leyen, has openly declared that she fully intends to preserve the EU’s interest in promoting democracy and a rules-based, multilateral international order – both of which Moscow is openly hostile to.

As she heads into the new year, one of the main tasks of the von der Leyen Commission will be to start a debate on how the EU plans to deal with Russia given the fundamental changes in the international system, least of which appears to be the Americans’ own abandonment of their role as the head of the Western democracies.

Whether any progress is made during the Normandy Four meeting remains an open question. The early indications are that few, if any, of the demands will be met. Regardless the outcome, any substantial improvement in the relationship between Europe, Russia, and Ukraine, as well as the United States, depends on all sides making tangible progress over a peace settlement that would allow all of the parties to return to some semblance of normal relations.