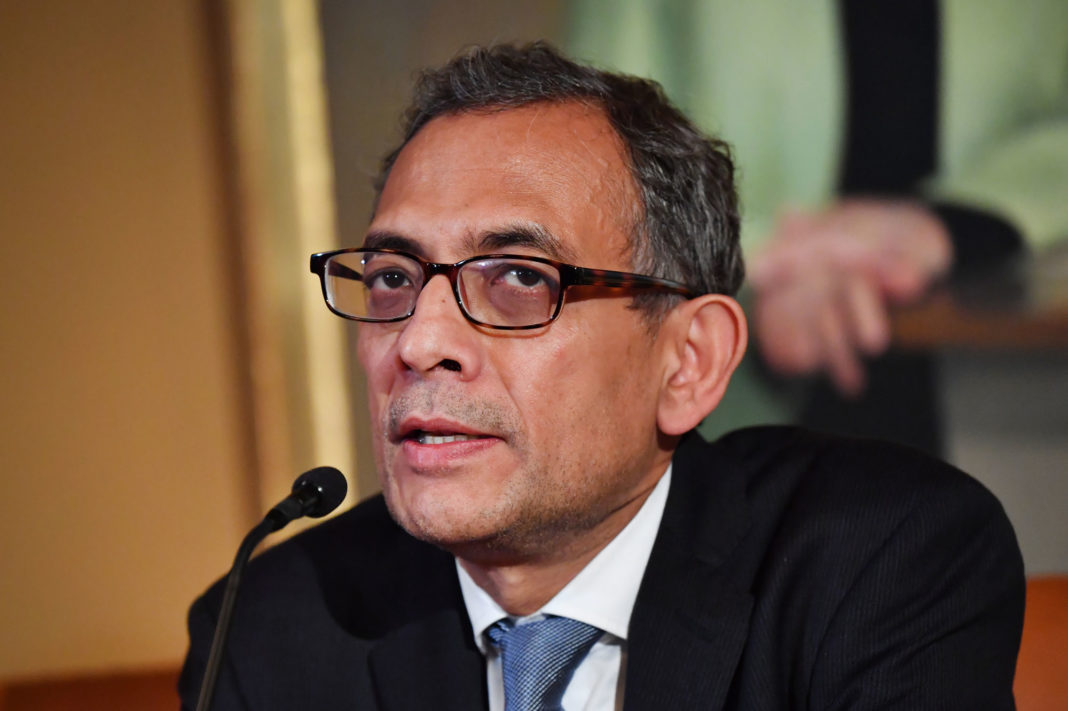 Indian-American Abhijit Banerjee, along with Esther Duflo and Michael Kremer, won the 2019 Nobel Prize in Economics for their work on finding new ways to tackle poverty.

While attending the Asian Financial Forum in Hong Kong New Europe’s Federico Grandesso sat down with Abhijit Banerjee MIT Ford Foundation Professor and the 2019 recipient of the Nobel Prize in Economic Sciences to talk about his work in order to reduce poverty, but also the global political and economic challenges that the world faces today.

New Europe (NE): First of all, what motivated you to start tackling poverty?

Abhijit Banerjee (AB): I always thought how anyone can be an economist and not been interested in poverty. We have a world with enough resources to avoid poverty. You want to work with poverty because it is the biggest challenge of our times. As an economist it is hard to avoid this question.

NE: Which, according to you, are the biggest global challenges in 2020 for the economy and the world’s financial stability?

AB: I don’t like to make forecasts, but It is true that we will go through a period of uncertainty. Mostly, though, I don’t see anything particularly big changing right now. The vectors are pretty set.

NE: About the overall health of the global economy, are there any indicators that worry you?

AB: Yes, there are many. The fact that rich countries are thinking about closing themselves off. If you think about what the driver of the world’s economy was for the last 30 years, you see that rich economies were open to the expansion of exports by countries like China and that was a clear message. Without that, Chinese growth would have been much more difficult. It is very important that the global economy stays open, especially for the countries that are coming up next. Countries like Bangladesh, Vietnam, etc. I feel then the issues of inequality have not been addressed because the reaction that you can see in the UK and US is, instead of doing something about an easy solution, is blaming somebody and cutting taxes on the rich. That is not going to address inequality.

NE: Do you think that capitalism is broken?

AB: It has been broken for a while. If you think about wages in the United States, they have been flat for 40 years so people stop believing anything you say. There was the narrative that in the long run everything would be fine, but nothing was fine. Rates are flat, mortality among white Americans is rising for the first time since 1919. There are problems of suicide and alcoholism. None of these issues have not been tackled.

NE: What is your analysis about the rise of populism in the world these days?

AB: I feel that the populist reactions are reactions to mistakes made by both the centre-left and centre-right, which were the governing parties in most developed economies for a long time. They promised to do something, but at the end these countries stayed in a a sort of status quo, with lots of inequalities that kept growing and very little was done to support people, particularly those who affected the most by globalisation. They are mostly concentrated in the north of England and the north and north-east of France. They all received promises, but not much has been done. The rise of populism in France, the UK, and the US is partly a reaction to these mistakes. The populists are just coming up with a different formula, something like “kick out the Mexicans” or “closed trade will always be good.“ I don’t believe in what the populists are offering, but I can see why people are buying it. Somebody promised that the normal market course for the economy would fix these problems and the truth is, they haven’t.

NE: In Italy, the government tried to alleviate poverty with a measure called ‘citizenship income’, do you think this could help?

AB: I don’t know if it can be the solution, nobody has really enforced it. The Finns implemented a small part of that, but it is not really a basic income. They just replaced other subsidies. These are still unclear recipes for how to finance a initiative like this and on what scale. We should talk more about it when there is real plan.

NE: With higher taxes, Europe could cut poverty. What do you think Europe should do in this regard?

AB: One of the problems that Europe has is it hasn’t ever tackled its tax coordination. Everything is very mobile within Europe, so everybody is scared to raise taxes. For this reason, the big EU economies like Germany, France, Italy and Spain need to coordinate and somehow raise taxes together. This will be very hard to do and the individual governments are right to worry. I think that the chances of this happening are relatively small and are relatively to a certain extent, I would say.

NE: We are now seeing a period of very low inflation at the global level, what is the overall impact from that?

AB: Monetary policies have been pretty tight and investments have been pretty slow, which mean most companies are sitting on cash, I think in the world economy there is so much cash in the hands of people. Now we are not constrained by the supply of credit, but we are constrained by demand. This is partly because inequalities are playing into this. It’s also because the cash is concentrated in a small group of people. Then, there is the aging problem, so savings are going up a lot and all of these things are putting pressure on demand and supply.

NE: Do you think that geopolitical tensions like the US-China trade war will have an impact on poverty alleviation in developing countries?

AB: I think it can if trade slows down. That is going to bad for a number of developing countries. In 2000, there was a set of policy changes that happened in the global multilateral scenario, including the setting up of a global fund for waxiness. This has been enormously consequential. In the last 20 years, infant mortality has been halved. This has been stunningly successful and I feel that the generous spirit of 2000 is gone and there is a kind of meanness in the air that I think is bad news. There are lot of projects that could be launched on climate change, but there is so little cohesion and so much meanness.