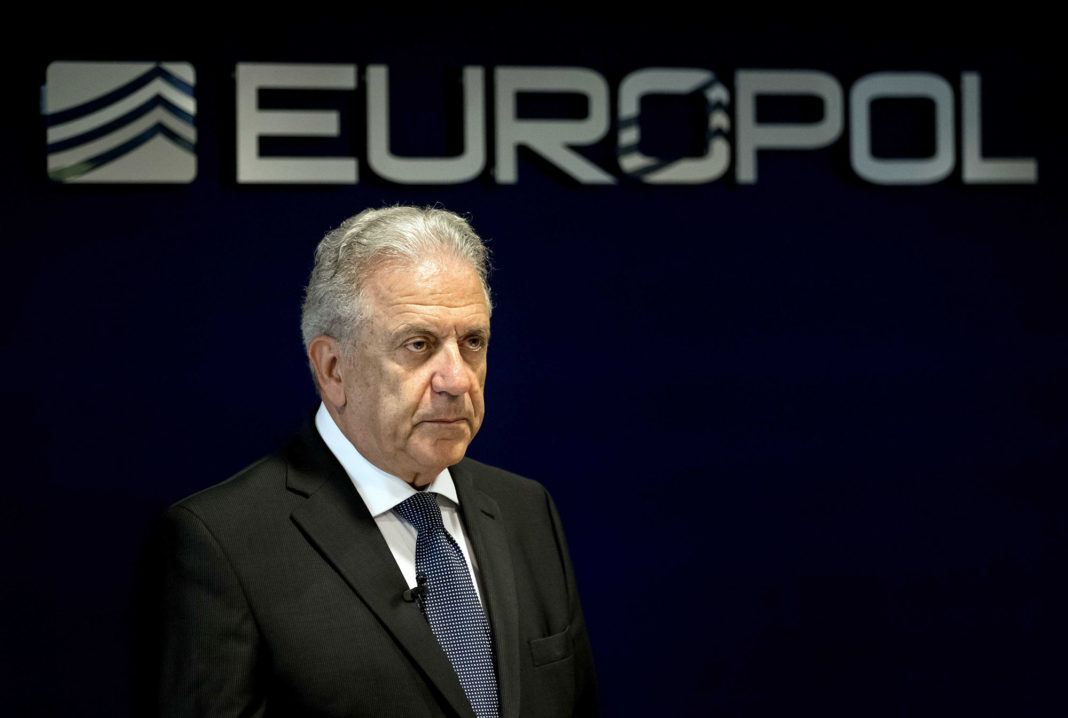 Building an effective and genuine security union that enhances Europe’s safety requires the bloc to tackle and destroy both terrorism and organised crime, and the lifelines that support them, by strengthening the bloc’s defence systems, said Dimitris Avramopoulos, the EU’s Commissioner for Migration, Citizenship, and Home Affairs.

To respond to the collective security needs, the leaders of the EU’s 28 members adopted a new strategic agenda 2019-2024 which provides the Commission guidelines for setting out the main actions needed for an effective European response to terrorism and security threats.

“This Commission made security a priority from day one. The European Agenda on Security, which I presented in 2015, has been our guiding principle and we have been working the past years to build an effective and genuine Security Union,” Avramopoulos told New Europe during an extensive conversation about the bloc’s approach towards collective protective measures. “The EU had to respond to a security crisis. Since the Paris terrorist attacks in 2015, and subsequent terrorist acts in a number of other Member States, it has become painfully clear how important cross-border law enforcement collaboration is.”

The European Union’s initiatives to fight against terrorism already includes information and intelligence exchanges, measures to counter radicalisation, and strategies to boost the bloc’s cybersecurity. Ongoing negotiations with the countries of the Middle East and North Africa, as well as with New Zealand, are a priority on the EU’s agenda. Deals with the regions would help ensure that data protection, privacy, and fundamental rights are protected.

“Since I took up my duties, we have taken decisive actions to modernise the European security framework through new legislation, reinforced operational cooperation between the Member States, and strengthened the role of our agencies to counter terrorism by closing down the space in which terrorists operate, with new rules making it harder for them to access explosives, firearms and financing,” said Avramopoulos, before adding, “We also stepped up information exchange to provide those on the frontline, police officers and border guards, with efficient access to accurate and complete data, making best use of existing information and closing gaps and blind spots”

The latest progress report about the Security Union focused on the threat of terrorist content online and called on the European Parliament and EU Council to reach an agreement on a proposed legislation from September 2018 that would see content connected to terrorist groups and cells purged from the web. The proposed measure would also enhance the EU’s commitment to the Crisis Protocol, a rapid response mechanism designed to contain the viral spread of extremist content online.

When discussing the threat that online content proposes, Avramopoulos noted that the EU “has addressed cyber and cyber-enabled threats by putting in place a new EU cybersecurity strategy and tackling disinformation to better protect our elections. Work is on-going to strengthen the security of our digital critical infrastructure, including reinforced cooperation on the security of 5G networks across Europe.”

The need for an improved information exchange between the EU security information systems also underlined the necessity for further action from online platforms in empowering consumers and the research community. The protection of 5G networks and the effective application of EU security laws across the bloc and an enhanced cooperation with the Western Balkans are pivotal points in Europe’s path towards a fully-fledged Security Union.

“We can be proud of many tangible results…but the most important is the change of our security mentality”. Avramopoulos said as he summed up the EU’s progress throughout the Commission headed by Jean-Claude Juncker. He noted that a genuine Security Union is possible through a “changed” mentality, but more efforts are needed to respond to the EU’s collective security needs.

“While security starts at home, we would be naïve to think that it ends there – especially today when the world we live in is more connected than ever before, and criminals or terrorists cooperate across national borders…This is why we have stepped up our security cooperation in our neighbourhood and with international partners,” added Avramopoulos. “Over the last five years, we have come a very long way and have accomplished much. But more remains to be done. We live in volatile and unpredictable times and our neighbourhood is torn apart by conflicts spilling across borders. Our own citizens are becoming radicalised by terrorism and attack innocent people in our cities. Meanwhile, nationalism and populism are on the rise. Security remains a key challenge for Europe and among the number one priorities for the EU. We should continue working together in order to deepen our Security Union and create successful police cooperation frameworks which one day could become a European FBI, which remains one of my proposals for the future.”