2016: A year of diminishing democracy in Thailand 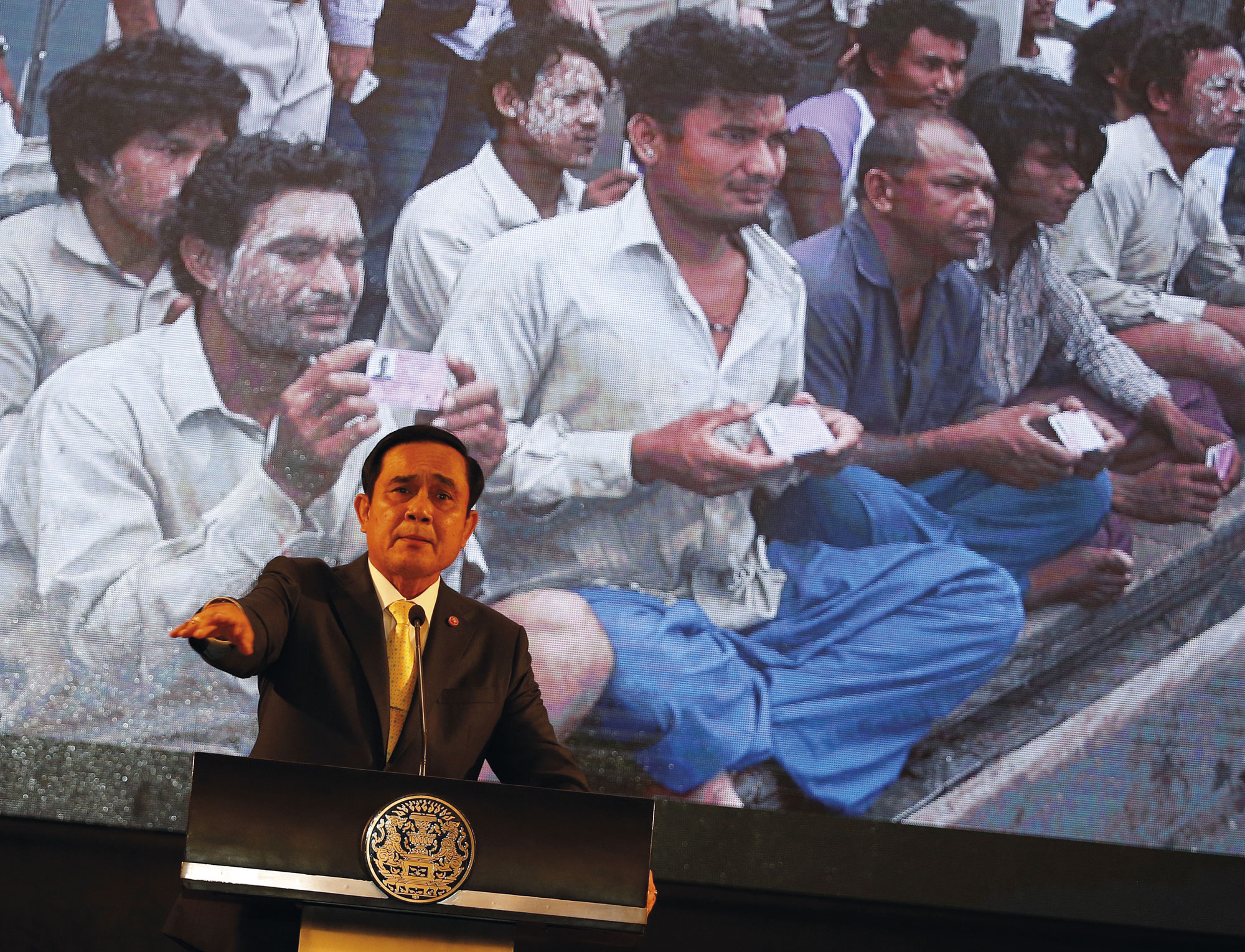 Thailand – Bangkok  : The contempt which Thailand’s ruler General Prayuth Chan-ocha shows for Western norms is hardly new. Since seizing power from the country’s democratically-elected leader, Yingluck Shinawatra, in May 2014, Prayuth has determinedly stripped away basic rights and freedoms. The international community and in particular Europe, has commendably displayed its displeasure.

But until now, the two have sparred at a distance, shadow boxing from afar. They have rarely come to direct diplomatic blows. But a straight fight is now shaping up and there is nowhere for Bangkok’s generals to hide. Two members of the European Parliament recently invited Shinawatra to address the legislature. Prayuth’s government has announced via the courts that it will not permit Yingluck to leave the country. This vindictive decision tells us a great deal about the extent to which the junta is prepared to isolate its own country in order to strengthen its own grip on power.

Not that anyone could possibly question Prayuth’s hold on authority. He has overseen a wholesale dismantlement of Thai democracy since last year’s coup with relative ease.

Soon after grabbing power, gatherings of more than five people were banned, effectively criminalising public protest. Since then, opponents, have been arrested and media outlets which dare criticise Prayuth’s regime have found themselves removed from view. Even top tier Western publications have fallen foul of the junta’s repressive tactics. Not for the first time, a recent edition of the International New York Times was left with a gaping hole on its front page, after the Bangkok censors objected to a piece which outlined Thailand’s gloomy economy and concerns over its political future.

And there seems little prospect of any improvement on the horizon. Prayuth and his cohorts have steadfastly avoided any commitment to an election, insisting first on the need for “stability.” When finally pressed on a public mandate for their rule, the junta recently admitted that mid-2017 is the earliest possible date for a ballot, a full three years after usurping the country’s democratic leadership.

The international community has rightly protested this awful state of affairs, which leaves Thai citizens helplessly watching democracy and freedom sail into the distance. Shortly after last year’s coup, the European Union suspended official visits and halted free trade talks with Thailand. The European Parliament recently approved a comprehensive motion condemning the myriad abuses which the junta has introduced, a powerful statement of disapproval. The United States too has made its feelings clear. A State Department report into trafficking pulled few punches by handing Thailand the lowest possible ranking due to the endemic abuse which mires Thai industry. Washington also recently expressed deep frustration towards the junta’s rejection of democratic, civilian rule during a Senate foreign relations panel.

Yet these important gestures have almost always been made at a safe distance, a disagreement on values rather than a face-to-face rebuke. So when the US Ambassador to Thailand, Glyn Davies recently had the temerity to criticise the Prayuth regime in its own backyard, the reaction was instructive.  Speaking to foreign correspondents in Bangkok, Davies criticised a recent spike in “lengthy and unprecedented prison sentences” for defamation, which are in practice used to silence opposition. Prayuth’s deputy Prawit Wongsuwon menacingly warned Davies to “think carefully before he speaks.”

The junta’s distaste for criticism at such close quarters means that the generals have refused to allow Yingluck Shinawatra to accept an invitation to address the European Parliament (EP), issued by Elmar Brok, chairman of the EP’s Committee on Foreign Affairs, and Werner Langen, chair of the EP panel for relations with Southeast Asia and Asean. In their letter, Brok and Langen highlighted the “worrisome” situation in Thailand since Shinawatra was ousted. Bangkok’s generals were hardly likely to enthusiastically embrace the opportunity for Yingluck to enjoy a high-profile stage at one of the seats of global power. However, the Supreme Court’s verdict that Yingluck’s reasons for travel are “weak” and that she must remain in Thailand is quite a public insult to the EU. And it is one that the country can ill-afford, given that Europe remains its’ second biggest investor and third largest trade partner at a time when Thailand’s economy is worryingly teetering. As such, denying Yingluck her day in front of Europe’s legislature is not only a measure designed purely to further muzzle public criticism, but a decision which is manifestly not in the best interests of the Thai people. And that surely is the ultimate mark of a dictatorship.

The decision exposes Prayuth’s rule for what it is – An autocracy concerned purely with self-preservation, which fervently places its own hold on power above the good of its citizens. Such a regime can have no moral mandate whatsoever. The ban on Yingluck is a direct challenge, not only to European values but to Brussels itself. Consequently, the EU should have no qualms about taking tangible action, including sanctions against Bangkok’s generals. It would be a powerful measure of support not just for Shinawatra, but for the very democracy and the Thai public which placed her in power.