17 Black: From Daphne to Dalli 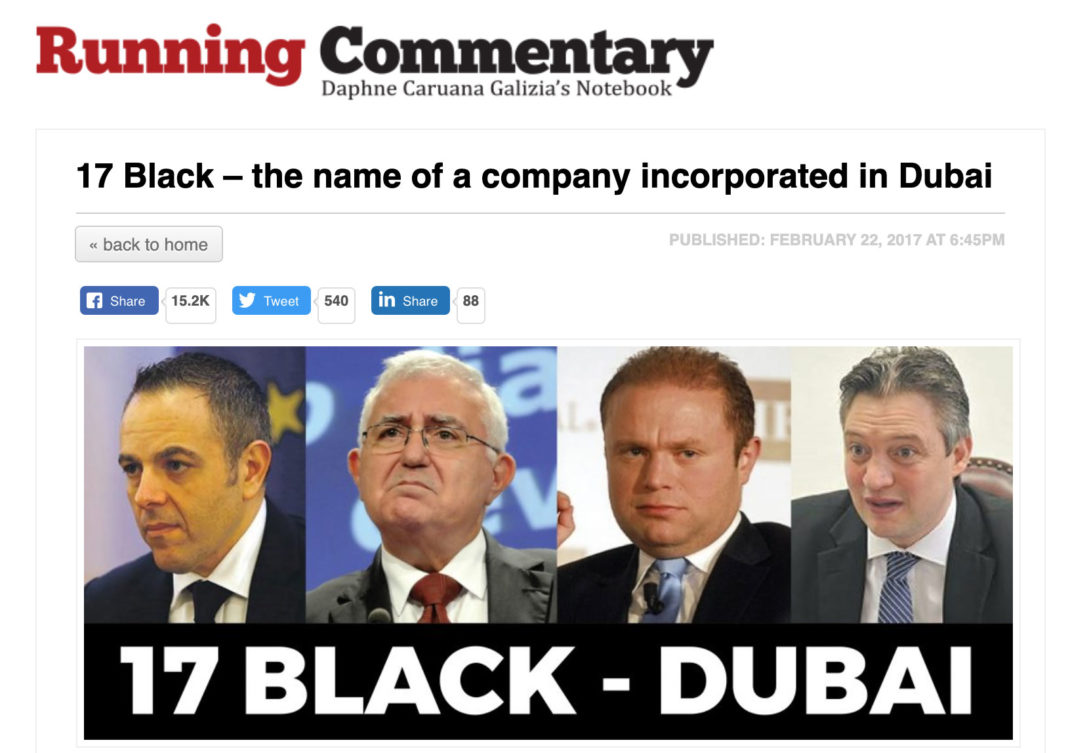 Daphne Caruana Galizia. The name has become so familiar in the EU capital, that everyone (even European Commission President Ursula von der Leyen at her first Press Conference last Wednesday) refers to her by her first name, Daphne, because everyone no matter high or low on the hierarchy stands against the atrocity that saw her life taken away, and our image of European democracy ripped open at the seams. But the name was not heard in Brussels for the first time after her brutal murder in October of 2017.

Although the journalist’s work was more than well known in Malta, ‘Daphne’ started to hit Brussels hard during the scandal of ousted Health Commissioner John Dalli. After whistleblowers came forward, an ensuing OLAF investigation found that an associate of Dalli, had in his name solicited a bribe worth 60 million Euro to affect tobacco legislation, and that evidence of telephone logs indicate that Dalli was aware of this.

Dalli, had complained in Brussels (and indeed in Malta, and wherever else he could) that Daphne had been collaborating with then OLAF chief Giovanni Kessler to take him down. At the time, he had even suggested there were secret back-channel communications taking place which were also thought to include Prime Minister Joseph Muscat based on “intercepted communications” whose authenticity can by no means be verified but have been seen by New Europe, which included the initials JM.

Since the trials of the second term of Jose Manuel Barroso as President of the European Commission, there have been two changes of guard, first with Jean-Claude Juncker, and now with Ursula von der Leyen. Many have certainly forgotten the face of John Dalli, while some might still remember his name.

Fast forward to February 22, 2017. Daphne posts a composite picture on her investigative journalism blog, entitled “17 Black – the name of a company incorporated in Dubai.” In it, are pictured Keith Schembri who resigned from the office of Joseph Muscat  (also pictured), now resigned Tourism Minister Konrad Mizzi, and none other than John Dalli – who has in this whole mess been pretty much been ignored.

And while we have no reason to even suggest that Dalli is in any way implicated directly or indirectly with the murder of Daphne Caruana Galizia, it is clear that she did believe there was a link between Dalli and the Dubai based company that was used as a tool to funnel to various politicians and interests that has caused the implosion of the Maltese political system.

What we will add to the story however, is that during the course of the OLAF investigation, Dalli was found to on more than one occasion have travelled to Dubai, for reasons which were confirmed not to be connected to his job as European Commissioner.